“It’ll Be as Accurate as a Viking Movie Can Be…”: DP Jarin Blaschke on Shooting Robert Eggers’s The Northman, Storyboarding During Lockdown, and Being Optimistic 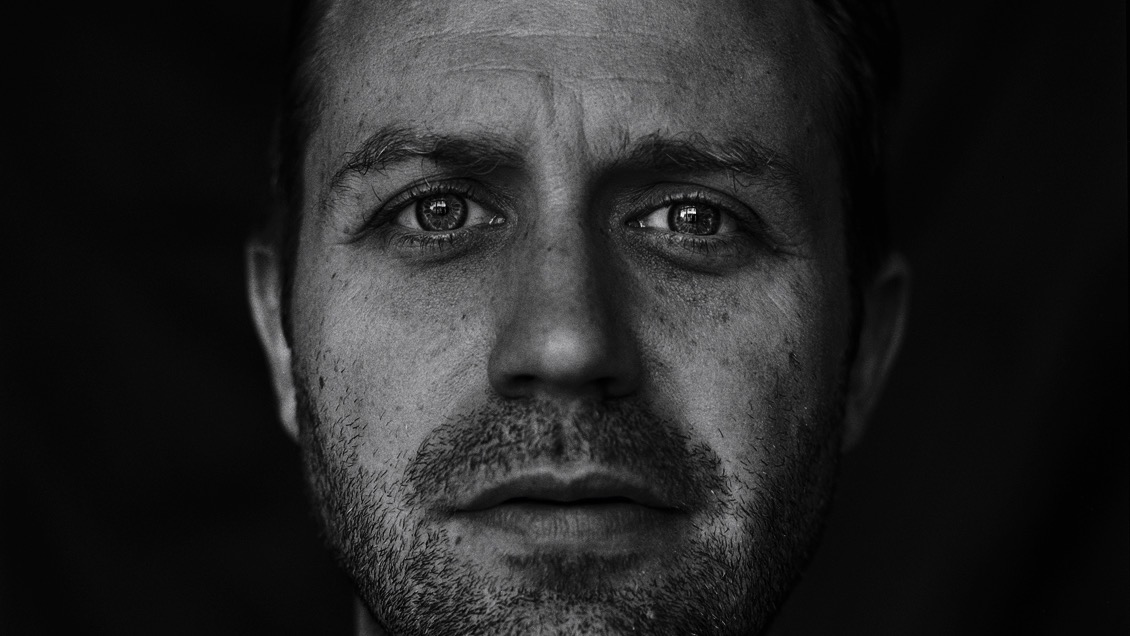 by Daniel Eagan
in Cinematographers, Interviews
on Jul 14, 2020

DP Jarin Blaschke was a week away from the first day of shooting The Northman, directed and co-written by Robert Eggers, when the Covid-19 crisis shut down production. This is Blaschke’s third collaboration with Eggers, after The Witch and The Lighthouse, for which he received an Academy Award nomination for cinematography.

Blaschke spoke with Filmmaker the day after learning that production on The Northman will resume at the end of summer.

Filmmaker: Where were you when the lockdown began?

Blaschke: I went to Belfast in November. We had five weeks of early prep work before the Christmas holiday break, then we came back to begin ten more weeks of proper preproduction. Instead, we worked nine weeks before they halted the production. That was a week before we were supposed to shoot.

I was in the midst of my last tests. I was testing moonlight gels, fire effects and lighting ratios. The actors were there, so we were also rehearsing and testing hair and costumes. Our knees were bent, ready to jump in. Then they just halted it.

We worked one more week in the office after that. Then I was given six more weeks of work, thankfully, to keep planning with Rob, designing shots for the film.  We were both in Belfast, working over Skype.

We’re used to walking around the scenes together in space, even role-playing sometimes. Even in an office it helps to move around things in three dimensions. So Skype was a bit of an adjustment.

However, we would have gone into the shoot still shot-listing and storyboarding on weekends, throughout the shoot. When we go back now, we’ll have the whole film designed, if not storyboarded. It’s very complex, incomparable to the last two movies — not just in overall scale, but in the ambition of the visual language on top of everything. We are stretching ourselves as far as we can. To succeed, it’s helpful to plan the hell out of it, and now we’re a lot more prepared than we would have been.

Filmmaker: Is storyboarding this much a different process for you?

Blaschke: Usually we storyboard perhaps 10% of the movie, but this one is so complex. We will pretty much have a graphic novel of the film ready by the time we shoot. In the whole film, there are only two stationary two-hander scenes that come to mind. There are a lot of crowd scenes. We’ll have to figure out what the rules are for those when we go back. I don’t know the protocols yet. We had a very encouraging call today about going back, they’ve resumed construction on a part-time basis. It’s very encouraging.

We’ve had 21 weeks of prep so far but we’re still funneling shots through the storyboard artist. He’s probably the busiest crew member right now, he’s a lot busier than me. I just take our ramshackle notes of the scenes we’ve designed, make thumbnails of them, maybe improved thumbnails of sloppy thumbnails, send them to Rob to approve (or not), then they are off to Adam, our artist. You’d think you’d be done, but the multiple-pass storyboard process always raises fundamental questions and problems — things that aren’t apparent when it’s just a concept floating around in your brain. Fortunately, that’s an additional burden we get to remove from our time on set.

The odd thing about our approach is that we’re trying to take very complex scenes and put them in a streamlined visual language. That’s been a big adjustment for we people coming from smaller films. On the page, scenes in this movie can have a lot of beats. Because Rob’s one of the writers, we’re seeing if we can sort of arrange the beats a little differently, as we shot-list and storyboard, to fit a more distilled shooting style. The hope is to flow from one thing to the next, as each idea is fully but succinctly realized, rather than tossing a multi-camera salad. It focuses the movie visually but it’s a lot of mental gymnastics. And we haven’t even introduced these ideas to reality yet. It all sounds like embarrassing hubris when you verbalize it. I’ll stop here because we have nothing to show for it yet.

Filmmaker: So you anticipate shooting this summer?

Blaschke: The end of summer, yes.

Filmmaker: Will it be difficult to reassemble the cast and crew?

Blaschke: Everyone’s kind of taking a break at the same time because we were so close to shooting. We have standing sets. Not all of them, but we have major sets on the sides of hills right now, almost ready to go.

We’re having Viking ships made. They were supposed to arrive mid-shoot; now they’ll be ready in the beginning. That opens us up as far as scheduling the marine work. Now the boats will be fully tested before day 1. (Knock, knock.)

Filmmaker: And once the actors return you will have to make additional adjustments.

Blaschke: Yeah, to an extent. But we’ve gotten pretty specific. If felt necessary given our modest experience level. We’ve had the benefit of standing sets to walk around, to get our heads around it all. In the office we also had 3D models of built and unbuilt sets on 3D-printed landscapes, which really help with scene design when you’re not there. Even right now I have a big plan of the farm in front of me. I have transparency sheets with big V’s on them to depict angle of view for various lenses, a V for a 24, a 27, a 35 and so on. I can just throw them on the plans and see what the lens would see from looking at the overhead.

Filmmaker: Will you need to do more camera tests?

Blaschke: I’m determining that now. If anything, just a final, technical calibration of a unique look I’ve come up with for some scenes. I also go back to our last test now and then, studying what to adjust as far as film stock or exposure level or lighting levels or grading. We’re shooting film, but we’ll have a LUT for certain looks ready as opposed to finding it on the first weeks of dailies.

Filmmaker: When we first spoke you were ill. Are you okay now?

Blaschke: I didn’t have any typical symptoms. But with anything you get paranoid right now. My lymph nodes were swollen and sore, my body was fighting something, and then one day my energy just plummeted. I was with my daughter and I was supposed to be teaching her. I just couldn’t pay attention.

She went back with her mom as soon as possible and I just recovered for a few days. I slept a lot, ten hours a night. Wasn’t doing much else. Just taking zinc and vitamin C like crazy, oil of oregano, all the other hippie stuff. Yesterday I woke up feeling great all of a sudden. I don’t know what that episode was, but it was enough to be cautious. Luckily and gratefully, the other two humans were not affected.

Filmmaker: Is it frustrating not being able to work?

Blaschke: Yeah, but at the same time I’m very grateful. I know of so many projects just being outright cancelled. People getting their first break as a director, finally, it’s taken them decades to get there, and then having it go away. I’m just utterly grateful again to have work over the break, and also to, seemingly, go back very soon.

So much was invested money and time wise. We were so close to shooting. That level of readiness made coming back much more likely. Most people are much less fortunate. I’m well aware of that.

Filmmaker: Is money an issue?

Blaschke: Any other year of my life this would have been devastating. I would have been at my parents’ place or something. I can get by for a few months. It looks okay. I’m very fortunate.

Filmmaker: Are you worried about getting rusty?

Blaschke: No, I only shoot one feature, maybe two, a year anyway. I keep myself fresh as far as the planning process. Usually I prep and shoot an entire film in less time than just the prep on this film.

The time from when I got the script to the time when we started prep was pretty short. Usually when I start preproduction with Rob we have a pretty solid visual idea, at least with the last two movies. The Witch we had three years to think over. The Lighthouse probably had something like that too.

For this, I read the script and then a couple months later we were prepping it. The long time since and then the delay have helped to further solidify the look.

Filmmaker: What is the look?

Blaschke: I don’t want to get too detailed since we haven’t shot anything yet. It won’t look like Rob’s other movies but our underlying goal is still to create something subjective and formal at the same time, just done differently. It’s not shaping up to be a very cutty movie. We don’t want long takes just to have long takes — it’s more about focusing ideas as much as possible, and also giving more power to the cuts when they happen. We are testing the limits of how visually succinct you can be while still conveying a lot of information. This is the precious BS we obsess over. Let us know how we did when we have something to show for it!

Filmmaker: This won’t look like a Hollywood Viking movie.

Blaschke: It’s Rob’s, so it will be accurate as hell. Well, at least as accurate as 1,000 years ago can be. I don’t want to exaggerate, but I believe there are four field-leading Viking historians advising. So it’ll be as accurate as a Viking movie can be, from the ceremonies, the dress, hair styles down to even the fighting styles. The way they would be using their swords has all been investigated. I’m happy to boast here because it has nothing to do with me.

For me it was hard to find the look at first. There aren’t really any visual references from the time apart from carvings, shards of tapestries, things like that, and they don’t exactly inspire a way to shoot a movie. There aren’t paintings with any sort of detail that you can reference, no direct mood or tone from that time that you can evoke photographically. You kind of have to invent it from within, just make cinema as best you can with whatever leads you. So the world-building really falls on the other departments this time. That’s why my playground centers around the visual language right now. And with the job art and costumes are doing, I’m not worried at all.

Filmmaker: What will it take for you to feel safe getting back on a set?

Blaschke: For better or worse, in life I’m not a big worrier. The safety issues have been discussed, and precautions are being put in place. It’s more down to Rob, does he have to redesign the bigger scenes or not. It is a larger film, and, like us, Regency (the studio), wants it to feel like a larger film. A big part of that is having set pieces, having crowds. We all want it to feel like a big story, a timeless story and we are eager to deliver that in a responsible way.

Filmmaker: Your optimism is encouraging.

Blaschke: If you spoke to me yesterday, I would have … … well, I’ll just vaguely say we had an encouraging call today.