“My Understanding of the Central Metaphor Has Deepened”: Editor Sara Shaw on John and the Hole 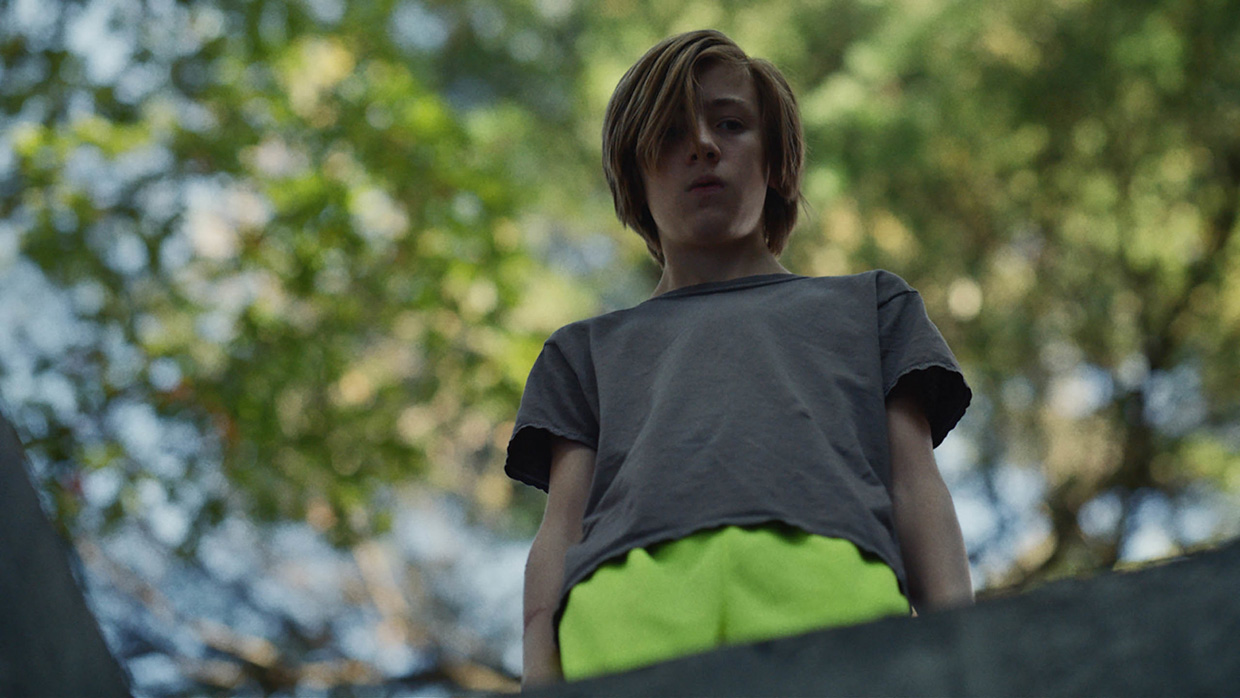 John and the Hole

In Pascual Sisto’s John and the Hole, John (Charlie Shotwell), seemingly unprovoked, drugs his family and tosses them into a bunker where he holds them captive. Written by Birdman co-writer Nicolás Giacobone, John and the Hole is a zoomed in look at the psychology of boyhood. Editor Sara Shaw discusses the parallels between the isolation of the pandemic and the experiences of John and the Hole‘s protagonist.

Shaw: I loved the script and was impressed by how thoroughly Pascual understood and described his intended stylistic approach when we first spoke. We had some great conversations about sound design and music and how they could be integrated. I think he hired me in part because he saw a short film that I’d directed, and he didn’t think it was terrible.

Shaw: I think our main concerns were pacing and the order in which information was revealed to the viewer. Carefully timed reveals are crucial to the storytelling of this film, and we worked to make sure they were as precise and impactful as possible. Another goal was to portray John’s internal emotional state as vividly as we could while staying true to the film’s overall detached and minimalist style. Rearranging scenes and beats within sequences helped achieve this. And it was a pretty big breakthrough when we discovered Catarina Barbieri’s music, which brought new depth to the story and perfectly evoked John’s emotional isolation. We also spent a lot of time trying to find the right diegetic music for John to listen to. The script contained ’80s pop hits, but they didn’t feel quite right in the edit, so we ended up using a Bach piano piece that Charlie, who plays John, knew how to play on the piano.

Shaw: We worked on getting in and out of scenes in a way that created a sense of destabilization for the viewer. Nicolas Giacobone, the writer, was very involved in watching cuts and giving input during the edit. He and Pascual wanted to keep many aspects of the narrative open-ended, to avoid explaining too much about John and his motivations.

Shaw: I went to NYU’s grad film program and focused on editing while I was there. I have a music background, which I think influences the way I think about story, pacing, and dynamics, as well as the relationship between sound and image.

Shaw: We used Premiere, I think because Pascual wanted to be able to more easily integrate some of the VFX work that he did in After Effects.

Shaw: I think my understanding of the central metaphor of the film has deepened. I feel like I became more immersed in John’s isolation and confusion, even though his motivations remain opaque. It was a strange experience to be finishing the film just as the pandemic was overtaking New York. I feel like there’s been a blurring of the boundaries between the world of the film and the surreal and disorienting experience of living through the pandemic. There’s some emotional continuity in the onscreen and offscreen experiences of isolation and disconnection.