“The Film Is Quite Literally Magic and Realism”: Editor Cyndi Trissel on Marvelous and the Black Hole 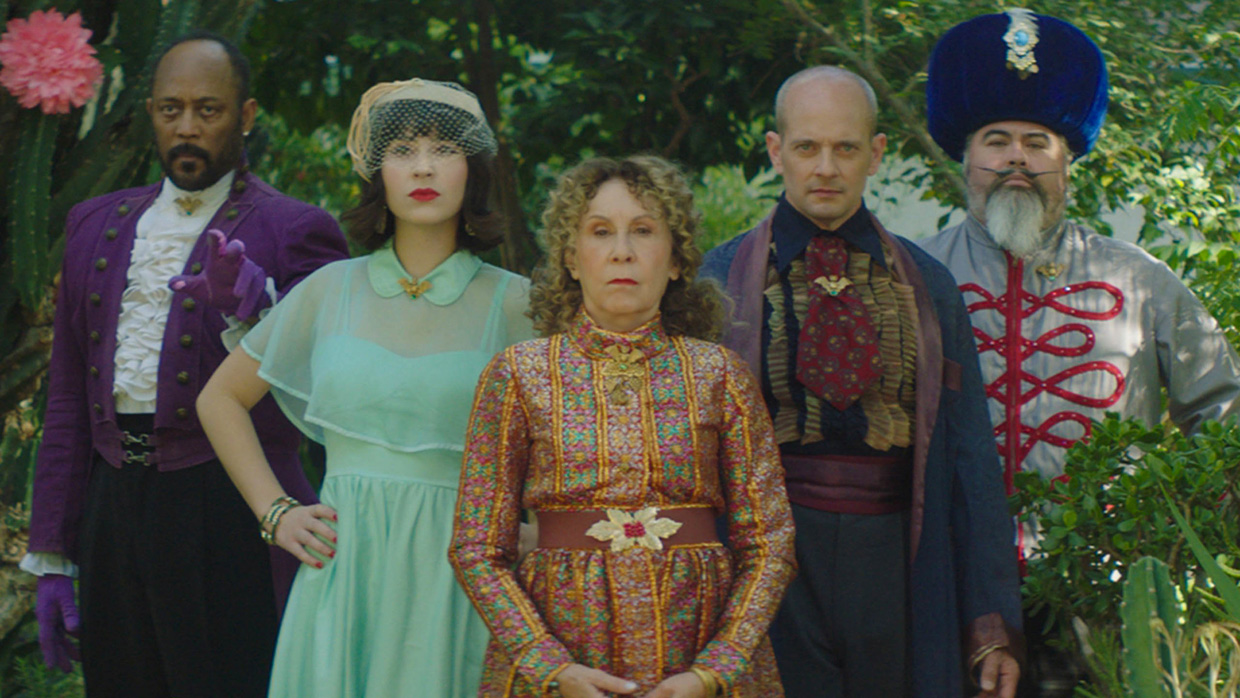 Kate Tsang’s debut film Marvelous and the Black Hole follows thirteen-year-old Sammy Ko (Miya Cech), who struggles with delinquency shortly after the death of her mother. After meeting Margot (Rhea Perlman), a magician dead set on taking Sammy as her assistant, Sammy reluctantly begins a friendship with her and learns to heal through the expressive art of sleight of hand. Editor Cyndi Trissel tells us how they captured actual magic in the film’s final cut.

Trissel: I was recommended by an editor friend, Ryan Denmark in New York, who I’ve been working with for many years. After some scheduling challenges and logistics with him still living in New York City and me being in Los Angeles, we actually ended up co-editing the film together. I would cut in LA and he would cut in NYC and we would email bins and media back and forth. When it came to working with the director Kate, I worked with her locally at my studio and we would Skype with Ryan at the same time on a laptop, until he had to jump to another project. It was, in a way, remote editing before the pandemic had even started.

Trissel: As an editor, I think capturing moments of genuine emotion is always the goal, no matter what genre of film or style, achieving a genuine emotion within each scene and overall is always what I strive for. I remember we worked on the beginning of the film quite a bit, it’s interesting because I have noticed in many projects I have worked on, often the opening scene gets drastically cut up or even omitted by the final cut, and this film was no different. I’m sure some film critic or theorist can do a paper on why that is exactly, but it seems to me that generally, it’s better to get the film started and into the meat of it as soon as possible. Overall, when editing a film, a mentor of mine used to say “don’t bore, and don’t confuse” and I always think of that as I cut scenes, it always rings true.

Trissel: Sammy is a complex character who is hurting because of the loss of her mother and is lashing out at the world. We tried very hard to shape her performance to keep her from being an angry unlikable teenager, to instead being a relatable, vulnerable and lonely teen struggling with feelings of abandonment, sadness, and anger. It was important to try and illustrate her vulnerability in scenes where she is alone and when she retreats into her imagination. The other section that I remember going through lots of changes was the breakdown scene towards the end, we really wanted to show the fractures in her mental state and we needed to use jump cutting between previous scenes and to convey that. We did several feedback screenings to see if we had achieved those things, and ultimately I hope we did.

Trissel: I started editing at KNME, a local PBS station in Albuquerque, NM. I was there for almost ten years, until I decided to go to Graduate school for film and was accepted at the American Film Institute Conservatory, where I received my Master’s degree in Editing. Because I had been working in local TV already, I was one of the older fellows at the AFI, and switching careers and moving to LA was a risk. In the years since graduating I worked hard to find opportunities that allowed me to edit as much material as I could find, while balancing the very necessary climb as an assistant editor upwards in the business. I have edited several indie features and indie documentaries as well assisting on many projects. I am still trying to make that climb and look forward to new opportunities to both edit and assist on projects everyday.

Trissel: We used Avid Media Composer because both Ryan and I were well versed in it and we were sharing and emailing bins with cuts and media across the country and it was the best platform in our minds to be able to do our long distance editing collaboration.

Trissel: In order to convey the magic tricks we used as many “tricks” of the trade, both practically on set and in editing—but since it’s magic, I don’t think it’s wise to give it away! We also utilized several “magical” imagination animations, as well as compositing. We wanted to use Sammy’s imagination sketch animation elements to clearly land in her point of view and illustrate how she was feeling.

Trissel: Again, we used a mixture of practical magic effects and VFX compositing tricks to do all of the various magical elements in the film, I always shy away from the term “magical realism” because it’s used so much but I think the film is quite literally Magic and Realism and that wouldn’t have been possible without the use of the practical magic and in some case VFX to solve that, as well as the compositing of the wuxia style film elements and of course, the rabbit at the end of the film.

Trissel: I think whenever you first read a script there are ideas of what that film is about and how that film will ultimately look. No matter what film you are on, indie or otherwise, once you reach the end of post and it’s about to screen, you realize that it has become something different and that’s often wonderful, because it’s a collaboration of everyone’s imagination, insight, craft and passion. To me, that’s what makes the medium of film special, it starts in black and white on the page and becomes something different once created. It becomes something new, and you are glad to have been part of of it. Everyone from a PA to the sound mixer has made the film what it is with the choices they made, big and small, and that collaboration is what it’s all about, seeing that final thing and knowing you helped make this thing, with these people, at this moment, for all to see, if you are lucky, and that’s MAGIC.