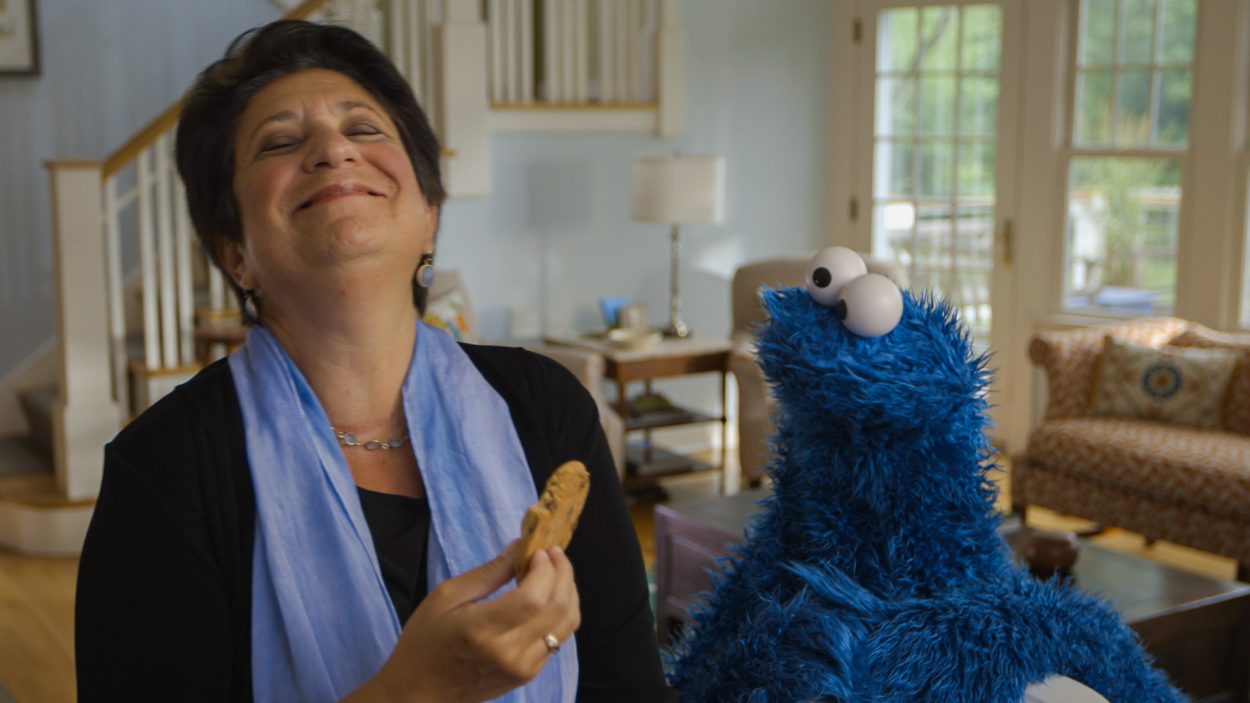 by Laura Wilson Fallsgraff and Jon Reiss
in Distribution, Filmmaking
on Apr 22, 2021

The past year has thrown everything but the kitchen sink at filmmakers, disrupting distribution timelines, cutting the legs out from under theaters, and depriving our community of opportunities for networking, sales, and press. But there have also been bright spots. While contending with major disappointments this year, many filmmakers have successfully pivoted to unique and impactful releases — models that are worth learning from and iterating on in the years ahead.

It’s tempting to reminisce upon the “before COVID” times with rose-colored glasses, but independent filmmakers were struggling to get by long before 2020. Following its completion in 2018, our own feature documentary No Small Matter had run into the familiar distribution hurdles faced by many other filmmakers. When directors Daniel Alpert, Greg Jacobs and Jon Siskel conceived of this impact-driven documentary about the importance of high quality early childhood education (ECE) in America, we knew it wouldn’t be a festival darling. Yet despite positive reviews (100% on Rotten Tomatoes) and grassroots energy around the project, nearly a year with a sales agent yielded no results. And then COVID hit, weeks before a nationwide theatrical release in partnership with Abramorama. An outside observer might have assumed that we were, well… screwed.

Yet without those traditional markers of success, No Small Matter has reached millions of people all over the world through more than 1,300 grassroots screenings, DIY educational distribution and 13 million social media impressions. While we didn’t get a big payout from a network, the film and spinoff videos about early education have proven to be profitable — earning our team more than $250,000 in grassroots sales and reaching an estimated 185,000 people via community events. Equally as important, No Small Matter has helped spur real-world impact around the country — in campaigns for additional state funding for early learning from Alabama to Vermont, bridging gaps between children’s health and children’s education, and lobbying Congress for the most-ever funding for early childhood education ever committed in the 2020 budget.

The secret sauce for this successful grassroots release? We built a direct, long-term, and authentic relationship with our core audience — primarily, early educators around the country and the organizations that reach them — starting in pre-production.

We hope our experience can help our fellow filmmakers navigate the increasingly difficult and unpredictable world of documentary distribution, with or without a pandemic. Here are tips we’d like to share from paving our own way with No Small Matter.

No Small Matter was always intended to put engagement front and center, so it was important to us not to leave our campaign planning on the back burner during the film’s production. We decided to host a brain trust with big national players in the world of early childhood education during pre-production, drawing on their expertise for our storytelling and laying the groundwork for partnering on distribution. We went on to feature many of these experts in the film, while we continued to periodically check in with others throughout production and post.

The advice that came out of that meeting, including suggestions for additional partnership ideas, created a chain reaction of networking opportunities that we doggedly pursued for more than two years of production. We took a couple different approaches to building these relationships — reaching out for expert advice on niche subject matter, or sometimes creating opportunities for partnering on social media, press or blogs to highlight each others’ work (here is an early example). We also began hitting the conference circuit early on, showing samples and trailers at big national convenings and traveling to give keynotes about our plans for the film. At every opportunity, we would put up a slide encouraging attendees to text to join our email list, which grew to several thousand during this period.

All of these conversations and promotional opportunities were accompanied by extensive research on policy at the state and national levels, which we boiled down into a comprehensive impact campaign plan, ready for potential funders and partners before the film’s completion.

We have to be upfront: early education is a hot topic for big foundations  — which allowed our team to fundraise for both production and impact early on. We were lucky to secure a matching grant commitment from one foundation, which we leveraged to ask four additional foundations in this space to give at the same amount. This seed money gave us time to plan. In addition, these sign-ons from universally recognized foundations like Gates, Kellogg, Bezos and more gave us additional cache for early outreach to potential interviewees and partners. We share this because planning for distribution and impact without the financial support to do it is really tough — we’re not pollyanna-ish about everyone’s ability to invest in the work we describe below, and wish all filmmakers had the stability to start thinking about impact and distribution as early as possible.

No Small Matter was always driven by the potential for real-world impact, and early research showed that educators and parents alike were hungry for digital resources about caring for kids. So, we took some of our early impact funding and began building an audience online, with a YouTube video blog, Facebook community, Twitter, and even Pinterest. Our secret weapon? An incredibly dynamic, dedicated preschool teacher featured in the film. Ms. Giannini wrote and hosted our video blog, helping produce shareable videos like “You Know You’re a Preschool Teacher When…”, “How to Make Fluffy Slime” and “Using Sign Language with Preschoolers.” To drive traffic to this series early on, we spent a small advertising budget on Facebook and YouTube, A/B testing and optimizing our content to grow a highly engaged community, primarily consisting of women and educators.

We continued to produce additional unique content for our followers, utilizing outtakes from the film, motion graphics explainers, and partnering with major national organizations like the Nurse Family Partnership to shoot and edit new videos on topics we couldn’t fit into the forthcoming film, such as home visiting. By the time the film was released, we had more than 3,000 YouTube subscribers and our Facebook fans exceeded 8,000 — a healthy foundation for promoting No Small Matter’s launch and driving online conversation around the film.

There is an incredible diversity of stakeholders when it comes to child care and early education: Head Start, providers and their membership organizations, health care providers (maternity wards, mental health professionals, pediatricians, children’s hospitals, and more),K-12 educators (who pick up where preschool teachers leave off), parent groups, employers, colleges and universities, among many others. In order to reach them, we pursued formal partnership agreements, often including community screening discounts, with national organizations representing many of these constituencies. Our most fruitful collaborations were with chapter-based organizations (the National Association for the Education of Young Children, the National Infant Mental Health Association and United Way Worldwide), who could offer their No Small Matter discount to their state and local affiliates, many of whom took the film and ran. To ensure a healthy, long term relationship, we worked hard to make sure these partnerships were truly reciprocal, centered around ways we could be useful to their important work on the ground — not just driven by sales. That responsive, high-touch approach was driven by our committed engagement team, all of whom continue to help partners strategize their events, deliver custom media packages suiting their needs, and think creatively about new avenues for outreach. (See #5!)

As soon as we realized that No Small Matter was not destined for a high-profile festival release, we began laying the groundwork for community screenings. Thanks to these early partnerships, our team made some community screening sales early on that allowed us to hire an outreach coordinator — someone who could handle print traffic, work with event hosts, and eventually begin researching and pitching new sales. Word of mouth from screenings led to a snowball effect of 2300+ inquiries, causing us to expand our team to include an additional screenings coordinator and sales coordinator, who researched and mail-merged potential screening leads weekly. She regularly demonstrated healthy returns on her sales outreach, and together, the team comprised a well-oiled distribution machine that was worth investing in.

We started hearing some “no’s” from our target festivals in winter/spring of 2018, as it was becoming more and more urgent to release the film. (We had hoped to align with midterm campaigns around ECE funding at the state and local level.) So, when local foundations began approaching us to use No Small Matter in advocacy campaigns in California and Vermont, we decided to unleash the film for preview events, premiere status be damned. It was all a bit unconventional, and frankly a bit last minute, but the campaigns helped prove our impact model, leading to unprecedented new investments in early education in both states in their 2019 state budgets.

We hesitated to open the floodgates to additional, public facing events. But demand for the film continued to increase from advocacy organizations, professional development groups, and others. So, knowing a splashy festival premiere was unlikely, we let No Small Matter take off, running a robust grassroots screening campaign, with events hosted by an estimated 1000+ organizations worldwide.

Of course, we are still filmmakers who value a traditional theatrical experience, so in early 2020, we began planning one final hurrah for the film with distribution partner Abramorama, booking over 60 theaters around the country and theatrical premiere runs in New York, Washington, D.C. and Los Angeles.

Of course, we had not planned for a global pandemic, and the country shut down a week before our scheduled New York City premiere. So once again, it was time for No Small Matter to think outside the box about how to achieve our goals.

Next week, we’ll share how we successfully adapted our film’s theatrical release to a socially-distanced world and offer suggestions for how fellow filmmakers can do the same.

Laura Wilson Fallsgraff is an impact producer based in Chicago and she was the Co-Producer and Impact Producer of No Small Matter. Jon Reiss helps filmmakers craft and execute distribution and marketing plans for their films through his company 8 Above.  He supervised the theatrical and VOD campaign for No Small Matter.