No Small Matter, Part Two: Four Tips on Releasing an Independent Documentary During a Pandemic 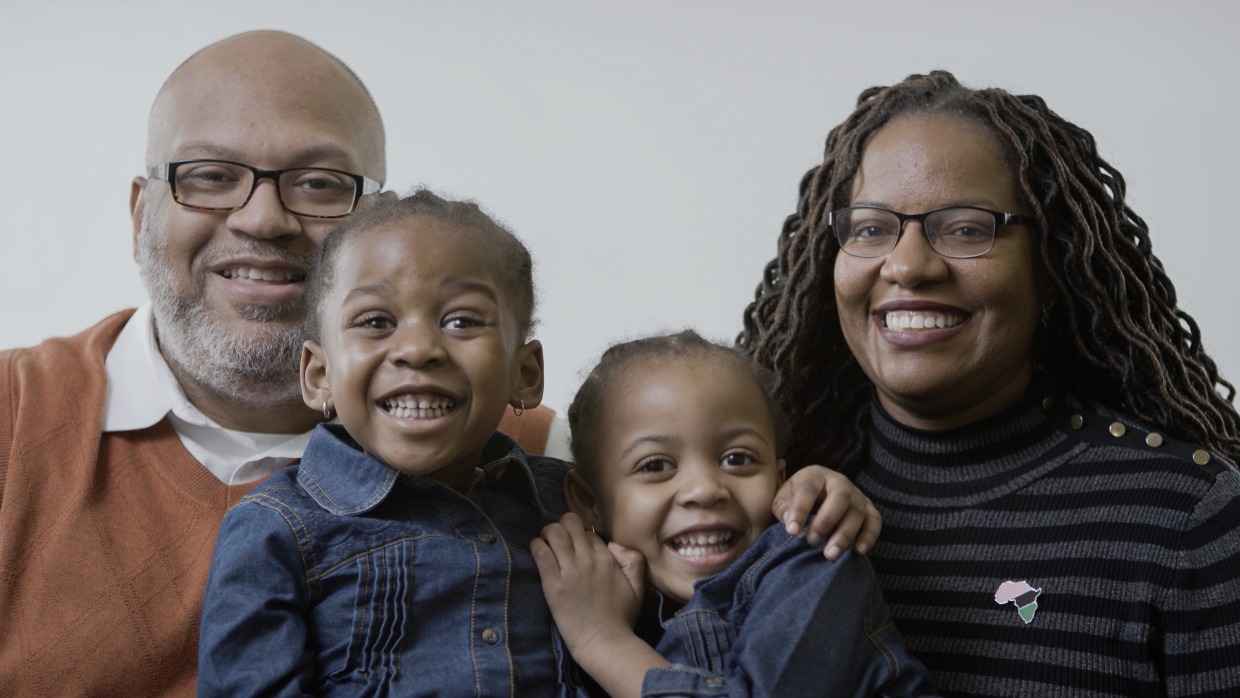 by Laura Wilson Fallsgraff and Jon Reiss
in Distribution, Filmmaking
on May 5, 2021

Last week, we chronicled the winding but rewarding grassroots impact campaign for our feature documentary on early childhood education, No Small Matter. But we left off at a critical juncture we know many friends and colleagues faced this year — to release or not to release an indie film during a pandemic?

Last winter, our team brought on distribution strategist (and this article’s co-author) Jon Reiss to help determine the best way to create a final launch for the film with a theatrical and VOD release to reach beyond our grassroots outreach. With Jon we began working with Abramorama and Passion River to stage one last hurrah for No Small Matter, a film that had already been shown at nearly 1,000 screenings around the country: A 60+ city theatrical release, scheduled for, you guessed it, March 2020, including weeklong runs in New York, Los Angeles, and DC theaters leading into wider release in early April. It would all build up to the VOD release during the national Week of the Young Child, when early education advocates around the country lobby for funding and raise awareness about the importance of this issue.

Everything was looking up; we worked with Abramorama’s bookers to reach out to local early education organizations in every one of the nearly 70 cities booked to host panels and conversations focused on state or local initiatives that could drive traffic to the theaters. Our national partner organizations were ready to promote the heck out of the runs. But before we hopped on our flight to D.C. for our first press screening… lockdown.

It was obvious that No Small Matter would not be showing in physical theaters that spring. We discussed trying for a fall 2020 theatrical run, hoping that perhaps life might return to normal — but guessing it wouldn’t. Still, as lockdown dragged on, we realized there was an urgent need for a national conversation about early education and child care, as child care facilities around the country closed down and working parents began crying out for help. Never had the need for better investing in child care for children zero to 5 — once considered a private concern for parents to work out on their own — been so jarringly apparent. And, there was buzz on Capitol Hill that Republicans and Democrats were willing to come together to include relief for America’s child care providers, who had seen their incomes plummet despite the skyrocketing costs of PPE and social distancing, in a second COVID package.

We regrouped with Abramorama in late April. They were developing new live online event services, which were starting to show success for several of their other titles. We all came together and agreed that releasing No Small Matter as soon as possible, with a live, nationwide streaming event, would have the greatest impact and reach. The event came together fast and furious and was scheduled for June 25th, 2020. This date lined up with the Congressional calendar,  came just before the July 4th holiday and was day and date with VOD on June 25th and DVD on June 30th (DVD is always Tuesday) in an attempt to consolidate press around both. We crossed our fingers and got to work. We began by building a full evening’s program around the film — one that could attract a diverse audience of educators and parents, raise awareness about the impact COVID-19 was having on America’s child care industry, and that would help drive action to solve this crisis. In brainstorming creative ways to engage parents in particular, we dreamed up the idea for a “Virtual Yellow Room” pre-show — the name of the preschool classroom featured in the film — hosted by teacher Rachel Giannini for parents to co-watch with their young children. Rachel worked with director Greg Jacobs to produce this unique virtual variety show remotely, doing activities with her “class” of kids on camera over Zoom — everything from from magic tricks to “show and tell” to a dance party with Angelique Kidjo. Rachel and Greg also recruited several celebrity cameos for what we began calling the “Virtual Yellow Room Half-Hour Variety Hour,” including children’s book author Kristi Yamaguchi, comedian Jack McBrayer, Grammy-winning banjo player Noam Pikelny (Punch Brothers), and more.

At the same time, our engagement team was hard at work building partnerships and content that would help drive traffic and convert viewers into advocates after the show. We secured five major national partners — NAEYC, Child Care Aware, ZERO TO THREE, Save the Children Action Network, and United Way Worldwide — to help promote the event, plan our post-film panel discussion, and recruit video messages from lawmakers at the state and federal levels. To re-engage local organizations around the country, Abramorama and our distribution associates reached out to groups who had planned to host panels in theaters that spring and asked them to directly crosspost our live event to their Facebook pages. While such massive crossposting — getting approval from dozens of organizations’ social media managers to directly upload our live event stream to their pages — requires some lift, this step was crucial in maximizing Facebook’s algorithm to ensure maximum viewership. We sent a request to each group’s Facebook page for 24-hour permission to crosspost so they didn’t have to worry about sharing from our page in order to put the event in front of their audiences.

Finally, to convert viewers into advocates, we built a letter tool using Action Network, where our audience could write to their representatives demanding child care funding in their COVID-19 response. With Abramorama, our publicists (Falco and PR Collaborative), and digital strategists at Eleven Thirteen Collective, we had a robust team working to reach new audiences and help make the event itself a success. Our online advertising push grew our RSVP list by more than 13,000 new signups, adding to our 5000+ email list, and led to a spike in traffic to No Small Matter’s social media communities — an audience we continue to message with both sales and impact opportunities. We also put our heads together to identify celebrity promotion opportunities — and after much effort, secured posts from celebrities including Morgan Freeman, Jennifer Garner, and Chelsea Clinton, expanding the event’s reach to millions of new viewers. Finally, partners including Save the Children Action Network and Groundwork Ohio did an amazing job of helping source messages from lawmakers about ECE and child care, which helped us better tie this conversation about the importance of high quality early learning to actual solutions we can pursue nationally and locally.

When June 25th arrived, Abramorama’s tech team ensured that this first-of-its kind event went smoothly for both our audience and audiences across the 47 organizations that cross-posted the event. While Abramorama and others had managed live film streaming events in the past, our combination of added features — with our pre-show for young children, video messages from lawmakers and our Executive Producer, Alfre Woodard, feature film and live post-film panel discussion — provided a unique challenge as well as opportunity for reaching a diverse, engaged viewership for 3+ hours. Our team sat back and enjoyed seeing the thousands of reactions to the show, while our digital team dove in to moderate the comments and share opportunities for purchasing the film and taking action. The following day, we launched No Small Matter on iTunes, Amazon, and other VOD platforms, after hitting #1 on Amazon DVD presales and #3 on iTunes. While packing a free national streaming event so close to our home video release was unconventional, our goal in pursuing a day and date release was to consolidate the film’s press on all of the above into a shorter, more intense window. The film’s release saw positive reviews in Variety, The Hollywood Reporter, The Washington Post, and more — getting the word out about the importance of high quality early education in publications that have largely ignored this issue — which would have been difficult without some kind of event preceding the VOD release. The excitement around the release led our distributor Passion River to expand efforts for international sales and to renew efforts to secure a SVOD deal, too, which has led to a deal with Sundance Now.

After debriefing with our team on the numbers, the press and engagement, we were heartened by the response to the event. We reached over 280,000 viewers online, with an estimated 7,000 viewers who tuned in for the majority of our three-hour program. Given the film had already played to our core audiences at more than 1,300 community screenings around the country, we were thrilled to see No Small Matter hadn’t yet worn out its welcome.

More importantly, we were impressed by the level of engagement by our audience, with more than 4,020 comments — many of which asked about ways to get involved, call for change, or bring the film to their communities. Our viewers sent nearly 1,000 letters to Congress calling for investing in early learning, and we put governors, senators and representatives across the political spectrum on record in support of early childhood education. We produced a unique, popular pre-show just for kids that we’re now spinning off into a regular series. And as part of the pandemic relief package, Congress passed $10 billion in dedicated relief for America’s struggling child care industry.

Would we do it again? Absolutely — for this film and for others. We learned a great deal from this unique release experience, lessons we will consider for future events of our own, and that we are more than happy to share with our peers:

This past year has taught Americans to be adaptable in so many ways, and the film community is no different. If your goal as a filmmaker is to maximize your impact, but you’re not seeing the traditional release opportunities that signify success, don’t lose heart. Our experience on No Small Matter has proven that you can make real world change, and make some money back on your film while you do it, without all the usual trappings. If there’s an audience out there for your film, go find it.

Laura Wilson Fallsgraff is an impact producer based in Chicago and she was the Co-Producer and Impact Producer of No Small Matter. Jon Reiss helps filmmakers craft and execute distribution and marketing plans for their films through his company 8 Above. He supervised the theatrical and VOD campaign for No Small Matter.