“I Wanted People to See the Commonality of the Human Experience Through the Unique Perspective of a Near Mythical Figure”: Christopher Frierson on his HBO Music Box Doc DMX: Don’t Try to Understand 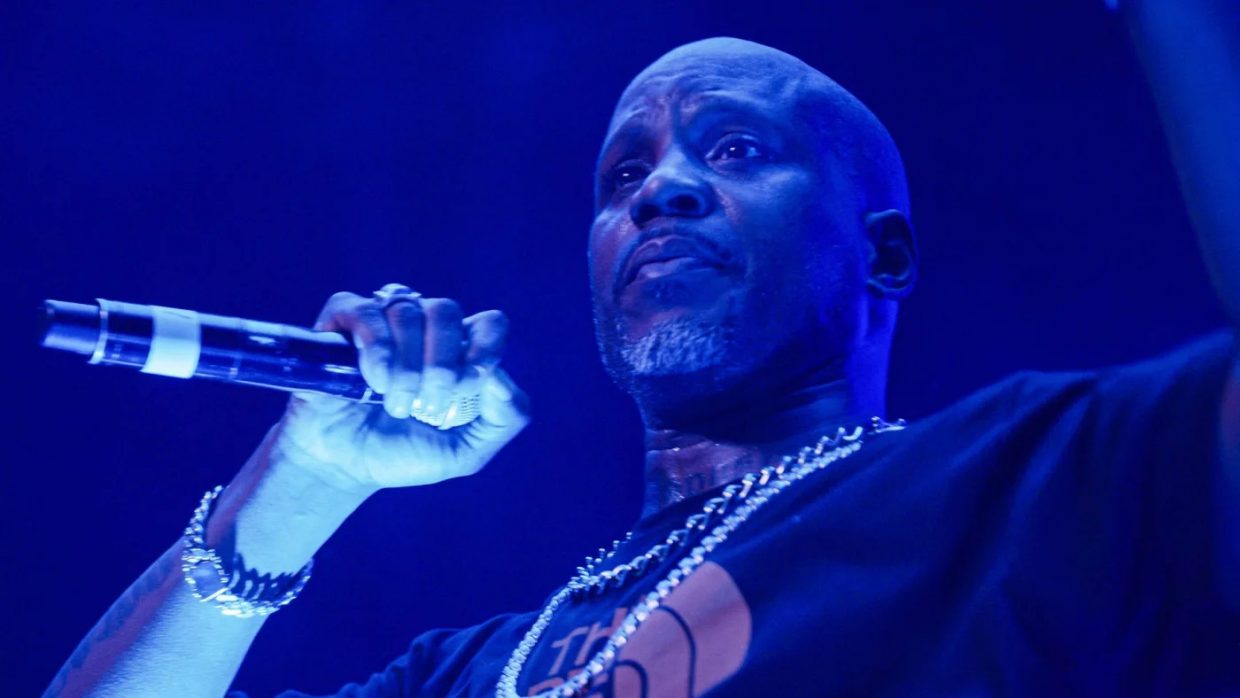 by Lauren Wissot
in Directors, Interviews
on Dec 1, 2021

The title tagline “A Year in the Life of Earl ‘DMX’ Simmons” is a rather anodyne description that belies the emotional rollercoaster ride that filmmaker (and podcaster) Christopher Frierson takes us on in his riveting debut feature DMX: Don’t Try to Understand, which currently plays on HBO as part of the channel’s Music Box series. Filmed during what would turn out to be the last year of the acclaimed rapper’s life, the doc moves with lightning speed from packed concerts to corporate conference rooms, from meaningful meetups with fans to intimate reconciliations with family members. It’s a whirlwind of a life, jam-packed with demands that would be taxing on even the most resilient individual. And Simmons is undoubtedly that. But the powerful musician — who seems to be on a mission to save others, often at the expense of his own mental health – is also a fragile human being who just got out of prison after serving a year for tax evasion. And one with a lifetime of baggage battling drug addiction. In other words, and to put it bluntly, there’s a ticking time bomb of self-destruction ready to go off. Which ultimately renders DMX: Don’t Try to Understand both a heartfelt celebration of a flawed hero and a tragic postmortem.

Filmmaker reached out to Frierson, who made headlines of his own last summer for having the wherewithal to keep his camera rolling as the NYPD pepper sprayed him during a racial justice protest, to find out all about the doc, getting his start, and nailing that goosebump-inducing final scene.

Filmmaker: So how did this project come about? And had you worked with Bill Simmons and Ringer Films prior to the launching of the Music Box series?

Frierson: Back in January of 2018 I was working in development at Mass Appeal, a hiphop-centric production company in New York. We often had artists in and out of the office, and I had found out that DMX would be coming in for whatever reason in a couple weeks.

I also knew that he was due to turn himself in to the feds for a year-long sentence at the end of the month. So I decided that time was of the essence, and I would cold pitch my doc idea to him whenever he dropped by. Since I was 16 when his first two albums dropped, DMX has remained one of my favorite artists. But more than that I’d always thought him to be a complex human being who would make for a fascinating character study; one much more in-depth than the surface-level, salacious portrayals that have guided the narrative of who he is as a person.

I have always been interested in the cycle of “the industry” in respect to how quickly backs are turned on entertainers once they fall out of favor with the public; how someone can one day be a man and the next a cartoon. Not wanting to really re-litigate the past – and wanting to create something that spoke truth to his narrative through the man himself – I had decided I wanted to make a film about a year in Earl’s life, period. No talking heads, no heavy archival history lessons. Essentially a stripped-down-raw follow doc.

That was the plan and the pitch. A pitch that never happened. Unfortunately, the day DMX visited Mass Appeal’s office I was out of town. And that very evening he got locked up for violating probation and subsequently began serving his year-long bid. In the interim I forged a close relationship with his manager, Pat Gallo, and we kept the flame alive as much as we could over the course of 2018.

On January 23, 2019, I received word from Pat of Earl’s upcoming release from federal prison in two days time. I quickly assembled a team, and next thing you know we are standing in a snowy parking lot in the mountains of West Virginia in front of a nondescript utilitarian building. DMX walks out, tasting freedom for the first time in a year. So that moment, the first scene in the film, was the first time I actually met Earl. We proceeded to all hop in to a caravan of suburbans headed for New York City — the first stop on the crazy emotional journey that was that year.

Although being aware of their existence, I had not worked with Bill Simmons or Ringer prior to this project. As I understand it, the development of Music Box was in the works concurrent to us filming. We completed the project in March of 2020, were selected by the Tribeca Film Festival, and then Covid hit. So we all sort of thought things were going nowhere until late in the year when Ringer saved the day, picking it up to include as part of their HBO series of films.

Filmmaker: You have quite the eclectic resume, from working with Eugene Jarecki (The House I Live In, The King), to producing and hosting a podcast (Mass Appeal’s “Freaknik: A Discourse on a Paradise Lost”), to going viral after you filmed yourself being pepper sprayed by the NYPD during the 2020 racial justice protests. So how exactly did you get started in film, and do you consider yourself a cinematographer at heart? A storyteller?

Frierson: I got into this business the way most people of a certain age did: by moving to New York, finding any production company even slightly tangential to what your goals are, and working for free to learn. I worked at coffee shops and restaurants for room and board money. Over the years I’ve interned, edited, shot, produced and directed on projects ranging from music videos, to art installations, to features. As a director I maintain that, as you are coming up, the early opportunity to learn and work as many jobs as you can in production is key to figuring out what you want to do in the field; and it also allows you to be more effective, empathetic, understanding, and creative in the process.

Filmmaker: I went into this doc knowing very little about DMX, other than his stardom and his untimely death. What gripped me, however, was the emotional rollercoaster ride this loving individual was on, akin to rooting for a “dry drinker.” (His mission to save others as a way to avoid dealing with his own issues is both laudable and terrifying; he’s so raw and vulnerable you fear for him throughout.) Was this an emotionally draining journey for you as well? What was production actually like?

Frierson: Earl was a complicated person. And a person who, in the course of his time, experienced enough impossibly high highs and incredibly low lows to last several lifetimes. I appreciate the question, because one of the central goals of the film was to create a portrait of a famous artist without the foreknowledge of his art being necessary for entry into his world.

Ultimately, his story is universal. I wanted people to see the commonality of the human experience through the unique perspective of a near mythical figure. DMX’s journey is one many would find out of reach on a surface level; but once the layers are peeled back, the experiences that touch so many of the lives of us “normal people” are revealed. Poverty, addiction, abuse, and family disfunction are tangible for so many of us.

To that point, I think that in the film Earl, much like in his music, is a conduit through which so many of us can see ourselves. Our own pain, our own traumas. This was certainly true for me from a personal perspective. As a person who has struggled with alcoholism throughout his life, my experience in becoming close with Earl over the course of this year changed the way I processed by own substance abuse issues. I credit him as being part of the reason I’m sober today.

That being said, at the end of the day making the picture was an emotionally draining process – one with crazy highs and lows, much like the man himself. It’s my hope that audiences will be able take the rollercoaster ride that is film, and get something out of it as much as we as filmmakers did.

Filmmaker: The ending of the film is truly masterful; the camerawork actually gave me goosebumps. Without giving too much away, I’m referring to the scene in which DMX and his family gather for a small holiday party. At first the celebration is the focus, with music playing in the background. But then, almost imperceptibly, the camera starts to move in on DMX. There’s this slowly dawning realization that the narrative has shifted for the rapper — that the family is the “background noise,” so to speak, for the music itself. It’s such a touching and overpowering scene, one that says everything about the lead character. Can you discuss a bit how you captured this sequence? At what point did you become aware of the importance of the moment?

Frierson: That scene was near the end of 2019 — right after Thanksgiving, actually. At that point in the process the core members of the team — myself, Clark Slater, and Sean Gordon Loebl — had been through so much with Earl and his family that we had all become close. So we really just went over to celebrate and eat crab legs, bringing cameras along with us just in case.

That moment in question just happened organically, as the best things in film often do. Like you said exactly in your question, it says everything about Earl. He’s completely in his own world and thoughts. He’s looking out across the room at everyone assembled — the three of us included — kinda doing their own thing. And then plays this beautiful song. For me, holding the camera at that moment, I felt it. I was flooded with emotions and feelings, not the least of which being, “Do not fuck up this shot, Chris.” Pretty much as soon as the song ended I put down the camera and looked over at Sean and Clark across the room. I think we all realized at that moment that we were done.