“The Visual Language of Cinema was Connected to Both Sexual Assault and Employment Discrimination” | Nina Menkes, Brainwashed: Sex-Camera-Power 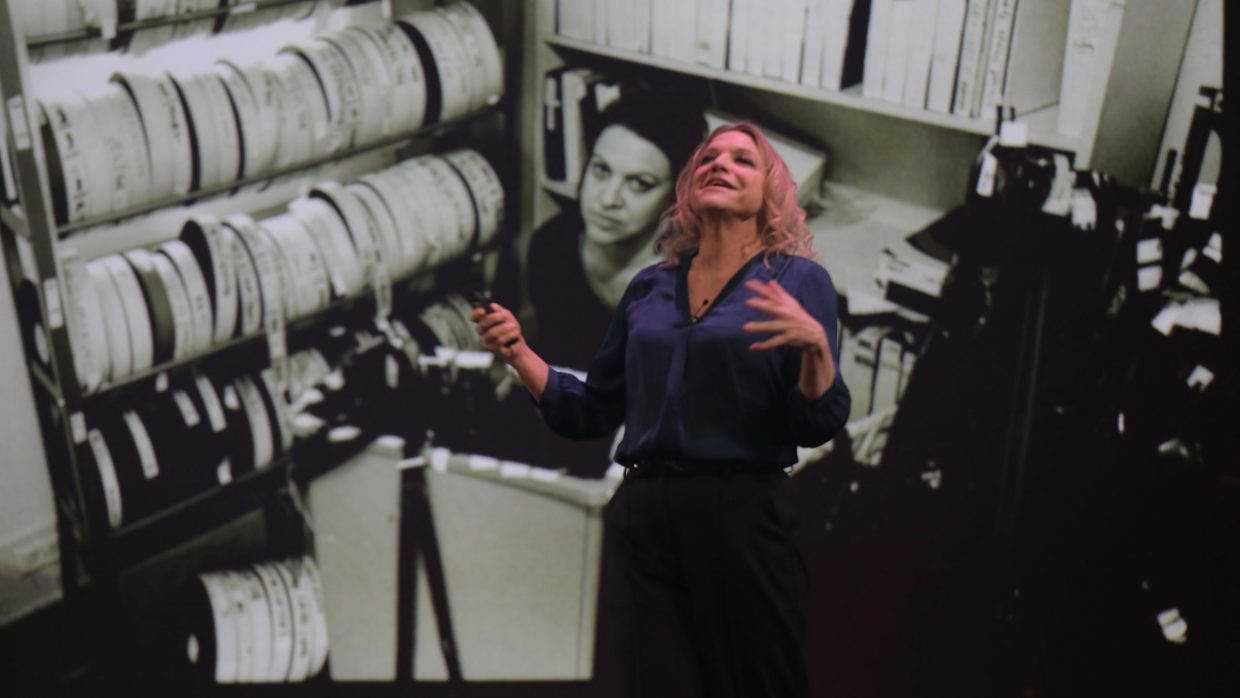 Those people who are familiar with my work know that my films have always come to me from the inside. Images appear before my mind’s eye and call out to me—they are very insistent and they sort of force me to listen, to make films about them, to unravel their secret messages via cinematic manifestation. So my movies, until now, have always emerged in a very private and highly personal manner. Brainwashed is completely different in the sense that film came to me from the outside.

I wrote an essay for this magazine in November 2017, directly after the Harvey Weinstein story broke in The New York Times. My essay outlined, in brief, how the visual language of cinema was connected to both sexual assault and employment discrimination against women. Much to my amazement, the piece went viral and became Filmmaker’s most read article of that year. This in turn led to numerous invitations to give my cinematic talk, “Sex and Power; The Visual Language of Cinema,” both in the US and internationally. The reactions to my presentation were so strong that I was encouraged by numerous people to turn the talk into a feature film! Brainwashed is based on my talk but takes it much farther; the talk had 10-15 film clips—the movie has over 175, plus interviews with 23 illustrious, amazing women who all discuss, in different ways, the essential points described above.

So this film came to me from the world, and it’s made for the world; for a wide audience. So…that’s a real change for me as a filmmaker.