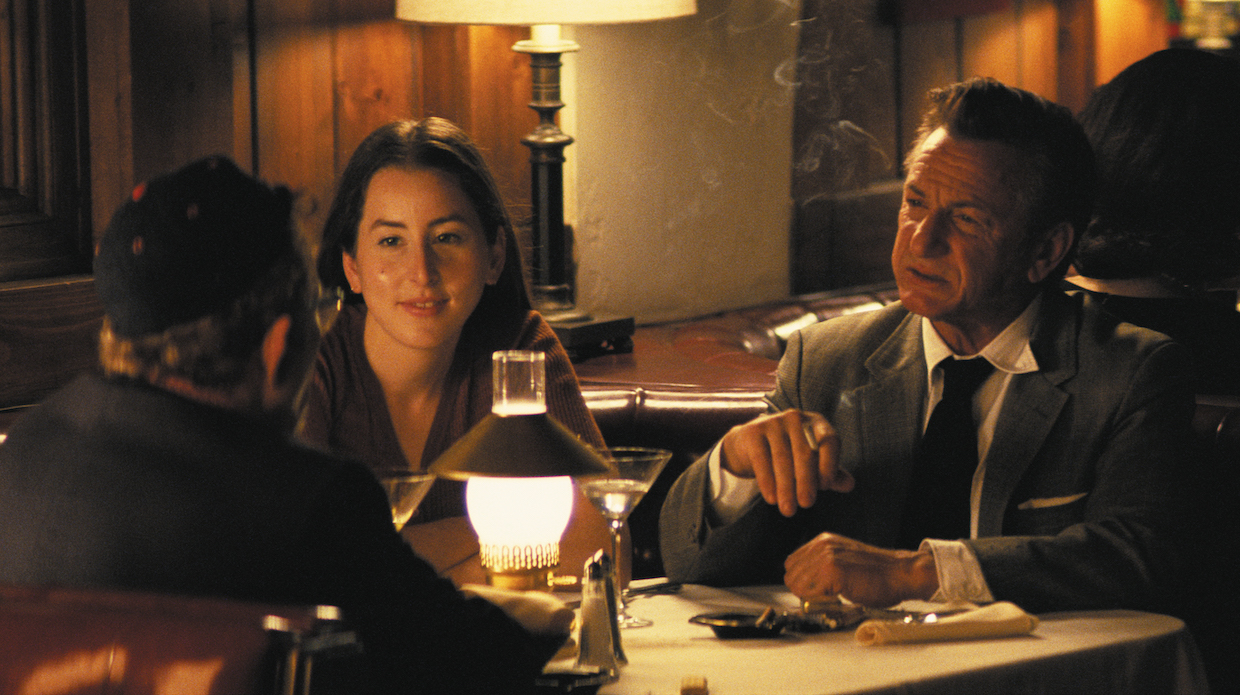 Paul Thomas Anderson’s films can all be described as “episodic” in various ways—some more explicitly than others. Boogie Nights, Magnolia and Inherent Vice are divided into subplots and adventures, but even more austere character portraits (There Will Be Blood, The Master, Phantom Thread) have a “and that’s when this happened…” bent. But Licorice Pizza, which follows the tumultuous flirtation between 15-year-old actor/entrepreneur Gary Valentine (Cooper Hoffman) and wayward 20-something Alana Kane (Alana Haim) against the backdrop of early-1970s San Fernando Valley, is the first to adopt a memory-based style, in which various sequences flow into each other like a series of anecdotes told by a friend over drinks.

“Someone was talking about the movie the other day as a cinematic scrapbook,” says Licorice Pizza editor Andy Jurgensen. “That’s a really good way of describing the movie. There were times when we did more have space in between [the moments], and we realized you can almost trick the audience if you just kept going forward. The beginning of the movie is kind of traditional until [Gary and Alana’s first] date. Then, once they’re on the airplane [to New York], that’s when the momentum kicks into gear. You just start having moment to moment to moment, like [Gary]’s remembering back.”

This approach befits Licorice Pizza’s origins, broadly derived from producer Gary Goetzman’s stories about growing up in the Valley. Jurgensen melds these various tall tales into a cohesive whole, connecting seemingly disparate pieces like Gary taping a variety show appearance to an extended sequence where a William Holden stand-in performs an Evel Knievel-esque stunt to an even longer digression in which Gary and Alana deliver a waterbed to producer Jon Peters’s house.

“Our first version was two hours and 45 minutes,” says Jurgensen. “It wasn’t like it was four hours long. There was stuff we cut out just right away. Not that [those pieces] didn’t work, but sometimes you get a feeling: You know what, let’s just keep moving. That became the mantra: Let’s use the momentum of the youthfulness of the two of them to propel us forward constantly. It’s about the push and pull of this relationship between the two of them. If we were ever going too far away from them, that’s when we knew we had to cut stuff out.”

Jurgensen first collaborated with Anderson when he assisted editor Leslie Jones on Inherent Vice, but quickly became a key member of the production team for Anderson’s music-related projects. He edited the 2015 documentary Junun, which follows the making of the album of the same name in Rajasthan, India, as well as Anderson-directed music videos and short films for artists like Joanna Newsom, Radiohead and HAIM. Jurgensen has more or less been by Anderson’s side in the editing bay for the better part of a decade, but Licorice Pizza is the first time he’s solo editing a feature film: “He just kept me around. We like each other, we can communicate easily and he realizes now that I know what he likes. It was kind of a natural progression. If you look at a bunch of the people that work on the movies, even the videos, it’s a pretty close circle of people he trusts.”

Jurgensen cites Anderson’s process of screening dailies on film—a practice almost unheard of in this day and age—as crucial to understanding the director’s unique sensibility. Benjamin Tucker, the credited projectionist on Licorice Pizza, would screen the dailies “sometimes at the end of the day, sometimes at the beginning. If we had a night shoot, sometimes we would do it before call. Some department heads are there, the camera crew is there, I’m there. I have a document I create that basically lists all the takes. We have a day or two to prepare because they have to process the film and make the prints. Then we’re all watching on the big screen. We also would do it sometimes on days off. I would go over to Paul’s house. He has a space where we can project film, so we would just spend three or four hours looking at stuff. You could really get a sense of whether the performances were working, whether technical elements were working. Sometimes, he’d play music so we’d get a sense of what kind of music would work with the scene or shots. A lot of times we would figure out what takes we were going to use just from dailies. The dailies process, it’s a dying thing. No one does it anymore. People do picks. We didn’t even have picks. We don’t even have the digital dailies. If anybody needs to get something for reference, they come to editorial.”

Though Licorice Pizza was cut digitally, the process of blowing up the film to 70mm for release remains a strictly photochemical process: “Once we have the 35mm cut negative, we will do a photochemical color time of that,” Jurgensen says, noting that FotoKem handles all celluloid aspects, from dailies to final prints. “Once we’re happy, we make an interpositive, which then is used to make the 70mm blowup. There have been 70mm prints made of various things—Joker, whatever—but that’s just a digital film out. So, we’re happy that we keep it analog throughout the entire process. The goal is almost no visual effects, so that we can keep the integrity of the negative. So, I know that I’m not going to do a split screen or some speed effect, because it’s not going to fly.”

Assisting under Jones on Inherent Vice, Jurgensen quickly learned Anderson’s editing sensibility, especially his preference for minimal cuts, which helped him tackle HAIM’s videos, particularly the in-studio short film Valentine, and Licorice Pizza, both of which feature multiple long takes. “[Paul] likes to stay with shots and stay with performances,” Jurgensen notes. “On Inherent Vice, I remember doing a scene when we were assembling the movie. It was just so cutty, and Leslie was like, ‘Paul doesn’t do this. You have to make it work with the least amount of cuts as possible.’ That could be a challenge sometimes, but there’s always a way. It’s always about performance, even to the point where sometimes there will be a technical issue, like a camera bump. We’ve let random things slide in the music videos because the performance is the best.”

This editing style is crucial for Licorice Pizza, in which Hoffman and Haim’s performances thoroughly carry the film as it spans the length of the Valley and indeterminate periods of time. That sense of elided time is vital to the film’s success, which posits that any important relationship, no matter how fleeting, is defined by the highlights where chemistry develops and blossoms. “Once you kind of figure out the [editing] language of it, I think people get it,” says Jurgensen. “Because you don’t really know how much time is passing in between. It’s just about the magnetism between the two of them and their relationship. That’s all that matters.”