In the Quiet Moments: The Memoria Sound Team of Akritchalerm Kalayanamitr, Richard Hocks and Javier Umpierrez 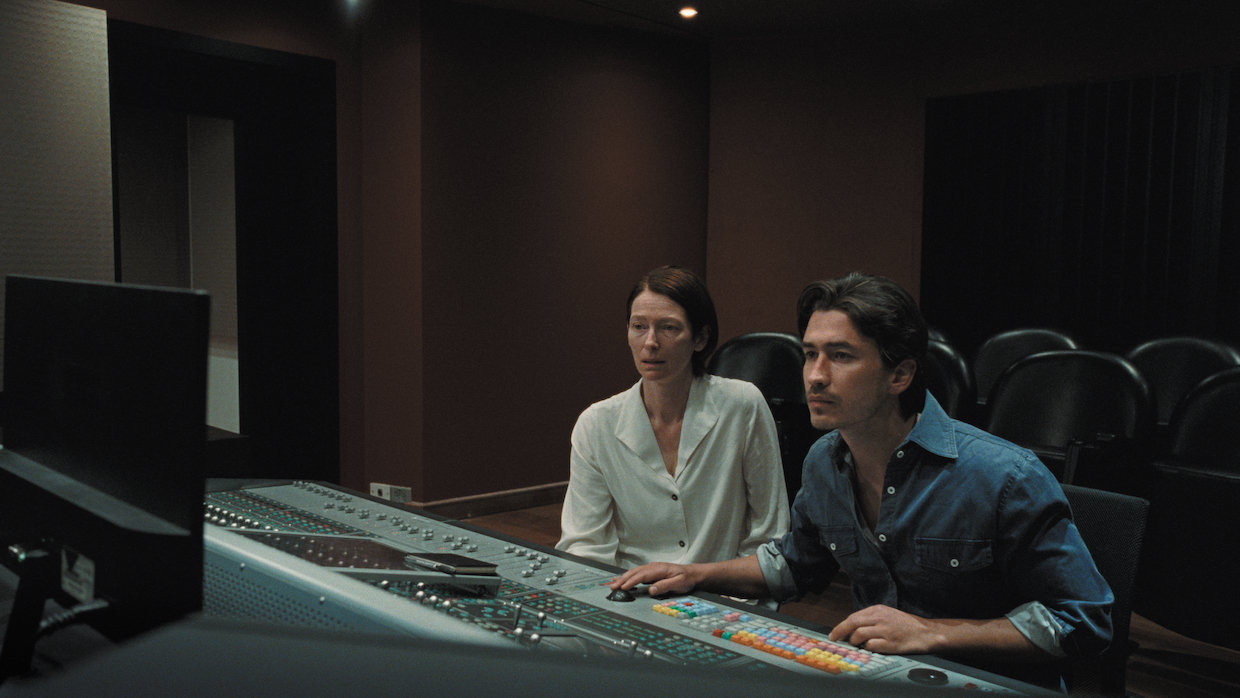 “When I work on sound for Joe’s films, it’s very similar to meditation,” says Akritchalerm Kalayanamitr, sound designer for all of Apichatpong Weerasethakul’s work since Tropical Malady (2004), including his latest picture, Memoria. “I need to be super focused on every detail. Because it’s like meditating when you watch them, we need to mix the film in a kind of line”— here, on a Zoom call, he makes a slow, horizontal motion with his right hand—“so it’s not too much.”

Despite the fact that sections of Memoria, which is about a Scottish woman in Colombia attempting to understand mysterious explosions only she can hear, are punctuated by very loud soundtrack booms (more on those in a moment), the film does induce a kind of meditative trance with its deliberate rhythms, accumulation of subtle aural details and overall aura of quietude. Says rerecording mixer Richard Hocks, who has worked with Weerasethakul since 2006’s Syndromes and a Century, “We’re trying to suck the audience into the scene, where the ambiences and the whole soundtrack become part of the unconscious state of mind.”

Such intentions demand fastidious and sensitive sound editing and mixing work. In the mix, says Kalayanamitr, “If we watched only one scene, it would sound OK. But when we watched half the film, or from the beginning, we had a problem. Sometimes, we’d hit the quietness, and it’d be too much.” Adds Hocks, “You can’t just play a section and adjust the levels of the background higher or lower. You have to [playback] the previous scene into the entire scene, and some of these scenes are 10 minutes long!” For a very long “death” scene involving one character, “there was something Joe didn’t like,” said Hocks, “and we watched the scene before into that scene over and over again, just to get to that unconscious part.”

An international coproduction, Memoria had a sound team split between Mexico and Thailand. Mexico-based Javier Umpierrez, working with Weerasethakul for the first time, was the film’s supervising sound editor. For him, the job began with the uncommonly specific sound notes in the writer-director’s screenplay: “It’s a movie, I think, about how we perceive sound in different places, about how we have different feelings of places through sound. The movie doesn’t have a lot of dialogue, but it was a very, very literary script, with lots of descriptions about sounds and the settings.”

Using what he applauds as very high quality surround ambiences recorded on location by sound mixer Raúl Locatelli, Umpierrez would do background passes with the dailies, sending them to editor Lee Chatametikool in Thailand, where they’d be integrated during the initial assembly. The film’s visual style—lots of wide shots—created both challenges and opportunities. “There are a lot of things going on in some of the shots, like the cafeteria [scene],” says Umpierrez. “It’s a very wide shot of two characters, and the dialogue is very intimate, but people are moving around, and there are a lot of details in the image—it’s a very noisy environment. Joe wanted that shot to be kind of noisy, and in some [other] scenes he wanted the ambiences to overtake [the production] sound.”

“The whole thing with Joe,” Hocks says, “is that the ambiences are sort of treated as score music. It’s like if you’re watching a regular blockbuster film, you should not be distracted by the score music; it should be supporting the storytelling and be enhancing emotionally. That’s how I approach the ambience tracks in the mix.”

Memoria’s mix was originally set for Mexico, but the pandemic forced the team to regroup to Thailand. Umpierrez delivered “a version of all the sounds in 7.1—dialogue, ambiences, foley, and pre-mix—and then they did their final versions, sometimes adding more sounds and sometimes something different.” For Kalayanamitr, that included “Thai cicadas” from his own sound library—“just a layer or two, not too much,” he says. “I always place that cricket sound in every film I do, and nobody knows but me.”

For a lengthy scene between Swinton’s character Julie and a man named Hernán (Elkin Diaz), Kalayanamitr and Weerasethakul tried different approaches in post-production, eventually allowing a multitude of nondiegetic sounds to enter the aural frame. “I told Joe that we should record something personal from Tilda—she can speak something about her life—something that doesn’t relate to the story of the film. He wrote some script; we recorded the dialogue. We even recorded some of the extras from Colombia. Then, Joe came up with the idea of using the first recording made in the world, a French lady singing in [1860] that we sampled into the film.”

Memoria mixed for two weeks, and Hocks delivered 7.1, 5.1 and Atmos mixes. The latter mix “is very subtle,” he says, “just to enhance the spaces, such as the interiors. We’ll have some additional reverbs going on the ceilings and in the exteriors as well, but only when it’s appropriate and doesn’t distract from the screen. In Joe’s movies, whenever you pan something into the surrounds or into the room, it detaches from the screen, and it’s destructive for him. You have to put as much as possible in the screen.”

About those explosions: The sound we hear in Memoria was actually created four years earlier for a Weerasethakul theater production, Fever Room. The director, afflicted with what’s known as Exploding Head Syndrome, had heard this sound himself, and the dialogue he had with Kalayanamitr was “exactly the same” as the dialogue Julie has with the younger Hernán character, an audio engineer (Juan Pablo Urrego), in the film. Among the sound layers the sound designer used to create the sound was an effect similar to one he used from Syndromes and a Century—a “little bit of swing” added to a tennis ball hit. “I remember he liked that sound when we worked [on that film],” Kalayanamitr says. And while the scene with Hernán in the film, where the engineer is able to work from Julie’s words to construct a sonic replica of what she hears in her head, lasts about 10 minutes, in real life Kalayanamitr—aided with some details by sound designer Koichi Shimizu—did about 20 passes before landing on the correct version.

“It’s the hardest film I’ve ever worked on,” concludes Kalayanamitr, “and that’s because of COVID as well. The remote work with the sound editor in Mexico was quite an experience. And [the work] is similar to the name of the movie because it’s a combination of sound design that Joe and I have worked on for 10-plus years. Little bits of every element from every film we’ve worked on together I tried to place in this film, as well.”