“The Pandemic Sparked a Deeper Contemplation Into Our Creative Process” | Sara Dosa, Fire of Love 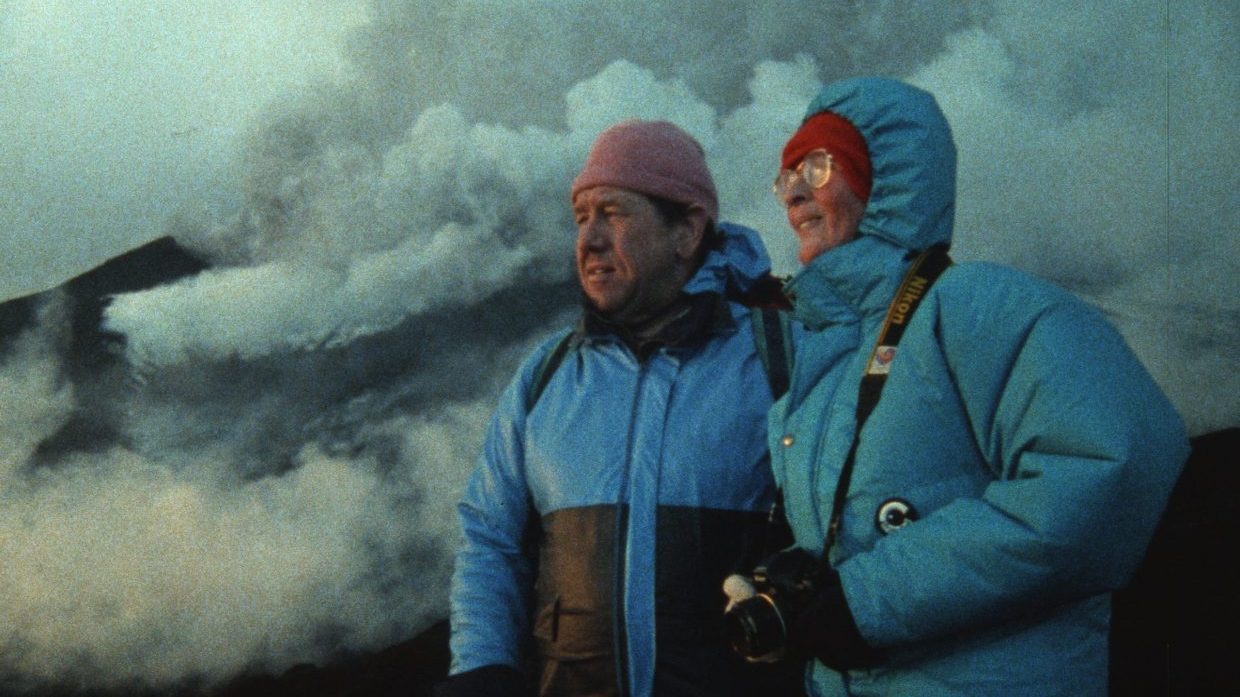 A still from Fire of Love by Sara Dosa

by Filmmaker Staff
in Sundance, Sundance Responses
on Jan 20, 2022

Fire of Love is the first archival film I’ve ever directed—my previous two independent films I directed were primarily vérité. Fire of Love producer Shane Boris, assistant producer Elijah Stevens and I were planning a scout in Siberia for a third vérité film when the pandemic hit. This forced us to pivot. We thought an archival project that required no new shooting would be “COVID-safe” and were reminded of Katia and Maurice Krafft’s story, which we first came across on our last feature together, The Seer & The Unseen.

Simultaneously, deeper shifts occurred in my personal world—largely catalyzed by the pandemic—which raised questions about the precarity of life, the meaning of existence, facing fear and death, uncertainty and charging towards the unknown, as well as the heartwarming and heart-aching complexities of love. While Fire of Love is not in the slightest autobiographical, Maurice and Katia’s own story became a vehicle through which I could wrestle with these ideas. Filmmaking became more important than ever before to me personally: it was a place where I could not just contemplate deeply meaningful and challenging questions, but could further discuss them with my collaborators whose insights, opinions and talents I tremendously respect. I think the film perhaps became more emotionally resonant because we were all experiencing these questions in our personal life and infused those emotions into our film. In this way, the pandemic prompted not just a reconsideration of the form of storytelling that I had relied upon in the past, but sparked a deeper contemplation into our creative process.