“It’s a Huge Responsibility Working with Children, Especially after Filming Ends”: Simon Lereng Wilmont on his Sundance-Debuting doc A House Made of Splinters 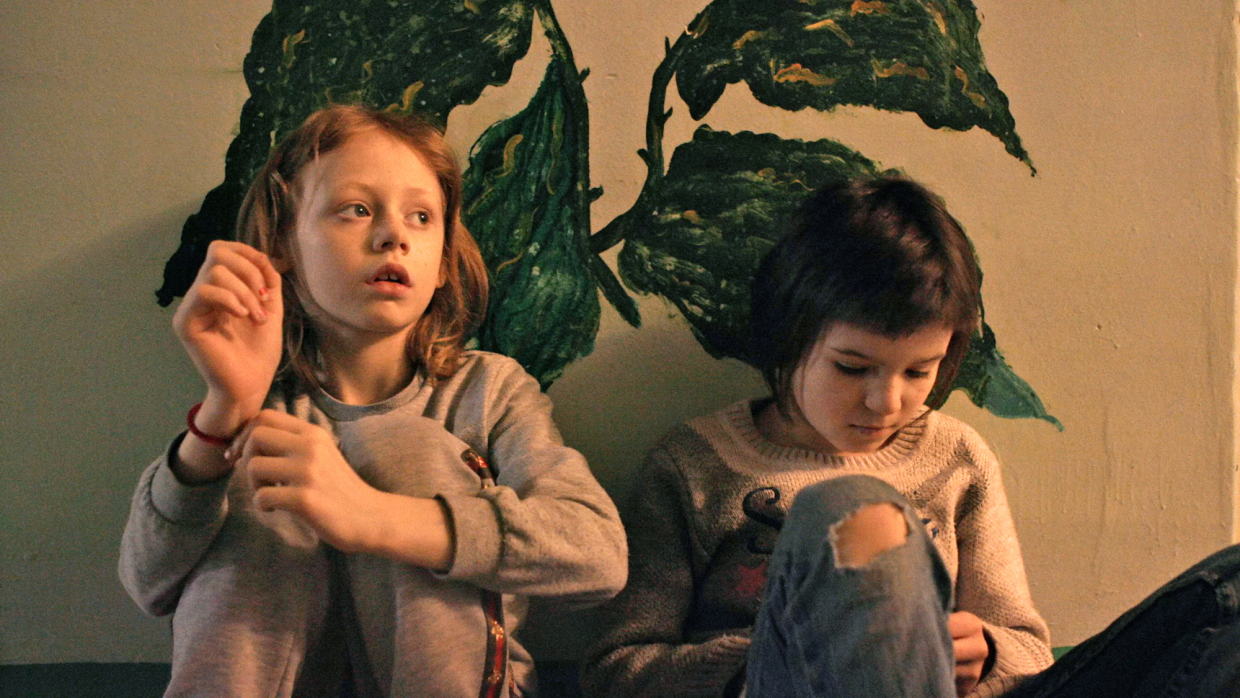 A House Made of Splinters is Simon Lereng Wilmont’s exquisite followup to The Distant Barking of Dogs, his likewise stunning feature debut (that was awarded Best First Appearance at IDFA 2017, and went on to be Oscar shortlisted two years later on these shores). With this latest, world-premiering January 23 in the World Cinema Documentary Competition, the Danish director returns to the suddenly-in-the-headlines front line of Eastern Ukraine to once again focus on the youngest victims of an endless war. This time he trains his lens on Eva, Sasha and Kolya – three children temporarily removed from substance-abusing parents and placed (for up to nine months) in an orphanage while the state decides their fate. This house of last resort, however, is not one of Dickensian gloom. On the contrary, it’s filled with singing and dancing, bubbles and teddy bears – and most crucially, a loving and supportive staff. Social workers steadfastly determined to return the simple joys of childhood to those forced to grow up far too soon.

A few days prior to the doc’s virtual launch Filmmaker caught up with Wilmont to learn all about following kids forced to live in a Ukrainian battle zone – and why he chooses to do so film after film.

Filmmaker: So why keep returning to this particular conflict area to follow these youngsters? What draws you back time and again?

Wilmont: That’s a good question. I don’t know exactly. It’s been almost five years since I first went and fell in love with the place. When time goes by and I haven’t been there for awhile I start to miss it. I love the architecture and the visuality of it all, but really, for me it’s mostly about the people. I’ve made so many friends there. That’s definitely one of the main reasons.

Also, it’s crucial to keep drawing attention to the fact that the region is still caught in a violent conflict – one that’s already had devastating consequences on the people living in that region. The conflict has lasted five years already. At times it’s more under the surface, but now it’s threatening to explode again. We’re seeing it escalate in a frightening way. That’s what’s really motivating me now.

Filmmaker: How did you even learn about these temporary shelters – and ultimately gain access? I’m guessing the state is somewhat involved in their creation, so did you have to jump through a bunch of bureaucratic government hoops?

Wilmont: I first learned about the shelters when I was in the region working on my previous film The Distant Barking Of Dogs. After that film was done I asked my amazing Ukrainian assistant director Azad Safarov to help me secure a meeting with both the state and local authorities. In the process we met Lena Rozvadovska, who has several years of experience helping kids near the frontline. Lena knows the region extensively, and we ended up hiring her as our local production coordinator. Together we managed to get the authorities to grant us access to the shelter to make the film. Having spent time working in the region with my previous documentary, I was able to gain that trust; and after seeing The Distant Barking of Dogs they understood my intentions. I felt really honored.

Filmmaker: What’s your relationship to your characters once production has wrapped? I assume you keep tabs on them – but are you involved in their lives in any other way?

Wilmont: Naturally they mean a lot to me. It’s important to me to know how they are doing and what is happening in their lives. It’s a huge responsibility working with children, especially after filming ends. We’re still in touch with the staff at the shelter, the psychologists, and the local children’s services. We’re also in especially close contact with Lena. She now runs the Ukrainian NGO Voices of Children, an organization that focuses solely on taking care of vulnerable children living near the frontline. Through them Kolya, Eva and Sasha – as well as the other kids from the shelter – are now part of a program that has two professional psychologists attached. They’re working with the children on a regular basis. We just hope that the film can bring attention and help support a better future for these kids growing up on the frontline in Eastern Ukraine.

Filmmaker: How does being a parent – with kids around the same age as these Ukrainian youngsters – affect how you interact with your characters? Does filming influence your approach to your own kids?

Wilmont: I guess you could say that some of my parenting skills have come in handy a few times during the filming, but mostly I just try to meet the kids at their level and be curious. It’s so amazing with kids – they just really have such a unique and refreshing perspective and approach to life.

As a father it has been really hard to see these kids abandoned or rejected and to not get the love and attention that they need. That every child needs. There is no doubt that this film has had a huge influence on my relationship with my own kids – how much time I spend with them, making sure to be present when I’m with them. Especially after a filming trip I would come back and just hug them so much. They probably thought I was a little crazy, but I really needed that. It’s so important that they always know that I’m here for them.

Filmmaker: Have all the doc’s participants seen the final cut? What’s been their reactions?

Wilmont: We had two screenings – one for the kids and the other for the staff and other professionals. The kids saw sequences from the film with themselves in it. Like any other kids they thought it was super exciting and fun to see themselves on the big screen.

Afterwards we screened the final cut of the film for all the shelter’s staff, the social workers, the local authorities and caregivers, who are in charge of taking care of the kids now. They were all really happy with the film and gave us their blessing, which of course meant everything to me.