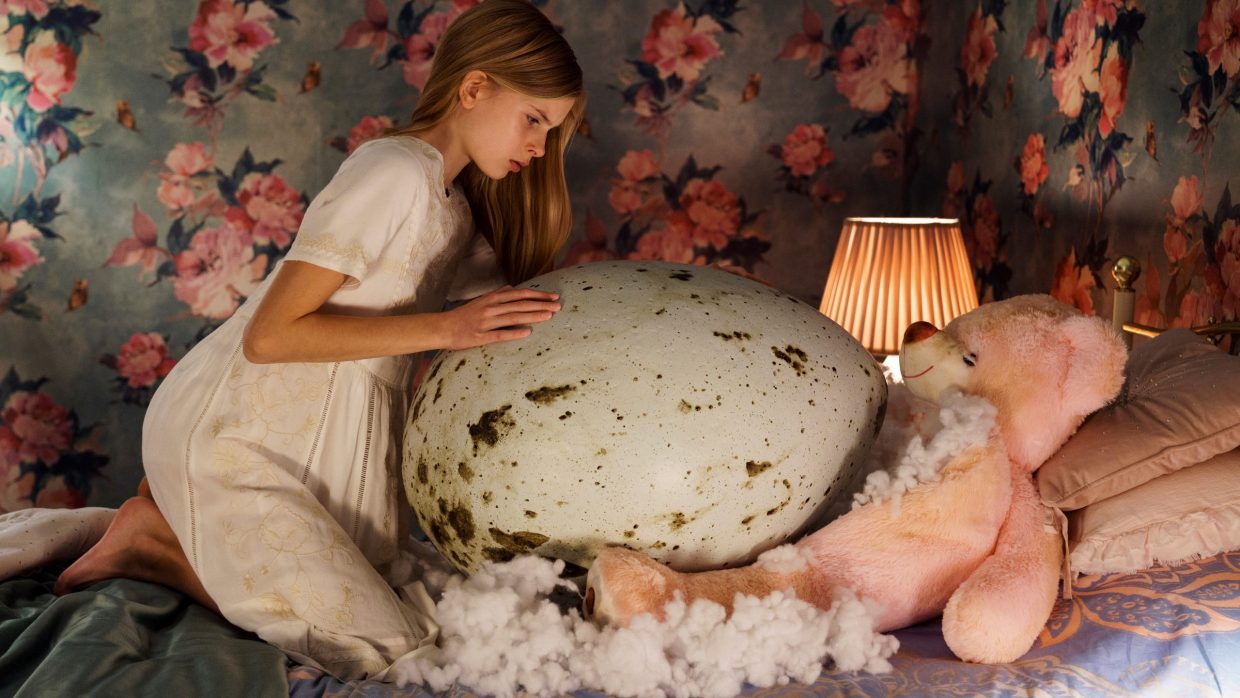 We shot Hatching in summer-autumn 2019, so luckily we avoided the pandemic during our shoot. The pandemic affected our post-production in a way; we had to do more things online than we had planned. Also, our premiere was delayed one year because we were waiting for a good time to release the film.

The most important change for me that is happening in the film industry within the last few years, though, is not the pandemic but the raising of awareness of equality. I have always loved films but have found very few interesting and complex female characters in them. When our screenwriter Ilja Rautsi contacted me saying that he had an idea, “a boy hatches an evil doppelgänger out of an egg”, I replied, ”Cool! But let’s change the lead character into a girl.” I wanted to make Hatching a story of mother and daughter, told from a female point of view. The MeToo movement has done a lot of good for the film industry. Personally, I feel that I can finally breathe when my frustration is spoken out loud: ”Why are the majority of the films told from the point of view of white men when they are actually the minority of the population of our world?”

My own thoughts on equality were put to test when we made Hatching with the co-production of Sweden and I was facing the equality rules of the Swedish Film Foundation. To be able to get the fund from the Swedish Film Foundation, half of the film HODs must be female. I noticed myself thinking, ”Oh no, this is too hard! All the best cinematographers, sound designers and editors are men!” Then I stopped and thought, ”wait a minute, why am I thinking like this?” And I noticed that my thoughts weren’t based on any fact. It was because the HODs that were most talked about and praised in the media are men.

We are all brainwashed by this way of thinking: the genius and the leader is first of all masculine. From Sweden we got a wonderful editor, Linda Jildmalm, for our film. I learned that I have to actively remember the brilliant female filmmakers. We can’t afford to waste half of the talent in our film industry.