“It’s Easy to Get Tunnel Vision on a Project Without Seeking Out Other Forms of Art”: Editor Catrin Hedström on Sharp Stick 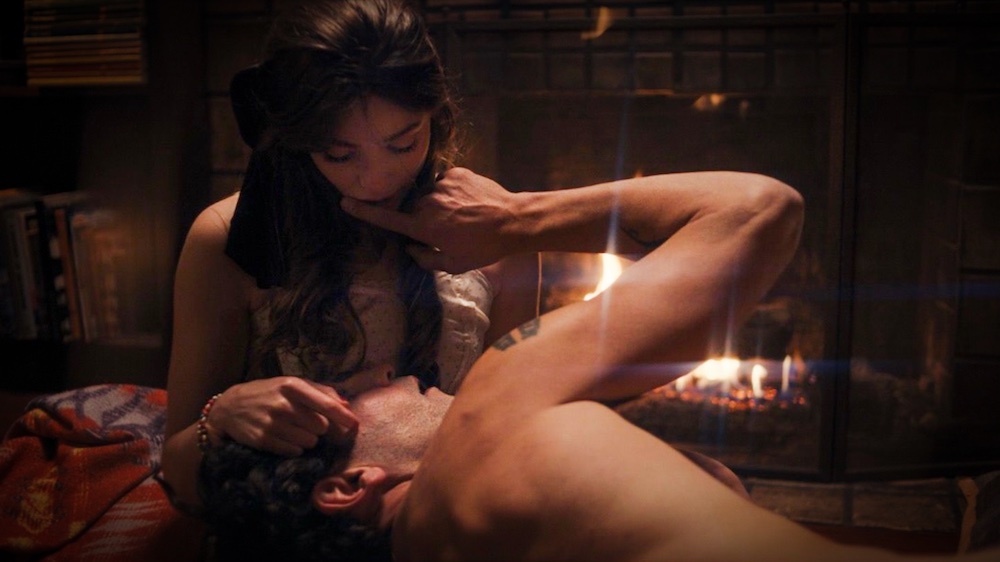 Sharp Stick, Lena Dunham’s return to feature filmmaking after 12 years, is an intimate, character-driven film focusing on Sarah Jo, a naïve, woman in her mid-twenties embarking on an affair with the father of the child for whom she is a caretaker. The film touches on ideas of self-image and sex positivity, but remains close to its protagonist. Editor Catrin Hedström discusses keeping that focus by cutting scenes down to the essentials and how she brought out the complexity of the script’s characters.

Hedström: My agent Jasan Pagni told me about the film. I spent most of my twenties in Brooklyn, wandering the same streets as the women of Girls at the time of its release. I was a big fan of the series, and of Lena’s first film, Tiny Furniture. So, I was immediately excited for the opportunity to work with her. Reading the script for Sharp Stick for the first time, I could feel it and imagine it easily, which is a rare experience for me. Of course, I told Lena this when we first spoke and we decided to work together in that first call.

Hedström: I was completely charmed by Sarah Jo’s character and found her experiences and feelings relatable. Keeping the film’s focus on Sarah Jo’s story was number one. Lena is a master at creating rich characters, and everyone in the film is mesmerizing and unique. Cutting down some scenes to let Sarah Jo shine was sometimes painful, but necessary, to keep our story dedicated to her experience.

Hedström: Lena gives great notes, but also gives her collaborators lots of room to be creative, which made it fun to play around. I had a lot of latitude to try things and would check in with Lena regularly for feedback and new ideas. We mostly communicated over phone and email as we worked remotely, and we screened cuts for friends and family.

Hedström: I grew up in Sweden and moved to the US to explore my passion for film. After I graduated with a BFA in Film Production from NYU Tisch School of the Arts, I immediately found that editing was a natural fit for me. My first consistent client was advertising agency Droga5, where I was cutting ad campaigns for major brands. I learned so much there and it was a really fun place to start. Every time I found an opportunity to edit an indie film, I would jump on it, and everyone I have worked with has influenced me in some way.

More than anything, watching films and theater and exploring New York City’s art scene inspire me. I have always devoured films of every genre, from the obscure and experimental to big blockbusters, classics to new films, great masterpieces to B-movies—I find them all inspiring in their own ways. It’s always been important to for me to cast a wide net when it comes to visual art, film and music. I find it’s the best way to learn new things and get ideas. It’s easy to get tunnel vision on a project without seeking out other forms of art to lend perspective and context.

Hedström: We used Avid. At this point, all films I edit use Avid because of its collaborative features. Assistant editor Kristin Valentine and I could both work on the project at the same time.

Hedström: I spent the most time—and had the most fun—with the montages, especially the montage when Sarah Jo creates her alphabetical “to do” list. It’s an emotional mix of her present task with her past memories. Lena sent me a playlist of songs she listened to as she was writing the script and I looked through this every time I needed music to cut to. I knew immediately that I wanted to use Shontelle’s “Impossible” for this scene. It reminded me of a scene from Clueless (one of my favorite films) that uses the song “All by Myself.” It has this climactic part that plays sweet, funny, and emotional, which is exactly what our scene in Sharp Stick needed. I spent two days diving into the scene and it was a lot of work, but we barely touched it after that. I think the music fitting the scene so well was a big part of why we didn’t need to change it.

With most scenes, especially the big important ones, I sort of decide to forget about it being a daunting task and just get in there with a “let’s do this” mindset. I start by roughing it together in a general structure, then move the pieces around, and little by little I realize what the most important moments really are. It starts to stand out to me what I—as the first audience member—enjoy watching the most and what starts to become less interesting. It’s a big chunk of marble that you carve, getting rid of one little piece at a time, until the scene is all that’s left.

Hedström: The characters are so rich and the situations so charming, genuine and relatable that Sharp Stick was so much fun to cut. I had such a good time putting it together that it didn’t occur to me immediately how sad the film is. So, watching it now feels different.