“Allow Myself to Work in the Same Mode as the Filmmaker”: Editor Christopher Radcliff on Palm Trees and Power Lines 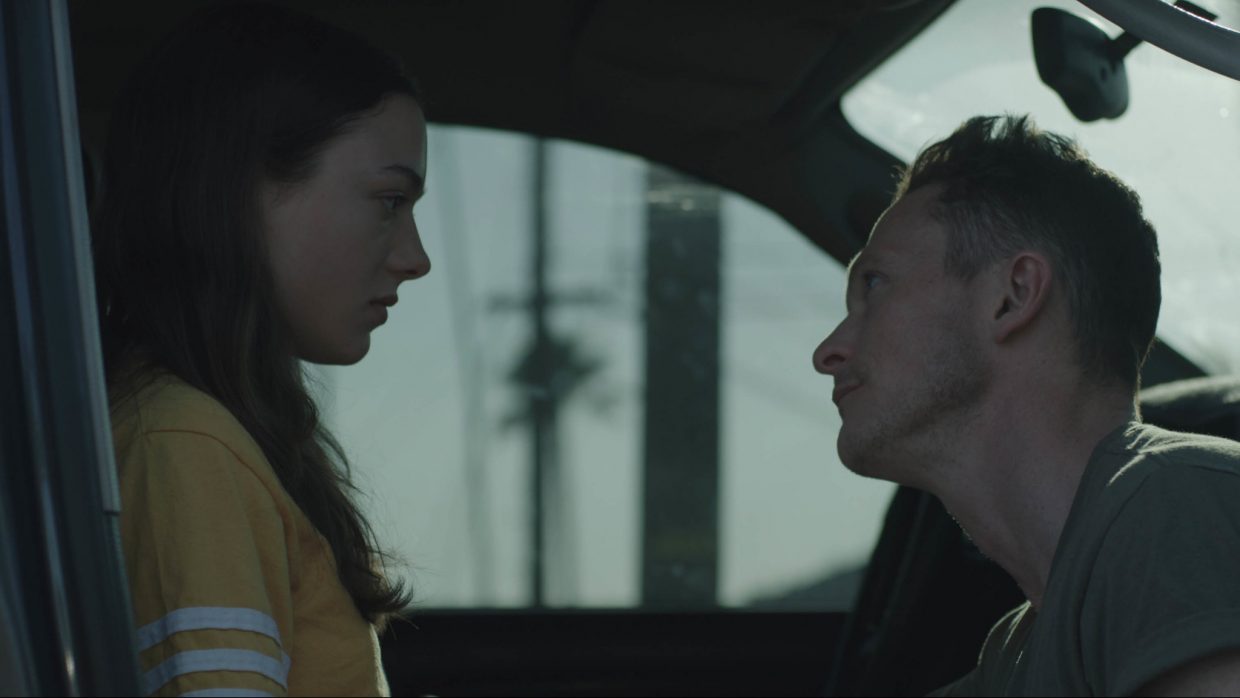 In Palm Trees and Power Lines, the feature debut of Jamie Dack, aprecocious but aimless 17-year-old  named Lea finds herself drawn to Tom, a man twice her age who initially appears to give her the much-needed attention she does not have at home. As their relationship continues, however, Tom begins to assert his power in the relationship. Editor Christopher Radcliff explains the importance of keeping the film tied to Lea’s perspective and of editing the film to emphasize the patience evident in the script.

Radcliff: Jamie and I had crossed paths briefly in the past just by virtue of inhabiting the same small New York indie film bubble but didn’t really know each other. But then, as she was gearing up to make the film last summer, a friend recommended me to her as a potential editor because he happened to think our stylistic points of view would mesh well. After reading the script and speaking with Jamie, I could tell that we would work well together and that we both have a sensibility for highly subjective, character-driven storytelling, and a thematic interest in—among other things—realistically painful, challenging, yet highly relatable narratives about young people.

Radcliff: I loved the script and found that it had a really immersive, patient approach that allowed the reader to understand Lea (the protagonist) and her world intimately. You are really able to see through her perspective and relate to her and the decisions she makes. And then, almost before you realize it, the consequences of these decisions come to bear in a way that is both surprising yet completely believable, and ultimately devastating. As far as the edit of the film, these are the main qualities I wanted to preserve, and whenever possible highlight, enhance or contribute to.

Radcliff: One quality of Jamie’s writing and directing that I really appreciated was its sort of deceptive directness. The material has a straightforward elegance to it that gradually reveals itself to be something more thorny, multifaceted, and disturbing, so I tried to approach the edit in the same way—to be minimal and rather straightforward, to let the performances and images speak matter-of-factly—and by doing that allow the edit to gradually display all of these multifaceted aspects of the story that emerge and accumulate over the course of the film.

Radcliff: I’ve come up in the business primarily as a writer and director but have also been fortunate to be able to work as an editor and to help other filmmakers tell their stories as well. I have tons of super pretentious influences for my work in either form, but as far as editing, I try to stay fluid and really allow myself to work in the same mode or register as the specific filmmaker I am working with. As a fan and a student of film, I find it really inspiring—and it’s definitely influenced my own work—to be able to participate in the creative process with other filmmakers in this way, and to witness and take part in their style of storytelling.

Radcliff: We used Premiere, mainly because Premiere’s basic workflow is most familiar to me and I am able to work most efficiently and quickly within it. We were on a tight timeline, so that was important. But I also find that it’s a robust program that allows me to assemble and finesse edits in an intuitive way that I really appreciate.

Radcliff: I don’t want to spoil anything, but there is a scene in the later part of the film that runs for over nine minutes with only five or six cuts in it, the first one coming around five minutes in. It’s a challenging, narratively important scene in which the viewer really needs to witness everything Lea is doing and reacting to in basically real-time, and it was one instance in our edit where we labored to decide how much to cut, how long to hold shots, and where to find the exact right cutting points. In the end, we simply remembered that we needed to stay truthful and accurate to the character’s experience and point of view and let the scene play out in a way that we felt was true to that. So that’s what we did, and I think it ended up being a really powerful sequence.

Radcliff: Something that I discovered to a greater degree during the edit was how the film subtly portrays, through its characters, the ways in which people perform for each other—how we toggle our personalities depending on who surrounds us, and in doing so how we pretend, lie, and manipulate in ways that can be innocent or cruel. I think this is due to the really nuanced, excellent performances Jamie was able to capture with her actors. When I first read the script I thought it was an exceptionally well-observed portrait of a teenager’s experience, and that would have been enough; now I tend to see it as more than that, a kind of dissection of our multiple selves and the perils associated with such performance.