“I Feel So Blessed That Somehow My Father’s Brilliance Was Captured”: Editor Ondi Timoner on Last Flight Home 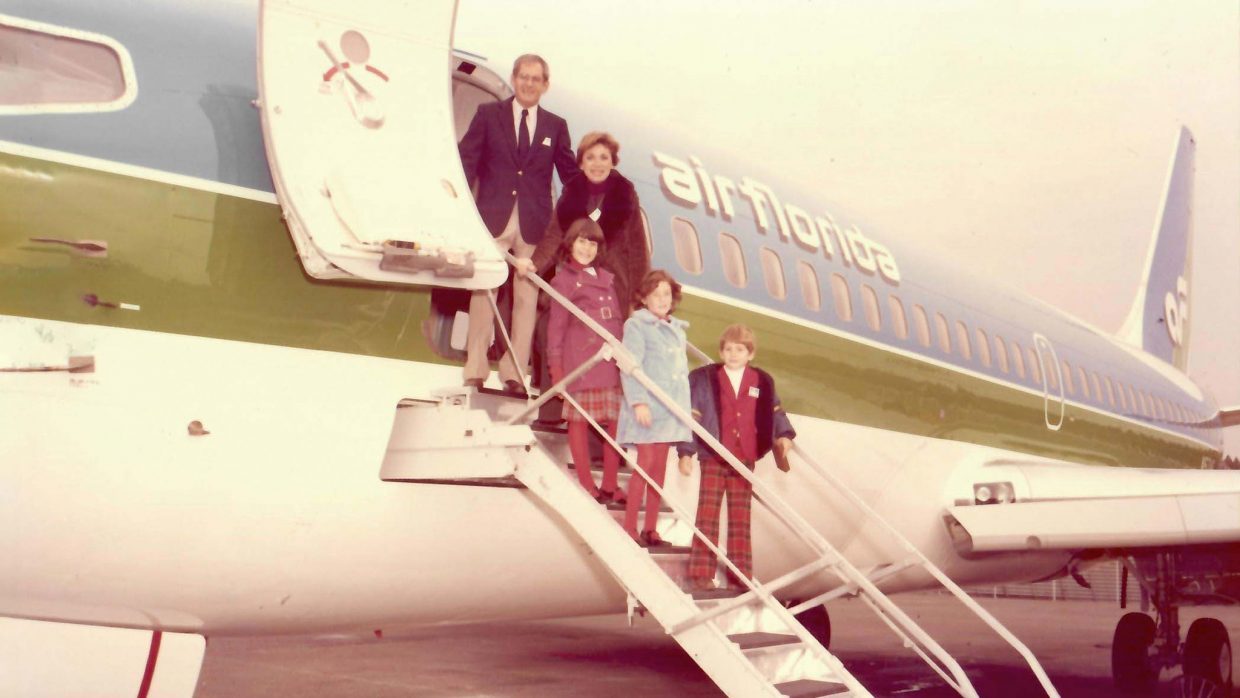 When Ondi Timoner began to film her family and her father as he waited the obligatory 15 days before opting for death with dignity, she never intended to make a feature-length documentary. As she spent more time with the footage, however, she realized that she had captured something that is paradoxically both rare, in that it is infrequently discussed and depicted, and universal, in its confrontation of death. Timoner answered questions about undergoing that journey and what she learned as she repeatedly watched and edited the scene of her own father’s death.

Timoner: I edit most of my films because it is an important part of my process. I have all kinds of ideas in my head based on the experience of shooting in the field, so the footage needs to travel through me first before other editors can come on board. I play in Avid, shuffling shots and scenes with music to realize important moments or emotional beats, until I discover the language of the film.

Last Flight Home flowed right through me faster than anything I have ever made. Six months after my father’s death, I had completed a feature. I stayed up over many late nights crying, laughing and executing thousands of edits, but somehow I almost always instinctively knew what to do…. and just like childbirth, I have already forgotten the pain of bringing this film to life, because I feel so in awe of its existence.

Timoner: As I edited what was supposed to be a 5-10 minute memorial video a couple of weeks after my father’s death for a Zoom service my sister, Rabbi Rachel Timoner, was officiating on March 21, 2021, the incredibly rich and beautiful nature of this footage poured over me… and I found that my father was alive in the Avid! I could really grieve him—often with laughter, as he was extremely sharp-witted—and visit with him during long nights. Scenes and moments presented themselves almost effortlessly, and each could be seamlessly sculpted with a beginning, middle and end while remaining absolutely truthful.

Timoner: I did a very secret screening—no title revealed, not even my name attached—of a rough cut I had generated in the couple of months after Dad’s death. One hundred people sat down having no idea what they were about to see. Nothing I have ever made in my life inspired this kind of response from an audience. It was clear that people needed this film. We will all lose our parents, and eventually our own lives too. Yet, it is not a subject that is explored enough, if ever.

Furthermore, I noticed that the audience was aligned with my father like no character I have ever portrayed. He was a very special person. I realized then that I absolutely needed to make this film. I am currently making another film which is very complicated and amazing, and a full time job, so I just committed all weekends and very late nights to editing Last Flight Home. Spending time with my father made it an incredibly rewarding, if sometimes exhausting, experience. I dreamt of sharing this film with the world in the first year of his death, as the first year of remembrance is very significant in Judaism, and that is coming true now with the Sundance premiere.

Timoner: I taught myself to edit alongside my brother and Interloper Films Co-founder David Timoner on a shuttle editing system at a public access station in New Haven, Connecticut, when we were students at Yale University. It always seemed to me the most vital part of the storytelling. When I speak to film students, I tell them that they must learn to edit. I joke that a film is 70% what you capture in the field and 80% in the edit—and if you aren’t willing to give 150%, you won’t make a great film!

Timoner: I swear I felt that I found God in the Avid when I was in my early 20s. I couldn’t believe what non-linear editing allowed me to do, as it allowed us to recreate the serendipity of life into narratives that could be shared. We filmed with bands, making music videos and EPKs to fund and film what eventually became Dig! I have been an Avid-addict ever since. They sponsor my production company. It should be said, however, that Adobe’s Premiere is very useful, even vital, for the creation of titles and effects – and Last Flight Home could not have been completed without their software. They have also been very supportive of Interloper Films. I am grateful to both companies.

Timoner: I was terrified to watch the scene of my father’s death, much less go over it the hundreds of times I knew would be required to make it perfect. So at first I let a couple of other editors take a swing at assembling the footage from March 3rd. It was the only scene I couldn’t take on; however, I held my breath and cried as I watched what they put together, and I also realized that I would need to edit it myself.

I spent a great deal of time striking a balance in this scene to bring all of the elements that were at play into it: There was the fear we all collectively had regarding the imminent departure of our beloved patriarch; there was the love that literally flood the room with light; there was the overwhelming time pressure of dad having to take certain medicines at certain times or terrible things could happen; and then there was the bewilderment that followed. I hope that what we felt in that room during that unspeakably profound and difficult morning comes through in the film.

Timoner: There was almost no VFX cleanup in this film or effects of any kind. That said, there is a funny story about the one thing we did take out besides the red light of lav mic packs here and there: My father used a Sundance bottle at his bedside always, because it was the easiest for him to drink from. We removed the logo because we didn’t want it to distract in anyway from the narrative or for Sundance programmers to think we had it there on purpose to curry favor or remind them of my history at the festival! However, we got to it too late for them to miss it. When Kim Yutani called me to tell me the film had been invited, I mentioned the bottle, and she laughed and said that they all noticed and laughed because they have them around their houses too.

Timoner: I did not intend to make a documentary when I turned the camera on my father and my family. It was not until about halfway through the mandated waiting period of 15 days proscribed by California’s End of Life Option law, that I had to make a short film to share some of the lessons we were all learning along the way, as well as to support Death with Dignity.

It was, of course, very difficult, but I felt an urgency to preserve my father’s inimitable personality. Now, upon the film’s completion, I feel so blessed that somehow my father’s brilliance was indeed captured in a bottle and that it is one from which we can all drink. I truly believe it is my father’s final gift to all of us to be able to share his goodness, and our experience, with the world and hopefully help others, as we all face this in our lifetimes.