“There Were No Easy Answers to My Questions”: Iliana Sosa on Her SXSW-Debuting Doc What We Leave Behind 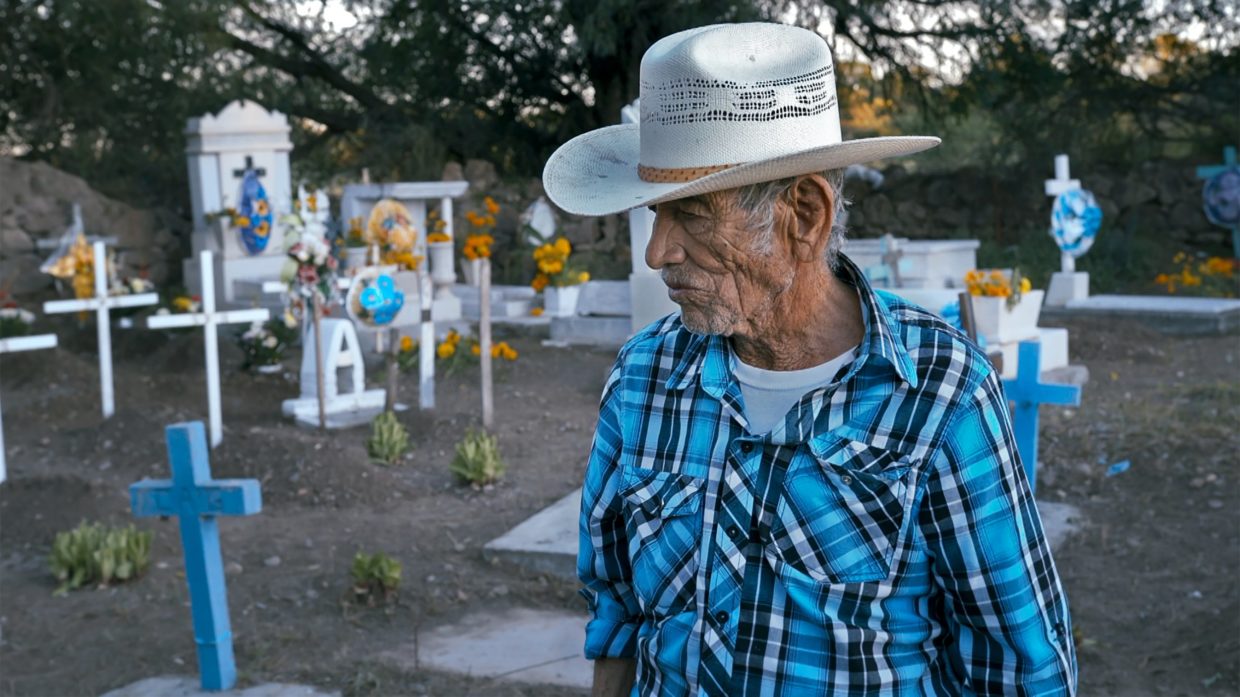 What We Leave Behind

25 New Faces of Independent Film, Documentary, Iliana Sosa, SXSW 2022, What We Leave Behind

Iliana Sosa’s What We Leave Behind is an astonishingly intimate labor of love. The film emerged from Sosa’s desire to document her grandfather Julián, a proudly hardworking man who first left his native Mexico back in the early 1940s to join the US government’s Bracero program, which brought in farm workers to remedy the WWII labor shortage. After his daughters, including the filmmaker’s mom, moved permanently to the States, the widowed Julián spent the next two decades traveling solo from Durango to visit them in the southwest. But as he now nears his nonagenarian years the monthly bus trip becomes too much. So the El Paso-raised Sosa decides to accompany Julián back to his rural land and follow her grandfather’s journey to the inevitable end.

Filmmaker caught up with the first-generation American director — and 2020 “25 New Face of Independent Film” — to learn all about her own journey, including how a simple family portrait became an unexpected love letter. And how, as she puts it, “filmmaking pulled me closer to him, across the border and into his home.” What We Leave Behind makes its SXSW debut March 11.

Filmmaker: I really love how personal this doc is, as if the general viewing public is almost an afterthought. You seem to have created What We Leave Behind first and foremost for yourself, your family, and then perhaps for your community. The rest of us are just privileged to have a peek. So did you ever feel pressure — perhaps by certain funders — to make the film more of a pitch-friendly family drama?

Sosa: I think the main pressures were ones I’d internalized about how films should look and how filmmakers should tell their stories. I’ve always known in my gut that this was about my grandfather and the complex experiences that have shaped him and my family. But early on in production, I tended to describe the film as being more directly about immigration and the US-Mexico border: a past-tense look at my grandfather Julián’s work as a bracero and the legacy of that program. I think I felt more comfortable saying the film was explicitly about a social issue or a piece of history than saying I was focusing on Julián’s life in his Mexican hometown. As a first-time feature filmmaker, I didn’t want the project to get pigeonholed as being too small to merit a feature film.

Initially, I was doing everything on the project myself — directing, producing, and shooting. When I began to work with collaborators like sound recordist Glenda Charles and cinematographers Monica Wise and Judy Phu, they immediately embraced the rhythm and beauty of Durango, where my grandfather lived. They also connected with Julián’s humor, determination, and warmth, hanging out with him after shoots and joking with him between takes.

Over time, I realized my grandfather and his present-day life were context enough for a film. The narrative ended up focusing on Julián’s efforts to build a new house because that’s what mattered most to him at the time we were filming. I developed the confidence just to trust and follow him on that journey. I also became able to articulate my own motivations more clearly — I was making this film to get closer to him, and I was developing my own sense of identity as a Mexican-American artist through that process. Knowing that opened my eyes to some of my earlier, rougher footage, because that early material helped show my evolution as a filmmaker or revealed a sense of my personality behind the camera.

I feel extremely lucky not to have experienced pressure from any of our funders and institutional supporters to impose a particular narrative on this project. JustFilms-Ford Foundation, Sundance Institute, Field of Vision, El Paso Museum and Cultural Affairs Department, and Austin Film Society all gave me incredible freedom to realize my artistic vision, even as that vision evolved. At one point, when we were drafting the voiceover that weaves through the film, we considered writing an English version to make the project potentially more marketable for US buyers. Ultimately we decided not to. The rhythm and poetry of the Spanish version felt right to me.

Filmmaker: As a filmmaker who started out as a writer, are your influences a mix of the literary and cinematic? Where exactly do you draw your inspiration from?

Sosa: I seek out texts and films that make me think about the world in unique ways and that I can’t break down into easy takeaways. I’ve found visual inspiration in films like Pixote and Central Station, and in works by Agnes Varda and Catherine Breillat. Gloria Anzaldua, a Chicana feminist and poet, and the Uruguyan short-story writer Mario Benedetti are particularly inspiring for me. One poem that has accompanied me since the start of What We Leave Behind is Cesar Vallejo’s “No vive ya nadie en la casa” (“No One Lives in the House Anymore”). It compares houses and graves. One line reads: “Cuando alguien se va, alguien queda.” “When someone leaves, someone also stays.”

Filmmaker: I find it fascinating that the doc’s style actually emerged from the pace of life in Durango. So how did this slow rhythm specifically affect the editing?

Sosa: The film’s editor Isidore Bethel often talks about listening to the material and letting a narrative and approach develop from there. Filming in Durango had forced me to slow down in powerful ways, and our camerawork reflected that. When we started working together, Isidore extended shots and pulled in footage that I’d previously overlooked because it seemed too tangential or ambiguous. With the right frame and context, those shots could have a different meaning. One example of that was a conversation between my uncle and me as I looked for answers about my grandmother’s death over 50 years ago. Over the course of editing, we extended the shot longer and longer until it reached its final duration of nearly five minutes. It powerfully captures the feeling of that conversation with my uncle, as I realized that there were no easy answers to my questions.

In general, we let events onscreen play out as much as they could in the footage itself, which helped the film reflect the particular rhythms of life in my grandfather’s hometown. When my producer Emma D. Miller came onboard, she helped us further draw out my perspective and a sense of the land in Durango as we worked on the film’s voiceovers together. She’s great at encouraging an idea and giving it space and language to flourish.

Filmmaker: Were there particular moments when you had to simply put down the camera and just be present with your family? I can imagine it must have been heart-wrenching, say, to film your mother’s anguish over her own father’s deterioration.

Sosa: There were many moments like that during the last shoot. I brought a small camcorder with me to Durango when my grandfather was sick. I didn’t have an intention to film, but a few friends and colleagues had encouraged me to bring a camera just in case. I ended up filming only when it felt right, which ultimately wasn’t that often. My main concern was just to be with my grandfather and the rest of the family. My family held an all-night vigil after my grandfather’s passing. The whole town came out and carried his coffin to the cemetery. It was important to me just to be in the moment for that, and not be distracted with filming. I’m grateful I could be there.

Filmmaker: How do all your relatives feel about the film? What’s been their reactions?

Sosa: Some of my family isn’t ready to see the film yet. I screened it for my mother before we picture-locked to make sure she was comfortable with how it depicted her father. She cried after watching it, and I just held her. She later told me that she’s proud of me and of the film. She likes that it will give other people some sense of who Julián was.