by Lance Weiler
in Columns, Filmmaking, Issues, Transmedia
on Oct 23, 2010 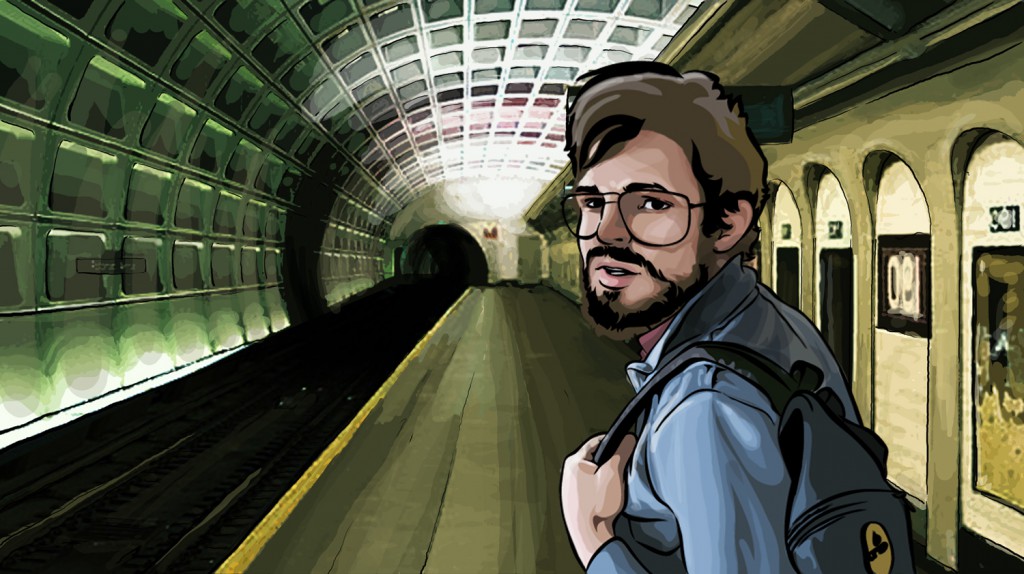 The year is 2012 and the world is on the brink of collapse.Rolling blackouts, depleted resources, civil unrest, assassinations and political dissension have thrown the world into a state of chaos. We follow the adventures of a group of young people as they lead us into a world of conspiracy, treason and failing energy supplies. While it sounds like it could be the description of a Hollywood blockbuster, it isn’t. Collapsus: The Energy Risk Conspiracy is in fact a transmedia companion to a television documentary by Dutch broadcaster VPRO entitled Energy Risk. Collapsus takes theories and predictions from the Energy Risk documentary and transports them into a fictional story set within the not-so-distant future. Collapsus becomes a hybrid narrative that combines live action, animation, gaming mechanics and social entertainment in order to present a different perspective on the issues surrounding our struggle to transition from fossil fuels to alternative forms of energy. Tommy Pallotta, no stranger to innovative forms of storytelling (he helped to revolutionize independent animation techniques with his work on Waking Life and A Scanner Darkly), was tapped to direct Collapsus by award-winning Dutch transmedia shop Submarine.

The opportunity to push an important global issue while at the same time forging new ground within broadcast television excited Pallotta. “The audience for documentary is dying. The average age of a television documentary viewer is 55 and up. Dutch broadcaster VPRO came to Submarine with the concept of making a simulation game in which the player experiences the impending world’s energy problems. The goal was to attract a different audience than traditional documentary viewers. We decided to take that even further and build a rich transmedia experience that not only entertained but hopefully provoked.”

Within Collapsus players/viewers are placed in crucial moments in time as they travel to London, the Ukraine, Teheran and the United States. Live-action footage combined with animation transports you into an energy crisis while at the same time providing insight into the complex issues surrounding global energy politics. The experience pulls you in by placing you in the shoes of the story’s protagonists. Players/viewers can access additional information on energy issues at the same time as the characters while game mechanics force you to make difficult choices that have a direct result on the world’s energy production.

Pallotta explains, “We crafted a multitasking and multilinear experience, and we blended genres like animation, documentary, fiction, gaming and interactivity all together in one story. This hybrid approach allows us to look at a serious documentary subject but also to shift from the usual talking head approach to something that better reflects our time.”

To create Collapsus’ narrative design and fictional story, Submarine and Pallotta approached me and my co-writer, Chuck Wendig. They wanted us to construct a narrative that built on the subject matter of the Energy Risk documentary while at the same time enhancing the Collapus experience that Submarine was developing.

When designing narrative for transmedia it is important to consider the original source materials, in this case the topics covered in the Energy Risk documentary. Since there are many moving parts to a transmedia narrative it is critical to ensure a degree of consistency not only with the subject matter but also with the goals of the interactive design. To do so we spent time reviewing materials that Submarine was using to develop the online components of the project. Another key was to identity transmedia hooks that can enhance the story experience. This was accomplished by looking at which platforms and devices could assist the focus and pacing of the storytelling. Once we had an understanding of all the source materials we created an outline of a conspiracy, worked on character backstories, wrote a treatment and finally funneled it all into a 60-page script.

As much as Collapsus is a hybrid of documentary and interactive experience, the approach is rooted in a story that is about characters and conflict. Pallotta explains, “The scientific perspective about the future of energy is basically horrific, no matter what scenario you look at… The heart of this experience is though the characters, not data. This was very important to us, to tell a story from a human perspective and experience that we can all understand.”

BRINGING THE EXPERIENCE TO LIFE

In order to produce Collapsus, Submarine assembled a team of more than 60 people to write, shoot, animate, build and design a complex transmedia experience. The core of the project took over six months and was budgeted at under a million Euros.

The roles within transmedia production vary based on the project. In Collapsus’ case an interesting mix of talent was assembled. The project made use of a researcher with energy policy think tank experience, an interaction designer and a game designer in addition to traditional/interactive production roles such as writers, producers, animators, illustrators and designers. A diversity of experience was key to designing an engaging transmedia project, says Pallotta. “You want to have a diverse team. For instance, interface is still the area that I think we can learn the most from. How do you create a more pleasurable experience? Simplicity and intuitiveness is not as easy as it seems in design. Having an interaction designer on the team is key. It is important to design with interface and user experience in mind. Then you find the balance of how the story comes into play. Interactivity in storytelling can be seen in many ways. Most people talk in terms of how videogames ‘work.’ You control a character and the actions change the outcome. We tried a different approach to interactive narrative design, one that used an annotated approach to information. How and what information you choose is how you interact with the story. It mirrors daily experiences and choices we make in real life more than the fantasy ‘chose your own adventure,’ which is often confused for transmedia.”