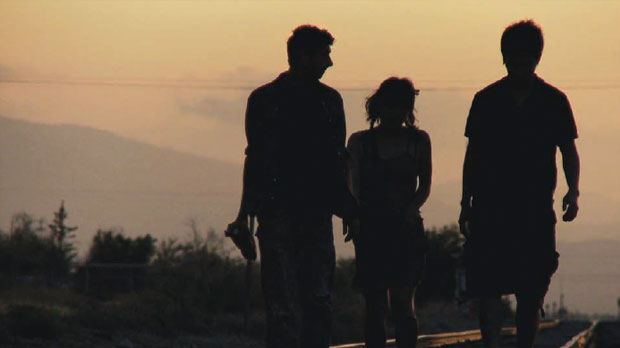 With his second feature, the Gotham Award-winning Littlerock, California native Mike Ott explores the dreams of a small California town through the eyes of a visiting pair of young Japanese travelers. 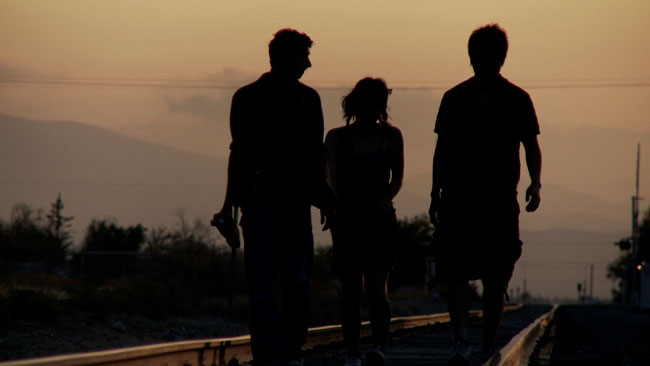 Mike Ott’s Littlerock is a small gem of miscommunication and hopefulness. A Japanese brother and sister, Rintaro (Rintaro Sawamoto) and Atsuko (played by Atsuko Okatsuka, co-writer with Ott and Carl McLaughlin) arrive in a dusty, depopulated roadside town in California’s Antelope Valley. We don’t know their goal, beyond a replacement rental car, and Atsuko doesn’t speak English. The days and nights pass in low-key interactions with the locals, especially Cory (Cory Zacharia), an aspiring model and artist who fashions a killer crush on Atsuko. There’s more, of course, and the film ends on a surprisingly tender note that expands its scope far beyond the small town of its title.

After its debut at the 2010 San Francisco International Film Festival, Ott’s second feature has played the festival circuit, has been nominated for a Spirit award and won this year’s Filmmaker Magazine-sponsored “Best Film Not Playing at a Theater Near You” Gotham Award. As part of its Gotham award package, it will open theatrically at New York’s Cinema Village in February.

How was Littlerock shaped by the town of Littlerock itself, and how important is a sense of place to your filmmaking? I think the film is all about a sense of place. The landscape, the buildings, the desolate streets are all a huge part of the film’s feel. If it were located in a different city or town it would have had a completely different effect on characters and how they interact. My first film, Analog Days, was about the town I grew up in, Newhall, Calif., and all the struggles the characters went through were a result of that location. Location is one of the first things I thought about for my next film too. It’ll start in a small town, not unlike Littlerock, but more of a truck stop-type town off the 5 Freeway.

Your lead actor, Cory Zacharia, is, to say the least, overly communicative in comparison to the other characters. There’s a touch of Bruno S. to his personality. Where did you find him and Atsuko? Cory and I met on a documentary. We were quite taken with him as a character and as a person, so a lot of his storyline in the film was written around the real-life struggles he was going through. He lives about five minutes away from the actual town of Littlerock. The character was inspired by Cory himself: He lives on welfare out in the desert, dreams of being an actor and a model, smokes pot, steals, falls in love with every girl he meets, got picked on his whole life growing up, et cetera.

Atsuko I met through a mutual friend — this was her and Cory’s first time acting. When we first met Cory we found him so interesting and compelling to watch. We did some test shoots with him and Atsuko long before we shot the film and he had so much charisma on screen that we knew he had to be written into the script; I found Cory himself to be a movie waiting to happen. Most of the other actors we found through casting. They’re all working actors in Los Angeles. A lot of smaller parts, though, were locals we met out in Littlerock while scouting for locations. I like movies that have a fiction/non-fiction crossover that adds to the realism of the milieu. 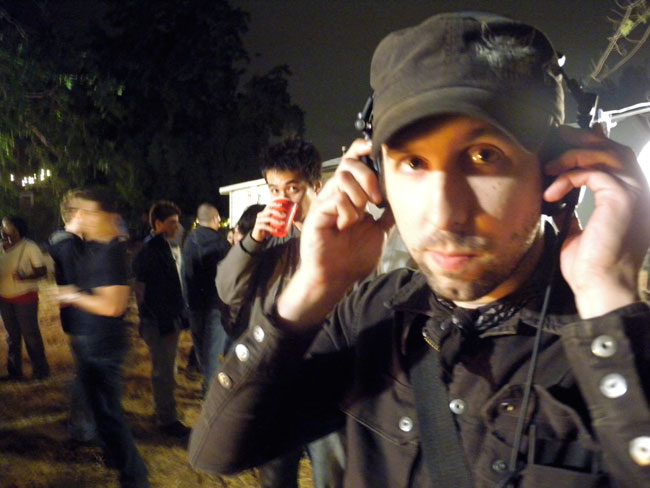 But Cory’s is a performance. Yes, it’s important to point out that Cory is definitely performing in the film. Even though the real-life Cory is much like the Cory in the movie, if you go back and watch the raw takes, Cory has bad takes and Cory has really amazing takes. He’s definitely acting a part — he’s not just showing up and “being Cory.” And he never does the same thing twice. Every take he’ll do the same lines — essentially — but he’ll add a beat, or a nervous laugh or a body movement or a twitch in his face that you would never expect.

That’s a great strength of the film — it’s simply observant, and not calculating like some kind of “generational” statement. When I watch a film and think about it later, I never remember the plot. Or, at least the plot is the least interesting part to me. I always remember the characters, or a specific scene or the way a certain line of dialogue is said. That’s what I like about films, the little moments. We definitely weren’t trying to make a “generational” statement with the film, but I think a lot of people take away completely different ideas from the movie, and that’s something I like, too.

You set up cultural confusions and romantic possibility and you watch them spiral… it’s not a world of heavy plotting. It’s a world of suspended dust motes. Yeah, again I think that goes back to having enough plot to keep the film moving but mainly having it be character-driven. For instance, it’s less important whether or not Cory ever gets the girl — it’s the journey of watching him try.

Are there photographers you’ve admired or studied who inform the way you look at the landscape of Littlerock? The light in that dry dusty town is well observed. I think going to a school like CalArts where landscape films are quite popular definitely had an effect on me. For this film, though, we watched Stroszek a lot. There are some great landscape shots in that film — Bruno standing watching as his trailer gets taken away immediately comes to mind. The cinematographer and I were also both really into [Krzysztof] Kieslowski’s films and the way his cinematographers shoot, especially in Red or A Short Film About Killing. As for photographers, I think the only one who had an influence was Robert Frank and his book The Americans.

There’s a little bit of Wenders and Jarmusch to the strangers in a strange land… plus Atsuko’s wordlessness, like some of Wenders’s girl heroines… but even Wenders’s children seem alienated from their landscape; they’re not truly doing an immersive walkabout. Jarmusch and Wenders are both directors I like, but I never really thought of them as an inspiration for this film. I always think of Atsuko’s character as having more in common with Andula in The Loves of a Blonde, a young woman who is in love with the idea of falling in love, someone a bit naive and hopeful who falls for the wrong guy. Director-wise, I was more influenced by Herzog and Cassavetes, directors who mix professional actors with non-professionals and believe in the instincts of the actors.

I understand you studied under Thom Andersen. Thom Andersen was my mentor at CalArts. He is not only a great filmmaker but also an incredible teacher and I learned so much studying with him. He has continued to be my mentor even outside of school and always watches my work and gives me feedback. He’s one of my biggest influences as an artist.

Does the girl always get away? Well, my favorite ’80s film is The Last American Virgin, and it’s the only ’80s movie where the guy doesn’t get the girl. It’s a film I’ve referenced in both of my features, and for me it’s more true to life. I love John Hughes but I think his endings never rang true. In real life, it’s a good thing that sometimes we don’t get the person we most desire. Like the beautiful people in John Hughes films, they usually are terrible on the inside, so not getting them is sometimes a blessing in disguise. In Littlerock, no one really gets the person they want in the end, but who knows… maybe they’re better off for it?