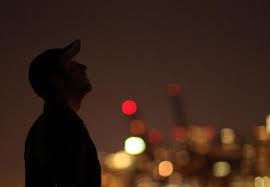 by Mary Anderson Casavant
in SXSW, SXSW Features
on Mar 12, 2011 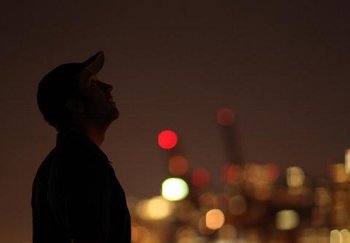 Documentarians get their ideas from all sorts of places — newspaper stories, family albums, an overheard story on a train — but rarely does inspiration come from as poetic an activity as stargazing — unless, of course, the documentarian in question happens to be filmmaker Ian Cheney. While gazing at the New York City skyline, Cheney realized that he lived in a place where stars don’t really exist. Determined to find out how much he’s missed when he lost the night sky, he started interviewing scientists for a project that would become The City Dark, a meditation that explores how the human relationship to the sky has changed since the invention of electricity.

I spoke to Cheney several weeks before the film’s SXSW premiere.

Filmmaker: What inspired you to make a film about such an abstract idea?

Cheney: I grew up spending much of my childhood in rural Maine where I became something of an amateur astronomer. I built my own telescope and taught myself to take pictures as best I could of the night sky. As I grew older and spent more and more time in cities, I grew disconnected with astronomy… A few years ago, I wondered what I had lost moving so far away from the night stars. I was finishing another film at the time, but I started exploring the idea of making a film that explores what it means that so much of us as an urban population live without darkness and certainly without the night sky.

Filmmaker: That’s a really interesting idea but a pretty abstract one. How did you take an abstract idea and turn it into a concrete story?

Cheney: Certainly one of the biggest challenges was how to explore this idea narratively in a way that was a story and could carry an audience along. In many ways, the film is the story of exploring this question, piece by piece, unraveling the way humans and other species relate to the darkness and the night sky… I didn’t know when I started the film the myriad ways that humans need darkness. There’s very much a sense in the film, or I hope there is, that the audience is being carried deeper and deeper into this understanding of how we relate to the night sky. Along the way we meet quirky characters who help me as a kind of mostly off-camera protagonist understand the different topics of the night sky.

Cheney: I started with what I thought was an obvious place to start in the film, which was the astronomers, people who rely on the dark night to do their work or their hobby. Spending time with astronomers, I found two things, one is that many of the astronomers were searching for words to convey what the night sky means to them, much the way another person might struggle to describe what is restorative about a walk in the park or a walk on the beach. There was a sense that there was almost a spiritual question or spiritual loss at play with the disappearance of the night sky… The other area of research that the astronomers clued me into was that the world evolves. Many of them have a long-term perspective that the world evolved with a regular cycle of light and dark, and it’s only been in the last 120 years that we introduced electric light… Only now are we beginning to understand the biology of the night and how humans and other species are affected by the loss of darkness.

Filmmaker: You’ve talked about how you told the story through your own personal journey to answer a question. Did you consciously present yourself as a character in your story?

Cheney: In King Corn, a previous film I made with my best friend Kurt, I was something of a character, albeit a very mild mannered one. I wanted to do something different in this film, so I did not initially want to include myself as a voice in the film. Then in the first few months it became clear that there was something about this topic that was very personal to me and that would be a good way to bring people along. This was partly because when I described it to people, I would get a quizzical look from people, and the only way I could explain it was my own personal sense of loss about the night sky. It was important that I act as a guide.

Filmmaker: Do you ever see yourself making a story that isn’t focused on environmental issues?

Cheney: I got into filmmaking through my interest in how humans relate to the natural world. That led me to an interest in agriculture because the food we eat is the primary way most people relate to the natural world… Filmmaking is a powerful way of mixing art and journalism and storytelling and some degree of advocacy and education. I don’t think I’m interested in being a filmmaker for purely entertainment reasons.

Filmmaker: Do you have a distributor? What’s your festival plan?

Cheney: We have some friendly friends, but I think it’s fair to say we are going in without an official distributor. I think I will be pouring most of my energy at the festival into making sure we have some wonderful screenings. We’re inviting astronomers to set up telescopes after the screenings. Mostly, I just wanted to make a big splash with a packed house.