The Real World is Still Here 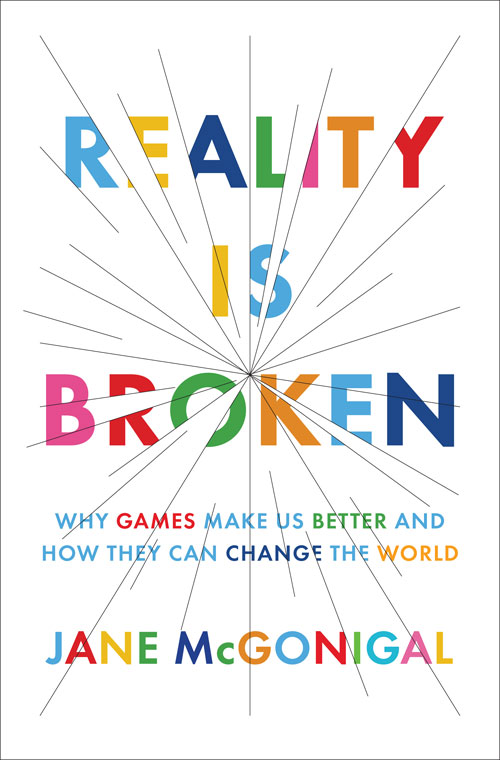 I don’t even know where to start. I just finished reading Jane McGonigal’s Reality is Broken: Why Games Make Us Better and How They Can Change the World (Penguin Group), and I feel like my chest might explode in frustration.

The premise of the book is that when people are playing games they feel “fully alive, focused, and engaged in every moment,” and they have a sense of their own “power, heroic purpose and community.” This is in contrast to the real world: “The real world just doesn’t offer up as easily the carefully designed pleasures, the thrilling adventures, and the powerful social bonding afforded by virtual environments. Reality doesn’t motivate us effectively. Reality isn’t engineered to maximize our potential. Reality wasn’t designed from the bottom up to make us happy,” McGonigal writes.

Solution: “Engineer” the real world to be more like a game.

Don’t get me wrong, games are a powerful medium and we have yet to tap into their potential as a means of trans-formative experience. Games are incredible teaching tools, and creating gamelike environments for people to learn is something we should be doing. There’s a lot we can glean from gamers about what it means to be literate, successful and happy in the 21st century — gamers are fluent in systems thinking, collaboration, quick problem solving, testing hypotheses and managing large amounts of data. They’re great learners and they know how to play, which I would argue is probably the most underrated skill of our time.

But McGonigal, who also outlined her ideas in a talk at South by Southwest this year, takes these important insights about games and play and twists them into a freak show vision in which designing the world to be more like a game — “engineering” is her chilling word for it — will solve world hunger, global warming, poverty and the long lines at your local grocery store.

Now I’ve spent a lot of time with virtual world players, and I’ve always been struck by the enormous disconnect between what these players can achieve virtually as opposed to what their opportunities are in the real world. Several players I’ve interviewed have said that what they like about virtual worlds is that they’re “meritocracies.” In a virtual world you’re judged by what you do and how you play — not by how much money your parents left you, what color skin you have, if you’re upper class, if you’re beautiful or any of the other things that confer status in the real world. 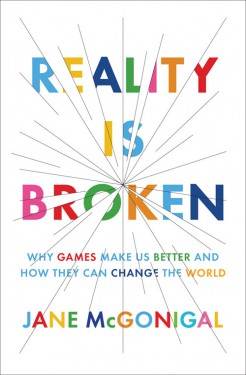 In other words, I get McGonigal’s point that people are achieving something meaningful in a virtual world, the opportunity for which they might not have in the real world. I have always felt the success of virtual worlds was in many ways a sad statement on the American dream of equal opportunity for all. But I could not disagree with McGonigal more about the solution.

What McGonigal doesn’t seem to understand is that there are historical and political reasons that large swaths of Americans don’t have real opportunities. It has to do with things like jobs being shipped overseas and the mechanization of work, decades of attacks on unions, inheritance law, racism and a taxation system that benefits the rich and hurts the poor and middle class. Putting the overlay of a game over certain tasks to mimic a sense of accomplishment, to make someone feel as if they’re accomplishing something epic doesn’t change a single thing for people. It’s the opposite. It’s like shooting them up with a drug so they no longer worry about the fact that they’re poor and left behind.

McGonigal goes on to talk about an alternate reality game she helped build for the 2008 Summer Olympics in Beijing. She talks a lot about how engaged the players were and how fulfilled they felt by their collaboration and success of mastering the game — all wonderful feelings that games can absolutely induce. But then she mentions in passing that the game was sponsored by McDonald’s. McGonigal talks specifically about solving problems like global warming and global poverty, yet she doesn’t seem to realize that a corporation such as McDonald’s is actually part of the system that creates these problems in the first place. And something is terribly wrong about the fact that it didn’t even seem to feel odd to McGonigal to be making this game for an Olympics held in Beijing, the capital of one of the most terrifying, totalitarian regimes on earth. How out of touch with reality can you be?

Of course, McGonigal built her rep as a gaming expert at the Institute For The Future, which is a nonprofit forecasting organization. And, oh that’s right, it happens to be made up of a who’s who of the most powerful global corporations on the planet. Monsanto, General Mills, General Motors, Kraft Foods, Pfizer, Unilever, Amway Corporation and PepsiCo, to name a few. So when McGonigal preens over her game World Without Oil, in which players participated in an interactive narrative exercise about what would happen if we ran out of oil, the reality is she’s actually providing data for global corporations about how to sell things to us down the line. Also players are providing millions of dollars in value with their creative output in the game — which McGonigal talks about so enthusiastically — but are not paid a cent. McGonigal says paying people for this kind of work would actually be a mistake because people are better motivated by a system of pretend points than they are by money. In fact, she has coined a term for this: the “engagement economy.”

I can’t decide if I think this is simply fairy-tale thinking or out-and-out evil plotting. It makes me think of all those bloggers working for free for the Huffington Post who didn’t see any of the $315 million AOL paid for the site in its recent acquisition, despite having helped create its value through the content they produced.

This is an unsolved problem in the digital economy, and I don’t blame McGonigal for it. But I do blame her for being so caught up in a fantasyland as to fail to see the real consequences of what she’s so eagerly championing, which is more for the people who already have it and less for those who don’t. That’s not my idea of a better world.

And this is just one example of McGonigal’s prescriptions for “fixing reality.”

She’s also working on a game that she thinks will help end poverty in Africa. The game challenges people, “stealth social innovators,” to “launch their own world-changing venture” by participating in the game. But while she writes with the best kind of carnival-show bravado, she displays absolutely no understanding of the desperate system of poverty, disease and violence in which so many parts of Africa are caught up. Corrupt regimes? Not of interest. The legacy of colonialism?  What’s that? Decisions by drug manufacturers not to provide low-cost drugs to AIDS patients? Never heard about it. To ignore the reality of a situation because you’re too busy singing about how great it will be when everyone achieves personal fulfillment through lending a hand is the worst kind of denial.

On another note, McGonigal’s prescriptions are, frankly, kind of sad. She talks about a game she made up to help her heal when suffering from a concussion. It involved pretending she was a superhero on a mission. She got friends and family to be in the game with her as allies, and she says this game structure allowed her to talk to friends and family every day, which she needed to keep her spirits up. But I don’t understand. Why couldn’t she just pick up the phone and call these people? Why should we build elaborate ruses with secret identities and ridiculous missions in order to have the social contact we need? It’s as if McGonigal loves games so much because she doesn’t know how to interact with people without a set of prescribed rules or through role-play.

As much as I might like to play games and as much as I believe in the authenticity of the experience I have while playing, I find the idea of hanging a veil of pretense in the form of rules and role-playing between me and my interactions in the real world deeply disturbing. I can’t help but feel this comes from a fear of intimacy and engagement and not a true desire to foster these things.

So I guess McGonigal is out to “change the world.” She wants to build games that give people a pretend sense of accomplishment so they don’t realize there are no real opportunities. Then she wants to hand over the insights and ideas that come out of game spaces to corporations, and she doesn’t want to pay the people who had them because really she knows they’re happier getting points from some website. (Why do I get the sense McGonigal has never met someone who actually has to struggle to earn a living?)

Well, she’s right, gameification will change the world: It’ll be a much worse place.