Far From Afghanistan: U.S. Filmmakers Agitate on 10th Anniversary of the War 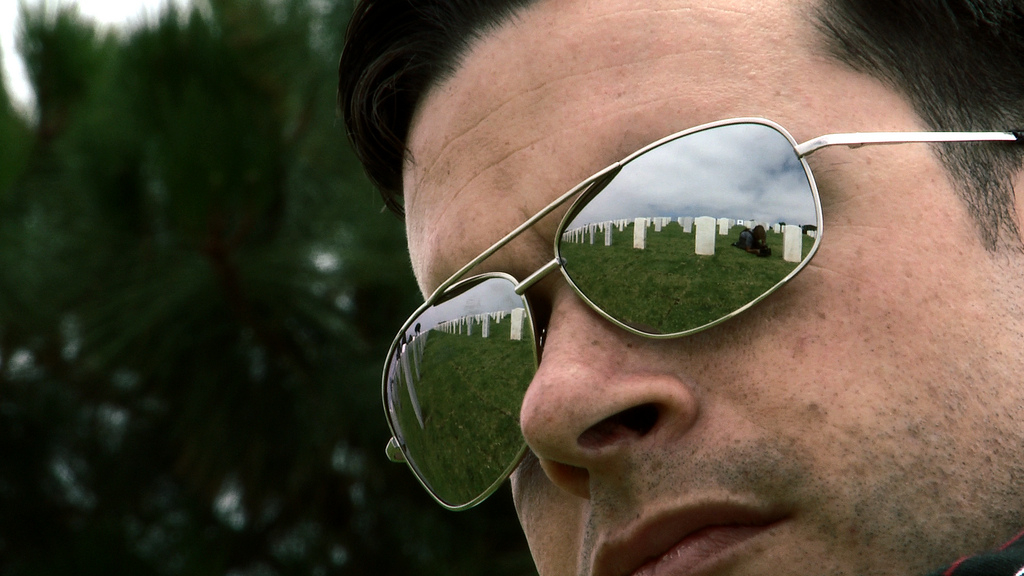 A still from Minda Martin's "The Long Distance Operator," one of five shorts in "Far From Afghanistan"

by Anthony Kaufman
in Filmmaking, Post-Production
on Sep 27, 2011

“Though I don’t have any children,” says John Gianvito, “I imagined a child someday saying to me, ‘You regard yourself as a political filmmaker, did you do anything during the longest war in U.S. history?'”

Gianvito, the Boston-based director of the acclaimed feature The Mad Songs of Fernanda Hussein, recalls this thought coming to him earlier this year as the 10th anniversary of the U.S. war in Afghanistan approached. On Thursday, October 6, in honor of that day of infamy, Gianvito and a team of filmmakers will unveil an ambitious omnibus project to raise awareness about the enduring conflict.

Still a work in progress, Far From Afghanistan: The October Edition (pictured) will premiere on-line for one-week only to coincide with the anniversary, both to help accelerate political resistance to the war as well as help boost funds for the project’s Kickstarter campaign. As of September 26, the project was far short of its $25,000 goal, raising only about $5,300.

Gianvito conceived of the project earlier this year, galvanized by several factors: a 2010 Pew Research Study which stated only 4% of U.S. media made any reference to the war, despite the fact that it was the war’s deadliest year and a talk he attended in March with female Afghan activist and legislator Malalai Joya and Noam Chomsky. “Listening to Joya’s impassioned and cogent assessment of the situation was the last step in making manifest that I had to do something,” he says.

At the time, Gianvito had been deeply ensconced in his four years-in-the-making Vapor Trail, a large-scale documentary about the legacy of the U.S presence in the Philippines. However, he says, “my conscience was prodding me more and more.” He realized he would have a tough time making an October deadline, and came up with the idea of an omnibus project as “a way to create something more than a short film and to build a stronger base of solidarity around the issue,” he explains.

Inspired by the 1967 French documentary Far From Vietnam, which includes nonfiction entries from Jean-Luc Godard, Agnes Varda, Alain Resnais, and Chris Marker, among others, Gianvito compiled a list of about 25 U.S. filmmakers, because as U.S. citizens, he says, “We bore the lion’s share of the responsibility.”

He first contacted Travis Wilkerson, director of the critically acclaimed An Injury to One, who joined the project to make Fragments of Dissolution, which Wilkerson describes on the project’s website as an extension of Proving Ground, his “agit-rant about war and empire.”

Gianvito says he received encouraging words of support from such acclaimed doc-makers as Michael Moore, Pamela Yates, Laura Poitras and others, but they had to decline because of conflicting production schedules.

The segments themselves are largely experimental: Gianvito’s My Heart Swims in Blood, for example, juxtaposes shots of a fraught and sleepless Andre Gregory, with beautifully composed images of American consumption and superficiality, and audio narration about incidents of civilian casualties in Afghanistan.

Both Jost’s Empire’s Cross and Martin’s The Long Distance Operator coincidentally use embedded combat camera footage and military surveillance imagery—such as the famous Wikileaks “Collateral Murder” video—in evocative ways, as Martin suggests in a description of her project, to “give Americans a way of thinking about their own distance from the war.”

Because most of the episodes have little images directly from on the ground in Afghanistan, Gianvito contacted an organization called Afghan Voices, made up of a group of young Afghan media journalists, who offered to film a variety of location shooting, which will comprise a large part of the interstitial structure of the final film.

“I have been told that even in Kabul now there is risk involved in pulling out a video camera and I am incredibly grateful and moved by the work these folks did for us,” says Gianvito.

Producer Steve Holmgren says the projects will be about 75% done when they’re shown online next week. He heralds the filmmakers for previewing the projects so early in their making. “It is a vulnerable thing for the filmmakers and bold move for the project as a whole (certainly worried about fest premieres and future play),” he says, via email. But Holgren and Gianvito felt that it was important for the cause to create an event around the 10th anniversary of the war.

The Kickstarter funds, if raised, will help cover the costs of on-line and related post-production expenses, as well as funds to readily work with the Afghani filmmakers and their footage.

Gianvito says they’re planning to premiere the project as a feature-length film in 2012, with several film festivals already showing interest.

But for now, Gianvito hopes Far from Afghanistan can start to have an impact, sooner rather than later.

While he admits that artists must “maintain humility about the capacity of any single work ‘changing the world’,” he continues, “history reveals that films have made differences, and media in general, can be powerful tools to stir, shape, and also manipulate consciousness.”

“To me any work that reawakens and re-sensitizes me to my own humanity and those around me is performing valuable political work,” he adds.