On The RED Scarlet-X, Kickstarter And Camera Obsession 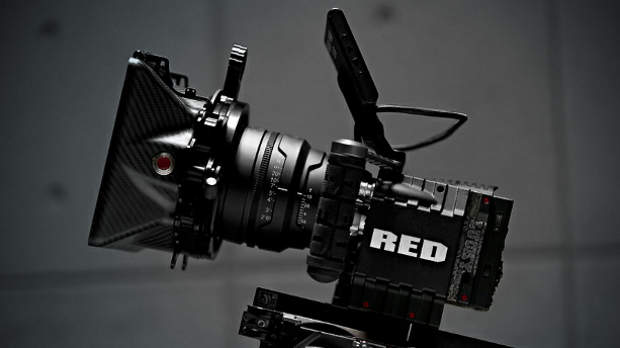 by Scott Macaulay
in Cinematography, Filmmaking
on Nov 6, 2011

I’ve been meaning to post notice of the other big camera announcement this past week — RED’S unveiling of the SCARLET-X. Over at his No Film School, Koo has been all over this camera, writing that instead of the Scarlet being what we once thought the Scarlet would be (“a 3K for $3K camera), “It is very, very close to being the same camera as the $28,000 EPIC-X — it’s the same size and weight, has the same large sensor, takes the same accessories, and maxes out at the same 5K resolution — except the SCARLET-X starts at under $10K.”

Koo followed up with another post in which he wrote:

Camera specifications do not a good movie make, I know. But I’m sorry — if you’re not excited about this, you’re not into cinematography. RED’s Jim Jannard claimed this would be the most significant announcement in RED’s history, and he wasn’t kidding. And while I know the cameras will not ship with all features intact from day one (and RED says they’ll probably be back-ordered until February), this camera has at least 2/3 of the EPIC-X’s ability for less than 1/3 of the price. You can bet that the price of this made-in-USA camera was set more by Jim’s desire to win the fight with Canon (and everyone else) than it was by a calculation of maximum profitability. It helps that he has deep pockets from Oakley, but still: to me the SCARLET-X represents RED making good on their initial startup promise (if they haven’t already) of democratizing film production,1 and I’m excited to shoot Man-child [Koo’s Kickstarter-backed debut feature] on a SCARLET-X.

After Koo noted that his order is in for the camera, his comments page blew up, with a few highly-vocal posters criticizing him for spending money on a new camera. One even posted a whole article on the EOSHD blog entitled “What Expensive Camera Obsessions are Doing to Filmmaking,” writing,

Before his successful Kickstarter campaign Koo was a DSLR shooter and he still is an aspiring filmmaker, and I wish him the best of luck. Of course he can invest how he sees fit but isn’t the generously donated $120k better spent on the actual film? Hell knows why he felt he needed it. It is like a guitarist joining a band and immediately feeling the need to splash $10k on a guitar and $4k on an amp before writing songs and jamming with his band members.

The debate has led to an extraordinary post by Koo entitled “Why I’m Ordering a Scarlet-X and How it Relates to My Feature Man-Child.” Painstakingly, he details his decision to buy the camera, notes where funds are coming from (not from his Kickstarter monies), why he thinks it’s the best camera for his film, and the life decisions he’s made that enable him to make this equipment purchase.

Reading it through, I realized it’s not only a great example of Koo’s commitment to transparency and openness on his blog, but that it’s also a useful mental checklist anyone could use when buying new equipment. I understand the POV of the critics; it’s true, often one can fixate on a gear choice instead of focusing on other aspects of moviemaking. But the opposite is true too — one can forestall a camera commitment because the better option must be around the corner. Committing to a camera can also be a positive step on the road to making your film. Koo’s exhaustive 12-point rebuttal is something other filmmakers could use to examine their own equipment purchase choices.

The other issue laced through this conversation, though, is one that I haven’t heard discussed much. That is: what responsibility does a Kickstarter filmmaker have to his donors? Does putting a film on Kickstarter restrict behavior outside of the stated use of the funds? Does it imply that the project leader should be behaving any differently in other areas of his or her life?

I don’t think it does. I’ve given to numerous Kickstarter campaigns, and they’ve been launched by people of varying economic means. In all cases, I’m not asking to see their tax returns — I’m recognizing that today’s film economy doesn’t support their work and that it needs my direct donation to be viable. The only criticism I think I could lob at a Kickstarter filmmaker would be if they never made the film…. but even then, I’m not sure that’d be valid. If the process of making the film led to a different project, and my funding enabled that journey, I’d be fine with it.

What I like about Kickstarter, Indiegogo and crowdfunding in general is that in many instances what’s funded is not something so specific. I mean, in most cases I haven’t read the scripts and know little about the projects. I’m investing in faith, and in belief in the person. And when I hit that green button, I know that that $25 doesn’t imply a social contract that extends through the filmmaker’s life as a whole. I donated to Koo’s campaign, I’m happy he’s found a camera he likes, and I’m doubly impressed by his commitment to his supporters that he’s outlined his purchasing decision so exhaustively.