BUILDING COMMUNITY… ONE PROJECT AT A TIME

As the practice of ‘crowd-funding’ has come of age over the past couple years, so has the wide array of opinion about it. Some have called it a ‘game-changer’, especially when it comes to funding films, others seem to think of it as a magical place where free money simply appears from thin air, and yet others are wholly unconvinced, if not fully disdainful, of this practice of ‘organized-begging’.

I can sympathize with the latter, seeing how crowd-funding has contributed to the advent of incessant self-promotion via social media sites, and the fact that you feel like everywhere you turn someone is asking you for a dollar whilst waving the banner of “support indie (insert art form here)” in your face. It can quickly begin to turn into noise, that you’ve soon trained yourself to immediately tune out. I’ve been on both sides of this proverbial coin and completely understand the frustration.

At the same time I also see the value, and personally find value, in helping support my fellow artists. Sure, I can’t financially commit to supporting everyone whose work I enjoy, or would like to see, but I definitely do what I can because I see the writing on the wall. Over the past couple years it has become very clear that if we want to continue to see, experience or view new and innovative works across a wide variety of mediums, from visual art, comics, and music to film, we’re going to need to get involved with our pocket-books at a much earlier stage. The old days, and old ways, of discovering new artists and their new work as a passive end-user is, and has been, eroding, if not fully on the decline for some time. Direct interaction between artist and audience is quickly becoming the new normal, and direct patronage of the work is following suit.

That said, this business of crowd-funding is a tricky, difficult endeavor to pursue. 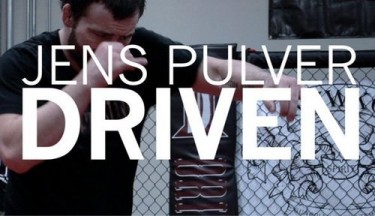 My first outing in this arena came out of sheer necessity in early 2010 when all traditional funding efforts for my documentary film JENS PULVER | DRIVEN fell through and I found myself fighting the clock to ensure the film could be made at all, as it centered on a very specific moment in time, an upcoming fight, which I would only have one shot at capturing.

With a Kickstarter.com invite, and 4 minute teaser trailer, in hand I quite foolishly took the plunge into the world of crowd-funding without a clue. I stumbled along doing everything I could possible imagine to get the word out. I wrote about the film, I talked about the film to anyone who would listen, I signed up on mixed martial arts message boards and interacted with fans of the sport, I sent out press releases, I shared the campaign via Facebook and Twitter, I answered every single email that would come my way, and I did all of this with an ardent belief that the campaign would eventually end successfully. A belief I carried into the final 72 hours when I still had $13,000 to raise. Thankfully, the outcome was favorable and I did end up raising, and finally surpassing, the goal of $25,000 to get the film into production.

The film, which was ultimately fully fan-funded, has since been completed and gone on to find success playing film festivals and finding North American Video on Demand distribution (via Gravitas Ventures) where it’s been ranked in the top 100 docs on iTunes since its release in July of this year. All told, a nice end to what began as a ‘hail-mary’, but has since grown into a worldwide community built around the work.

As I’ve endeavored to continue building that community, and create new opportunities for DRIVEN to be seen, like every other filmmaker/artist, I’ve set my sights on the next project. 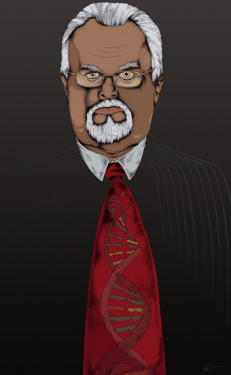 Since April of this year I’ve been developing a documentary film titled BLOODSWORTH, about Kirk Noble Bloodsworth, who is the first death row inmate in the US to be exonerated by DNA evidence. Larger in scope than my previous film, I’ve worked to build support, and begin the financing, for the project out of the public eye. After having been successful at 3 previous crowd-funding campaigns, I had honestly little intention to seek out that route again knowing how hard the work was, as well as simply not wanting to wear out my welcome. So, over the past several months I’ve done a lot of leg work, gained some true believers along the way, and secured the sponsorship of the IFP. Generally successful when it comes to the long and arduous road of producing an independent documentary film. Though, as of late, I’ve come to realize that I am missing that one key element that helped drive my previous work. Community.

This, in my humble opinion, is the true value of bringing your project out into the light via crowd-funding. It is what finally convinced me, beyond the financial need to move the project forward, to return to Kickstarter for this next endeavor…. the ability to bring early awareness to the project, and through that, begin building a community around it, as I make the film.

This idea is not relegated to just the practice of ‘audience building’ that gets thrown around so much. Audience is passive. Community is active. With BLOODSWORTH, I am once again entering into a world I know little about, which is also in turn why I am tackling the subject. What I do know is that there is a very active community working incredibly hard on a day to day basis to create real and lasting change in our criminal justice system on behalf of individuals who share in stories like Kirk’s. These individuals and organizations possess both a passion for, and deep knowledge of, these stories. Passion and knowledge that, through interaction, can help to inform and enhance the work I am doing. I do not want these individuals and organizations to simply become audience for the film, I want them to become a community around it, and in some cases, participants in it. Through these efforts of building and interacting with community early and often, I’m not only paving the way for the future success of the film, but I giving myself the opportunity to create a richer film that is more informed, and more relevant to these contemporary issues which in the end, affect us all.

I believe anyone looking to launch a campaign via Kickstarter, or any other platform, needs to understand that all important aspect of these endeavors. It’s not just about raising money, it’s about elevating the work through interacting with the community that comes out in support of it. Sure, some will prefer to take a more passive role, but don’t close the door on those who are willing to act on behalf of you and your work.

At the end of the day, even though contributors are not technically investing in the work, by the very act of departing with any amount of money on your behalf, they’ve said, “Hey, I believe in you, in what you’re doing, and that you’ll get it done.” It’s not a commitment to take lightly. By asking for these dollars, and this type of direct support, from friends, family, acquaintances, and at times complete strangers, you are making a commitment to deliver on your campaign’s promise to the best of your ability, – and if you do so with a level of openness toward those who support you, you’ll only serve to enhance the project and its life overall.

As I know embark on this fourth Kickstarter endeavor, I will leave you with some of the fundamentals that I do my utmost to live up to with each outing in order to (hopefully) achieve all that I speak of above.

1) Be grateful. If people are taking the time to pledge to your campaign, say thank you.

2) Be open. Individuals who pledge to your campaign deserve your interaction. So, if they have questions or simply want to express themselves to you, be receptive and respectful.

3) Be on task. Concentrate on making the goal, and always consider new and creative ways in which to reach out to your potential community.

4) Don’t bully. People give out of appreciation, not being brow-beaten. It’s fine to share your campaign via social media, to email, to ask… but understand, just as you do, people have lives and perhaps their slow, or sometimes, complete lack of response likely has nothing to do with you.

5) Know it can be done, and proceed accordingly.

Finally, running a crowd-funding campaign is truly difficult, so if you’re going to bat for something in such a public arena it’s important that you believe wholeheartedly in what you are doing. That belief can be contagious, and it is absolutely necessary if you’re going to survive the campaign.

Gregory Bayne is a filmmaker living and working in Boise, Idaho. His most recent film, JENS PULVER | DRIVEN, is now available on several cable and internet Video on Demand platforms including iTunes & AmazonVOD. His current film, BLOODSWORTH, has just launched a campaign via Kickstarter.com that ends on December 5, 2011 to fund initial production of the project.