by Michael Murie
in Cinematography, Filmmaking
on Dec 23, 2011

Dave Kruta grew up drawing and painting, but fell into cinematography in an unusual way. Working as a web designer, a job for a friend led to a video project. This eventually led to working as a DIT – he is a member of Local 600 DIT – but he says his passion is cinematography. He’s been doing more d.p. work this past year, perhaps helped by the fact that he bought his own Red Epic system earlier in the year.

In this interview he talks about using the Epic and Alexa, the M and X versions of the Epic, and shooting with the Epic on a small, light custom rig he put together.

Q: What cameras are you primarily shooting with these days?
A: It’s a mix. The last months have been entirely EPIC, but this year alone I’ve worked with every build of the Arri Alex that’s come out, from version 2 to 5. I’ve worked with the Sony PMW-F3, and I was just playing with an NEX-FS100 this afternoon. I’ve also shot with the Canon 5D, 7D, Panasonic AF100, and Phantom Flex, but it’s overwhelmingly been the Alexa and Epic.

Q: Were you shooting with the Red One before the Epic?
A: I used that quite a bit. Not last year, but the year before, sort of after it became popular. I used it on almost every project for a year. And then the DSLRs became popular, and I was able to buy and work with those, but with digital cameras, it’s sort of been a flavor of the month situation. 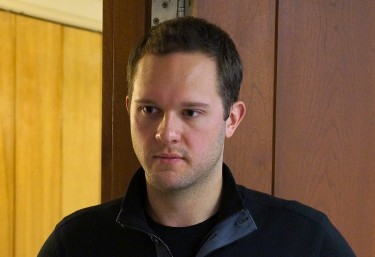 Q: Is the Epic the flavor of the month? Has it replaced the Alexa?
A: We’ll see. I see them being used in different situations. As an owner operator camera it’s one of the best out there. It gives you a nice mix of features and versatility in terms of build sizes, and it accommodates all sorts of different configurations.

Q: What about the Alexa?
A: With the Alexa, it’s harder to be an owner operator. It’s more expensive. You have to get the right kind of jobs that are going to pay for it, and to me, the jobs where the Alexa really shines is TV and commercials. It shoots to ProRes, gets you a really nice-looking image that you can run right into your edit suite and work on. I think the Epic is experiencing a lot of popularity right now, and I sort of see it and the Alexa side-by-side, depending on the job.

Once we start seeing the Sony F65, I’m sure that’s going to take a chunk out of both those markets.

Q: When would you pick the Alexa vs. the Epic?
A: If I didn’t own the Epic – which sort of skews me a little bit – I would say that the Alexa is great if you are looking at a fast turnaround. As a DIT, coming from that world, I’ve been able to do live, on-set color correction, working with LUTs and sending out signals to all the monitors, and a lot of directors and producers like to see that. And a lot of it is the Arri name and that thing is built rock solid. It’s just unbelievable, it fits in with all the accessories. It’s a really amazing camera.

I like the EPIC because you can reframe in post, it’s got the slow motion capabilities, and it’s just tiny. That’s really the biggest thing. That’s a 4 lb body vs. a 12 pound body. 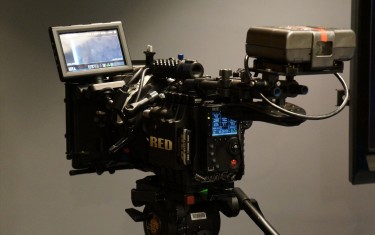 Q: You have one of the earlier models?
A: I have the EPIC-M , which is the hand machined version, and it came out before they started shipping the production model.

Q: How long between the hand built and the production models?
A: I think it was a solid six months after the first M’s started coming out before the X’s started shipping. It’s still going to take a while for people to be able to order the cheaper production model because they’re only shipping them to former Red owners who signed up for their replacement/upgrade program.

Q: How long have you had your camera?
A: I’ve had it since about July.

Q: You’re thinking of getting it upgraded?
A: Red changed a few of the physical things on the camera between the M and the Production X’s. It’s basically a couple of mounting points on the body and it’s a newer heat sink design that is half a pound lighter. Red will eventually send out an email and I’ll ship my camera back to Red and they’ll make those small modifications. But it’s basically cosmetic; it doesn’t change any functionality and with the third party things that I’ve got on it I might not even need a lot of that stuff. 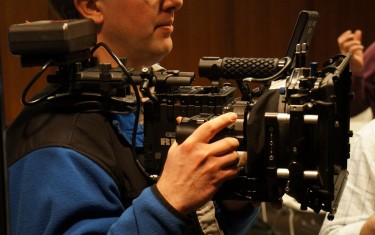 Q: You demoed a basic rig that you have set up with it. What is that?
A. The rig that I built is intended to go between modes very quickly, and as far as shooting any sort of low budget production, the less time you can waste, the better. I’m sure that’s the case for every production, but it’s especially important on a feature and commercials when there is no money for error.

What I did is I built a little lightweight 15mm shoulder mount on top, and then the whole system runs off of the Viewfacter full metal jacket plates. This allows for 15mm lightweight rods in the front, so you can put the matte box on and that whole thing goes right on the tripod plate, and you can be in studio-mode and hand-held mode within two seconds. Steadicam is a little bit long – as usual – but to pop it off a Steadicam and be back in hand held or studio, it’s a fraction of the time it would take to do a full rebuild.

Q: There’s been some question about reliability? What’s your take on that?
A. I haven’t had an issue with it. To be honest, I’ve actually had more problems with the Alexa than I have with the Epic, although I’ve used the Alexa about twice as much as the Epic this year.

On the new build that I just installed the other day, it’s a beta build, it’s frozen on me a couple of times. Not during a take, just playing around with the touch screen or going into playback, but otherwise it’s been completely rock solid.

Q: Is there anything you’d like them to improve on the camera?
A. There’s always improvements. Now we’ve got playback, which is great if you’re shooting slow motion or if you’ve got a very critical shot. Playback can be a hindrance sometimes, just because it’s still a beta build. It’s still a little buggy when you do playback.

There’s obviously a whole slew of features they’re still working on, and Red’s been really good about it lately. They tend to release something every couple of weeks, so I’m sure it’s only going to get better.

I would love to see the Pro Audio (I/O) module where you can use full sized XLR input’s and add another viewfinder port.

Q: The Epic does have audio-in right now, with a mini-plug. You didn’t use the on camera audio for the movie you recently shot. Had the ProIO been available, would you have used it for that project?
A: I think for any feature film I would always go double system. I would love to see the Pro I/O; it’s not only the XLR and the extra viewfinder, it’s got more SDI outs and it basically makes it more like the Alexa where you have every port imaginable and you can send out all these different signals. That’s sort of the world I’d like to see. More options are always good.