by Filmmaker Staff
in Sundance, Sundance Responses
on Jan 19, 2012

I had always only written for the stage, but when I wrote Hello I Must Be Going it was a film from the beginning and could only be a film. 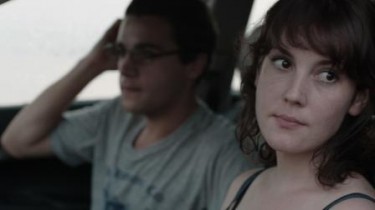 I wanted to explore what it would be like for a grown woman to wake up suddenly in her parents’ house with nothing of her own, totally dependent–the subtle humiliations of being an adult thrust into the position of being a child.  There was something just so horrible and so painfully funny to me about her situation, and I really wanted to render it as truthfully as possible, to follow it from her point-of-view, moment-to-moment.  Film was the only way to get as close as I wanted to her experience, to be able to track visceral experience, the way things look and sound when one is in a certain place emotionally–to be able to convey a whole experience without any words at all.

Even though Hello I Must Be Going deals with serious subjects, the script is really very joyful and energized.  There is so much humor and vibrancy in the story, especially when the sexual elements begin to unfold.  I tried use the film to explore a kind of tactile intimacy, with silence and breath, steam and sweat, to bring us as close as possible to the potency of sexuality energy–and then with the vibrancy of the light and music to reveal how that energy helps resuscitate the main characters.  Film is the only medium I know where I can get this close to experience.

I love so many different art forms–visual art, dance, theater, music, literature—and I get to explore them all in filmmaking.  For me, the unique power of film is in its potential to align all these forms of expression in the service of a singular story.