by Michael Murie
in Cinematography, Filmmaking
on Feb 3, 2012 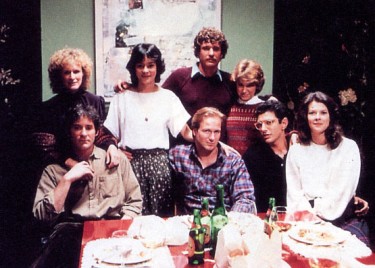 John Bailey was a graduate film student at USC studying film criticism when he discovered a passion for cinematography while working on a school production. His first feature-length credit was for a 1972 horror movie Premonition, and since then he has accumulated a long and impressive list of credits, including such classics as: Groundhog Day, The Accidental Tourist, Swimming to Cambodia, Silverado, The Big Chill, and American Gigolo. More recently, he’s worked on projects as diverse as Divine Secrets of the Ya-Ya Sisterhood, Must Love Dogs, The Producers, and Country Strong.

I first heard John speak at an event organized by Kodak in Rochester in the late 80’s. He talked at length about the language of the movies, and about shooting The Accidental Tourist. It was a revelation; at the time, cinematography to me was framing the camera so the subject was in the scene; if the subject was too far away, you zoomed in. I didn’t think much about how the effect of using different focal lengths could change the feeling of a shot. Basically, cinematography didn’t exist for me prior to hearing John speak.

So it was a big thrill for me to hear John speak at an event last December hosted by Emerson College and the Boston Creative Pro Users Group. John spoke, along with his wife, Carol Littleton, about the making of the movie The Big Chill (pictured above) in a discussion moderated by Bobbie O’Steen.

The following are some of John’s comments from the evening:

On the two week rehearsal for The Big Chill:

BAILEY: The ability to have the rehearsal time we had on The Big Chill was actually kind of unique. I’ve had a few films where I’ve been able to be with the director and the actors for rehearsals, but nothing like we had on The Big Chill, which was two weeks. It was another time. Actors were more accessible; now agents have the actors booked so much back to back on projects, there’s so little time, it’s very problematic whether the director gets more than a day or two of rehearsals. The best we can usually get is a table read of the scene.

I can only say for those of you who are students…the ability to rehearse scenes, dig into the material and engage the editor and the cinematographer and the editor who are the two key people that are essentially building the film with the director is something that you really need to fight for. It makes such a huge difference. I hope you will see it reflected within the film. There’s a casual intimacy that goes beyond actors playing roles, or at least I hope that’s what you get out of it. And it’s really a product of having lived together, played together, in some cases slept together.

Noting that writer-director Lawrence Kasdan was very strict with the actors about following the screenplay, Kasdan wasn’t so concerned with positioning the camera:

JOHN: Larry may not be terribly involved in staging the camera itself, it’s something he would give me a lot of latitude. Once we would choreograph the scene and block it, you know you work out all those problems just with the actors blocking, and then you bring in the camera and decide what to do with it. And that’s the way it goes. Otherwise you really do have chaos if you start changing the shots from take to take. 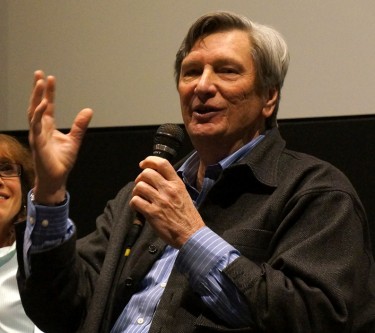 On influences, bridging shots and thinking about transitions:

BAILEY: Paul Schrader wrote a wonderful book called Transcendental Style in Film, and one of the things about [Yasajiro] Ozu that Paul talks about is these triads of shots, where he uses three shots to bridge sequences. So it’s not a literal sort of dissolve or a move, you see a kind of time passing with three shots bridging sequences, and that’s something we used very much in American Gigolo.

Not that Larry and I tried to deal with that specifically, but you will see little bridge shots sometimes, that are more than just an arbitrary transition shot. They helpfully set up the mood for the next scene or make a comment on the scene that’s just gone out. And of course, Carol being an editor, is very concerned with transitions.

When you think of someone like [Vittorio] Storaro, who had a very long relationship with [Bernardo] Bertolucci, and you look at a film like The Conformist. How many of you have seen The Conformist? Well, tomorrow, all the rest of you go out and get the DVD. You must see this film. It takes place in 30’s fascist Italy, from an Alberto Moravia novel, and is absolutely the most impeccable combination of cinematography, sound, production design, and the integration of politics.

The challenge of shooting the corpse reveal:

JOHN: A series of shots like that, a kind of montage, it’s very difficult to give any dramatic impact to, because a lot of times you need inserts just for information. I’ve always felt that what are unfortunately called inserts can actually be very deeply revealing and emotive parts of filmmaking.

The sequence of Kevin Costner’s corpse being dressed is done through these slow reveals where at first it just seems like it’s a man getting dressed. And some people get it at the shot with the belt where the woman’s hands are there, you think ‘oh maybe his girlfriend’s putting his belt on’ or something like that, and then it’s slowly revealed.

And of course you see by the end of the sequence that obviously he’s committed suicide. And even though nothing is said, you see where it’s tied in to each of the reveals of the characters who were informed of the news. And you know something terrible has happened, has linked them all somehow, and then that sequence finally reveals it.

BAILEY: Larry and I were scouting locations to find a remote country church. We found a church that was beautiful, perfect, a four square American church, and we backed up across the road to take a look at the establishing shot. I turned around and I saw that field and of course immediately the contrast between the architecture of the church and the open field said so much about the whole notion of what America was, and that carving of civilization out of the wilderness we all know from the myth at least of the history of our country.

And then, the day that we did the shot, I got up on the crane and I was setting it, where the camera is up high above Kevin Kline, and I saw those ploughed furrows, and remembered that the shot that was going to end the previous sequence with the cut stitches, and I said to Larry “Holy Sh$%!” I said, “I can’t believe what I’m looking at” and he said “what?” and so I told him and he got up on the crane. He looked at it, and I don’t think it quite registered at the time, but then when we saw the dailies he got it [the connection between the furrows and the stitches].

BAILEY: The film was very carefully laid out in the script, particularly this sequence where all of the characters are introduced, a lot of them through a camera move. And they’re not just inserts; they tell you something very significant about who that person is, and then when you cut that into the church, they now come together in groups and you see already the kind of relationships they’re going to have later on in the film. The thing between Tom Berenger and JoBeth Williams, the closeness between Mary Kay Place and Glenn Close, it’s like there’s already a progression that is totally visual that is happening there that sets you up for essentially the dramatic and dialog progression of the film.

The Big Chill is also known for a scene that featured Kevin Costner that was removed from the film. When asked about this scene, Carol noted that it was a scene that Larry had been in love with from the beginning, but they couldn’t get it to work in the movie, even though they tried it in a couple of places.

BAILEY: You know, that’s an interesting thing; my experience has been a lot of the time working with directors, especially writer directors, there will be one or two scenes that they tell you are key, in Larry’s case the flashback “this is why I wrote the script.” Almost invariably I can tell you the scene that a director is in love with the most, is the first scene that should go on the floor. Because it’s explicit; it already tells you what the movie is about.