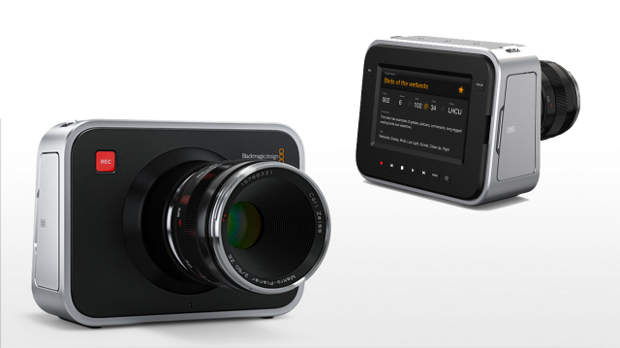 by Michael Murie
in Cinematography, Filmmaking
on Apr 17, 2012

DP’s are probably aware of Blackmagic Design’s capture and playback devices such as the HyperDeck Studio or UltraStudio SDI. They may have even heard of their Davinci Resolve color grading software. But I don’t think anyone expected Blackmagic to announce a digital camera, which is what they did yesterday at NAB.

The other thing to wonder about is the performance of the sensor. At 2.5K it closely matches the resolution of a 1920 x 1080 frame, so aliasing and moiré will hopefully be minimal. The real question will be: how does it perform in low-light?

And while the camera offers some interesting connections (Thunderbolt!), uncompressed recording to SSD’s, a large LCD screen and Canon EF and Zeiss ZF mount compatibility, operationally it may be a little more like a DSLR than the NEX-FS100. It seems certain that you’ll want to use it in some kind of rig.

Since it lacks 4K, and the high-frame rates of the NEX-FS700, another real question is; will it compete with the Canon 5D Mark III, the NEX-FS100 and Panasonic AG-Af100, or carve out it’s own niche? With an expected ship date of July, we should know soon.

John Brawley has posted some clips shot with an early build of the camera: John Brawley Vimeo

BEACH
On the beach, I shot these clips watching the sun go down and into night. There are a lot of colour changes and the clips are in and out of order here. It was a beautiful sunset and the colours were changing very quickly. Night here was 1600 ISO with a 360 deg shutter. Lighting by LCD screen and tally light !

And finally,  if you don’t already own Davinci Resolve, you’re almost getting the camera for $2,000! 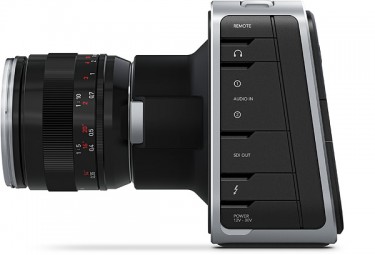