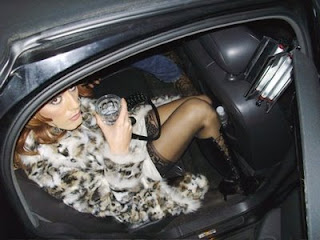 Filmmaker Kyle Henry was one of our “25 New Faces” in 2006 on the basis of his excellent debut feature, Room, and now he’s blogging about his fascinating follow-up, Fourplay. Executive produced by Jim McKay and Michael Stipe, and produced by Jason Wehling, Fourplay is a series of short films highlighting sexual transgressions, and, as the blog makes clear, the final product may be compiled into a feature, released as a series of shorts, or may be part of some other, more fluid kind of format.

From the description of the film on the blog:

Four transgressions, four transmissions, four true tales of sexual intimacy: in AUSTIN, a young heterosexual couple debate independence vs conceiving and arrive at a startling compromise; in TAMPA, a man finds his own private nirvana in a public restroom; in WEST HAVEN, an older woman falls for her pastor’s dog; and in SAN FRANCISCO, a transvestite prostitute faces a challenging assignment.

These are emotionally high stakes stories that require bravura performances and we are doing all this on a very small budget. Hope we are up the task! Also, by making a series of shorts, we don’t know what the final form will be, or if there will be a final form versus a series of forms (e.g. stand alone shorts serially released on VOD, a narrative feature packaged for festival/theatrical/cable/DVD distribution, or an add on for free to a progressive sex-ed websites like Nightcharm or Jane’s Guide or Butt Magazine). Who knows?

We are interested in telling stories where sex functions as it does in our real lives: as potentially major/minor turning point/s in not only the relationships we create through the acts themselves but also in our understanding of ourselves and the world around us through committing these acts.

Or, as Henry wrote to me in an email, the film and its byproduct, the blog, “give voice to real-life visionaries like Chloe, whose knowledge of life (and sexual intimacy, not just sex) is gained through real living and not just its recreation through cinematic simulations.”

Start by checking out this introductory post and then move on to its more recent and very interesting content, including interviews with the actors, who include Gary Chason (Dear Pillow) and Chloe, a professional transvestite sex worker, in which they discuss the intersections (or not) between their lives and their characters.

Note: the blog is NSFW, and you have to assure Google you are over 18 to view.