by Jason Guerrasio
in Directing, Distribution, Filmmaking
on Oct 27, 2009

Aw man, I am thinking. Last Thursday’s New York Times is up on my computer screen and I’m looking at the virtual front page, just below what would be the fold. The headline: INDEPENDENT FILMMAKERS DISTRIBUTE ON THEIR OWN. It’s turf I’ve become increasingly familiar with in the last couple of months since I started plotting a DIY course for my documentary Strongman and I dig in to the article. I don’t get too far before I realize I have a serious problem—Sacha Gervasi took out a second mortgage on his house to pay for the distribution on Anvil. I don’t have a house. 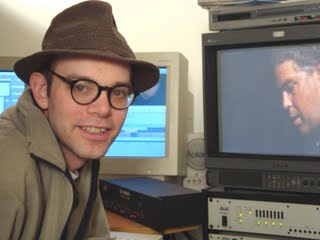 Maybe it’s just as well, of course. If I had a house, I probably would have mortgaged it long ago. The truth is a lot of us would. We are filmmakers who operate on a certain amount of faith. We make films because we believe — we believe we have something to say, we believe that we can say it in a way that’s unique and we know, we absolutely know, that people will care about it once it is done. And the cost of that kind of faith, whether measured in credit card balances or our personal lives, has never been small. But as the unspoken corollary of The Times piece suggests, those costs may increasingly go up for filmmakers.

It’s what’s happening at the next level down in the industry that matters more to us. And the stories we hear trickling back through the grapevine don’t seem particularly encouraging: woefully small advances from established companies, smaller and smaller amounts being put towards advertising and marketing. At a time when the big players, no matter what they say, seem to be operating with at least a couple of small glances over their shoulders — furtive peeks at “what happened to the music business” or tightened breaths at the mention of the digital bogeyman ‚ it seems that timidity has crept into all levels of the establishment. People just seem a little unsure right now.

I think I understand what’s happening when I see more and more people with traditional distribution experience on their resumes hand me their business cards having reinvented themselves as as indie-film consultants, as DIY specialists. I get it when I hear the initials repeated more and more like some kind of post-DV-modern mantra. It’s like those earliest whispers about the internet — there’s this hot new thing massing out there, and if we can just get a hold of it quick enough, jump on board in the right way, find someone to explain it to us, it just may be the answer to the industry’s sense of temporary impermanence, the thing that is going to save us all from oblivion.

The truth is, of course, that for us filmmakers, there is nothing particularly “new” about DIY. There has been a slow creep towards DIY for a long time now: we now make websites, we make trailers, we design and make posters, all in the hope that an established distributor will notice. We have already done at least the first pass on work that a distributor would have traditionally done. And yet, even in those statistically rare cases where a traditional distributor does buy the film, it hasn’t raised the purchase prices. We already are doing DIY stuff without any of the benefits.

For more and more of us then, having already taken the lion’s share of the risk during production and now doing the basic distribution groundwork anyhow, taking that step towards full DIY begins to look exactly like a logical step forward and not some crazy blind leap off a cliff. Yes, we have reached a potential tipping point between traditional distribution and the DIY models, and that’s not necessarily a bad thing.

For too long (from my vantage point at least), getting traditional “distribution” has been the metric by which too much of our business AND our art has been measured. Whether it’s critics who won’t pay attention to a film unless a name-brand distributor is attached (thus getting week-long runs) or film festivals who measure their importance by the number of acquisitions that happen at their festival, consciously or unconsciously, too many places have positioned themselves as feeder circuits for relatively narrowly-defined commercial success. Making traditional distribution the yardstick across so many levels of the food chain has really limited the kinds of films that get through each successive gate. At least from my vantage point, I think it has encouraged programming, writing about, and even making versions of films that we have increasingly already seen before.

A model where chasing traditional distribution is the gold standard makes it harder for all of us to take the risks necessary to make films that are different either in content (God help a politically conservative documentary get seen even on the festival circuit these days) or in form.

So what if there is less traditional distribution to chase?

Even with all the recent attention given to DIY, it’s still a path that will cause even the bravest of us some level of self-doubt. I measure my progress like some sort of Neanderthal ground fight. Both glacially slow and brutally rough, but you keep moving, hoping that critical moment in evolution is just around the corner. Ultimately, I think it is worth it, as too many of us have allowed the unspoken mandates of current traditional distribution to become a poor trade for artistic stagnation. 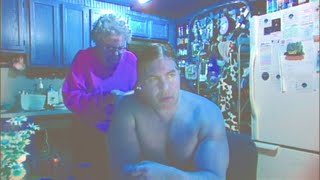 There will be a lot of talk in pages like these about what tools we should use to Do It Yourself. I can imagine it becoming a debate that plays itself out over the next couple of years within varying camps — the DIYdays crowd vs. the folks who have enough capital to do a service deal and buy themselves a more traditional distribution approach. But whatever the mechanics end up being, that in itself is not really the most exciting part. It is like getting caught up in the details of a new computer plug-in. It’s fun, it’s exciting, but ultimately they are just tools. The real revolution is not which tools we use — it’s what we do with them.

As I go down this DIY path, there have been a lot of times recently when a moment from my days as college DJ have come flashing back into my head. At the time I did a country music radio show, and I remember once probing Willie Nelson and Waylon Jennings about the origins of their ’70s Outlaw revolution against Nashville’s traditional infrastructure. “Well, you see,” Waylon began in his slow, deep drawl, “it was that age-old conflict between management and labor,” pausing to let the David vs. Goliath simplicity of the struggle sink in. “So we decided to become both.”

Then of course Willie piped in — “Yeah, we really screwed up.”

Sometimes total A-to-Z control is the last thing we really need as artists of course. We fight to knock down every wall we see and then wake up the next morning and don’t recognize the rubble-strewn landscape in front of us. “Man, what the heck do we do now?” we ask. Have we just added 10 more things to our to-do lists?

Perhaps. But that doesn’t necessarily mean we’re making a mistake by doing it. For as in Waylon and Willie’s case, or in the case of so many other business and creative revolutions, whatever trail that gets cut on the business side can quickly become over-grown again. The industry is very good at seizing on tools that seem to work and making them their own. What has the potential to remain unique and long lasting is the artistic work that comes from these tools.

Of course, this is not a battle between management and labor. Everything from the studio collapse of the 1970s to last decade’s DV revolution has e already changed the politics of factory floor production. This one is about post production. It is about the conveyer belt at the very end of the line — the one that can only handle certain size boxes, the one that can only move at a limited number of speeds, the one that can connect only to certain size trucks to take the product to the customers. So either off-sized boxes pile up at the loading dock, or we don’t make them at all, or we start building methods to get them into trucks, no matter what size.

So what does this mean for us as filmmakers? We can increasingly become our own distributors, or perhaps soon even viable mini-exhibitors streaming our films from our own websites. We can tailor distribution models to individually fit our films rather than the other way around. We can Twitter and friend our way to brand-name recognition, but at the end of the day… we still want to be filmmakers first. DIY can’t become just an excuse to have filmmakers do more of the work. If we take the risk, we should not only reap the financial rewards for that, but we should do it in a way that allows for the filmmakers that follow to be in a better position creatively.

That means we might collectively have to do more work now. Too many non-profit art houses — the kind of places that should be most likely to take artistic risks — have retreated to becoming essentially second-run houses for more established distributors. Rather than building loyal local audiences, they worry about what happens in New York or LA. We will have to hold their hands. We will have to reassure them that there is a community of filmmakers that will support films without the shrinking advertising dollars of a brand-name distributor. We have to help build stronger local exhibition scenes. We will have to work harder to get the mainstream press to pay attention to our films, whether they play a week or a night. And we should do better at promoting each other’s work.

It won’t be long before the industry becomes calcified again around whatever develops from this, but at least for the moment, I think we as filmmakers have the kind of chance that comes along only every once in a while. It is a chance to remake not only how we get paid or what tools we use to get our films seen, but really the kind of films that the public sees. That ultimately is the most exciting part of this whole thing.

The conveyer belt at the very end of the line has been causing us to re-size and shape our films for too long. By building our conveyer belts, our own networks, it seems we have a chance to re-shape not only our financial future, but also, if we play our cards well, a new creative future as well.

In a lot of ways, the choice is ours. As we do DIY, we can choose to make the same kinds of films we have always been making and get them seen. We can simply replicate what the established distributors are doing anyhow. But we can also use this moment to push ourselves to make new kinds of films and get them seen. That is what I hope we choose to do.