by Scott Macaulay
in Distribution, Filmmaking
on Aug 6, 2012 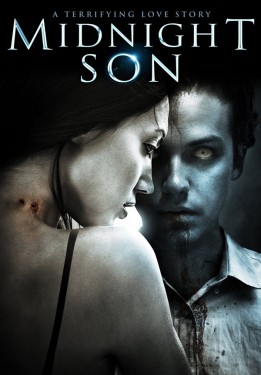 Producer Matt Compton says he knew the feature he produced — a “thinking man’s horror film,” Midnight Son, directed by Scott Leberecht — would eventually be pirated. “I always knew the film would end up on the torrent sites,” he writes in an email, “and that there would be nothing I could do about it. If the major studios can’t stop piracy, surely an indie producer such as myself can do nothing.” But he wasn’t prepared for his film to show up three weeks before the film was commercially available, when whatever word-of-mouth to be gained by the filesharing couldn’t lead to sales. So, Compton decided to confront the pirates. I asked Compton a few questions about his experience in the high seas of filesharing.

Filmmaker: How do you think your film wound up on The Pirate Bay?

Compton: As best as I can tell, one of the DVD screeners that our distributor sent out for review got “ripped” and then uploaded. So, it was very disappointing that people were able to download the movie for free when it wasn’t also available for them to pay for. We have no way to tell how many people decided to download it for free because they couldn’t find it legitamitely.

Filmmaker: And what did you do when you found out that your film had been torrented?

Compton: When that moment arrived, I decided to reach out directly to those that were downloading the film. I posted a comment on The Pirate Bay, which I understand to be one of the most popular torrent sites. I asked people to please consider buying the DVD when it came out, or donate to us via PayPal. I chose not to be negative in any way, and not say anything accusatory towards the folks doing the downloading.

Filmmaker: And what happened next?

Compton: While a couple of the comments I received back were not friendly, most people were very supportive, and even chastised those who wrote negative comments. A few people have donated to us via PayPal, and some others have emailed me saying they were going to purchase the DVD. One person even send me his receipt from Amazon proving he had pre-ordered it! I find it a strange dichotomy that those who would willingly download my film for free (illegally) would defend me when I ask them to pay for it. Not only did they defend me, but they applauded me for coming onto the site and talking to them directly.

Filmmaker: What do you think the direct impact of the filesharing was on you in terms of dollars and cents?

Compton: It’s hard to say for sure, but based on the number of “seeders” and “leechers” I’ve seen on the various BitTorrent sites (The Pirate Bay, Demonoid, etc.), I’d guess that the film has been downloaded by 20,000 people worldwide. If each person paid an average of $5 to watch the film, that would total $100,000. Based on our very small budget, that amount would be absolutely huge for us. It would go a very long way to helping us make our money back.

Filmmaker: What was your communication strategy when you reached out on The Pirate Bay?

Compton: I tried to explain that there is a human being on the other side of the equation; someone who’s struggling to just break even on the film. I decided not to pass judgment, and not come across as angry. I just wanted to ask them to consider supporting us. As I pointed out in my post, the film was financed by ourselves, friends, and family, and it’s really difficult these days for independent filmmakers to make their money back. If we aren’t able to do that on this film, it’s going to be very tough for us to make another one.

Filmmaker: What surprised you about the responses you got?

Compton: I can’t say that I had any particular expectations in terms of the response I’d receive. I had never spent much time on any of the BitTorrent sites. Still, I was surprised at all of the comments of support that were posted. I guess I expected the people who were downloading my movie for free to not care at all about the struggle of the independent filmmaker. But, to my surprise, several people did. Some commended me for coming onto the site and starting a dialog. Others chastised those that left rude comments towards me. And while we didn’t receive a huge amount of donations, we did get a small amount, and that definitely showed me that some people out there who use BitTorrent to download movies do understand that filmmakers need to be paid for the work, or else they won’t be able to continue to make films.

Compton: The film has now been released, and is available on DVD, VOD, and many of the Digital Download platforms (iTunes, Vudu, Amazon Instant Video, CinemaNow, Playstation Store, Xbox Marketplace, and YouTube). ‘m hopeful that people who haven’t seen it yet will choose to pay for it.