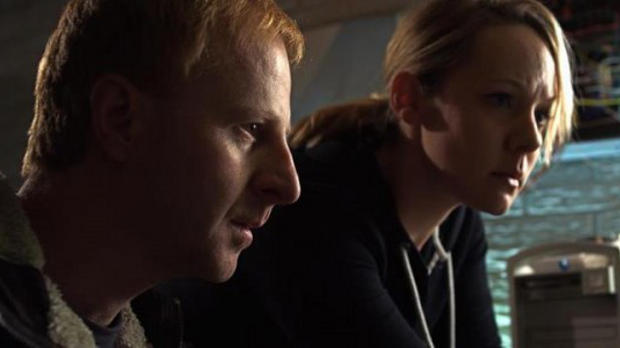 by Billy Brennan
in Directors, Filmmaking, Interviews
on Sep 14, 2012

Start out with a seed of Back to the Future and end up with the atmospheric uneasiness of Memento or Pi. Perhaps it’s not a trajectory that one would normally project, but Easton’s Article fits the bill. Sub the Internet in for the Delorean and information rather than Marty McFly as the passenger, and you begin to pick up the path left by writer/director/producer Tim Connery. He states, “Think if you received an email from a ‘future you’. You could alter a lot of things by just reading one sentence. And in 1997 websites weren’t slick and efficient; the web was still weird and buggy and kind of this new frontier. It made sense to set a ‘sci-fi’ internet story within that framework.” The movie uses tight control of pacing and character development rather than CGI and spectacle to harness the inherent drama of time traveling. Easton’s Article is never satisfied to let the audience rest easy and invites us to not only dig through its layers of plot and interrelationship but to look into ourselves and examine how we would handle such situations.

Filmmaker talked to Connery about getting the project off the ground as well as how themes such as choice and regret run through each of our lives. 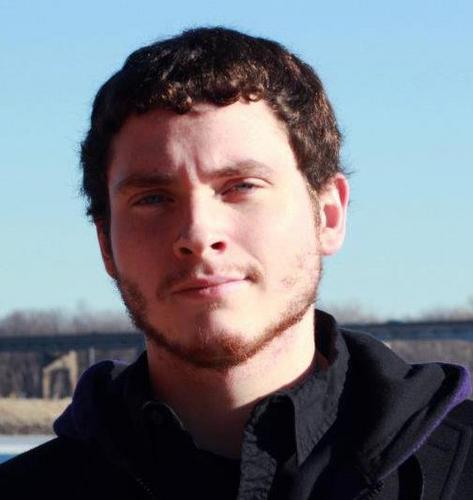 Filmmaker:  How did the idea for Easton’s Article originate and how did you get started on the project?

Connery: The project honestly started from the love of time travel as a conflict in literature and film. I’ve always been fascinated with those kinds of stories whether it’s the indie film Timecrimes (Los Cronocrímenes), Stephen King’s 11/22/63 or something much more obvious like Back to the Future. Some people think I am cheapening our story by citing Back to the Future as inspiration, but it’s the truth.  Tonally, most people just see it as that fun ‘80’s trilogy, but it’s the first story that got me thinking about time travel and the implications as a kid. I knew I always wanted to tell my own version of the classic “preventing a bad future” predicament.

Filmmaker: The film relied heavily on a supporting community and crowd-funding via Kickstarter. What advice would you give to other indie filmmakers on getting their projects made?

Connery: Even though we were successful, I still think it’s very difficult to fund a feature length project via crowd-funding. You really only have a slim chance of making it happen without a hook like a known actor or proven tracker record. I think we only succeeded because we really had to. In one of our first production meetings, someone asked me, “What if you don’t reach your goal?” And I just kind of looked at them and said, “What do you mean?”

I had moved back to my hometown of Dubuque, Iowa, from Chicago with co-producer JEB Metzger. We were both living out of my parents’ basement and if we failed we were screwed. We had a script, a few short films under our belt, and our pitch. That was it. We didn’t even come close to our goal until we started to hit the pavement and talk to people in our community face-to-face. It was very clear to us early on that plugging our Kickstarter every 5 minutes on our social media sites wasn’t going to help us at all. And let’s be honest, it’s much harder for people to turn you down in person. I’ve seen so many Kickstarter projects just live and die on someone’s Facebook wall. So my advice is you have to give your project a face and you have to prove to people in person that what you are trying to do lives beyond the computer screen.

Listen, it’s very difficult to be a writer, producer, and director. I wouldn’t wish that upon my worst enemy! I’m a storyteller not a businessman. So cutting checks and having my mind constantly thinking about money definitely put some extra weight on the production and my relationship with crew members. But when you are making something on a micro-budget like this, it really doesn’t make sense to have a lot of chefs in the kitchen. Also juggling these three roles made me appreciate each one more. Hopefully the experiences I had on Easton’s will inform my future collaborations with people who share these roles.

Filmmaker: Though advertised as a time travel sci-fi/thriller, the movie feels much more like a slow burning drama/mystery. How do you like to use genre conventions as tools to tell stories?

Connery: It’s definitely been a challenge to market the film. Do we sell our sci-fi premise or do we sell the performances from our actors? It’s a line we’ve been tiptoeing, probably to our detriment. When people see the words “sci-fi/thriller,” I think they immediately think action/effects. We have zero CGI and our focus is the characters and their relationships. Does it still have sci-fi elements? Yes. But I am less concerned about selling that stuff to the audience. It’s easy to put someone’s life on the line in a story, but it’s incredibly hard to make the audience root for that life. That’s what we tried to do by slowly building our characters. As far as genre conventions, it’s always great to see a genre twisted into something completely different. Think something like District 9 or Monster. Take everything an audience expects and give them something fresh.

Filmmaker: Themes such as regret, mistakes, and fate all hang very heavily throughout. Why were these types of emotion your focus? And how was it important to keep Easton as more of an ambiguous character rather than a “safe haven” for audiences?

Connery: It seemed fitting in a time travel story to tackle these themes. We all have that big event in our lives that make us who we are today. All of us have analyzed that event to death and know exactly what we’d do differently if given the opportunity. For Easton, that event was the death of his friend.

And Easton isn’t an angel. He’s been in a self-imposed exile for a reason.  The truth about what happened in his past is said on screen, but I would encourage and audience to dig deeper into that. When Easton ultimately confesses, there’s still a question in the air, and I’m not sure if Easton even knows the answer anymore. You reach a point in the film where he could go at any minute, so there’s kind of an unnerving crawl of suspense to that. It’s kind of ambiguous as to whether or not this is a guy who is just cracking under immense pressure or is kind of loose cannon in private. I wanted people to constantly question the type of character Easton is because really we are connecting with Easton as Hayley is reconnecting with him. I wanted the audience to share the doubts she would have had about this guy and the circumstances surrounding his return.

Filmmaker: The film ends on a very fatalistic note. Why did you choose to end it that way?

Connery: Without spoiling, it’s fate vs. free will. Control vs. chaos. Easton tried his whole life to regain a sense of control that he lost when his friend died. Control who can find him, control the Internet, control when he lives and dies. The ending is a reminder of why our protagonist got into the situation to begin with. Hayley says, “You can’t control life much like you can’t control a rising river,” and that’s the point. Sometimes things happen, and you have to deal with them and move on. Hayley’s choice to accept what has happened in the very end is the most important of all. She makes the choice Easton could never make.