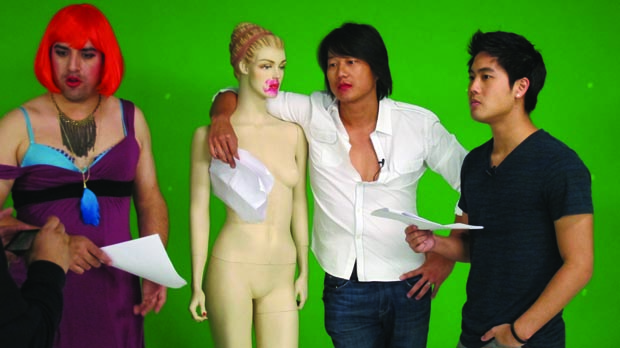 by Karin Chien
in Distribution, Issues, Line Items
on Nov 1, 2012

There’s something we should have learned in the last five years, which is the most important lesson we can carry into the next 20 years: ignore audience at your own peril.

For a while now, indie film’s m.o. has been, “Build it and they will come.” Well, audiences have stopped coming. A few years ago, if you asked a young indie filmmaker who his or her audience was, you heard “everyone.” Nowadays, ask an indie filmmaker about audience and most likely you get “I don’t know,” or perhaps just panicked silence. But we keep making thousands of indie films a year, having conceded budget as a hedge against diminishing streams of revenue.

As an Asian-American producer, I’ve had a front-row seat to this seismic shift hitting our industry. In the late ’90s, there were three Asian-American indie features made a year. Now there are 20 to 30, nearly all of which do not get distribution. Some celebrate this as progress, yet the real story has been happening elsewhere, on YouTube, where the top stars and highest earners are, incredibly, Asian-American.

How did the top five Asian Americans on YouTube amass more than 3 billion views, while indie filmmakers learned to settle for a few thousand? To confront this question, with the help of my collaborators Chi-hui Yang and Gary Chou, we’re gathering creators from across the industry in an ongoing summit called Present/Future. Here’s what I’ve learned so far. Five years ago, when industry gatekeepers put up the usual barriers, instead of appeasing the gatekeepers, young Asian-American creators went online and posted homemade videos on the then newly created YouTube. When they realized people other than their friends were watching, they made more videos that people liked. Now, five years later, they’ve cultivated a global audience large enough to pay their rent, finance their work, recoup their operating costs, generate sold-out international tours and attract serious Hollywood attention. Recently, when asked what she would do to capture the 5 million subscribers YouTube’s number two star Ryan Higa has, a network TV exec said, “I would kill each and every one of my staff if I had to.” Audience is the new power.

And what comes from audience is sustainability: financial, emotional, creative sustainability. Without it, indie film is in more danger of becoming a game for the privileged, winnable, only by the top 1 percent. How many writers, directors, actors or producers do you know who make a living from making independent films?

I’m not advocating for indie filmmakers to become YouTube stars. What I hope is that our industry will learn from the current cultural moment, the present/future if you will, and begin investing in audience as much as we invest in content. Imagine if we had the same amount of labs, initiatives, youth programs and grants dedicated to growing audience as we do for developing story and financing films. The present/future of indie film depends on innovating content and distribution and prioritizing audience. Kickstarter, a huge step in this direction, shows clearly how audience engagement also drives content innovation.

And thinking about audience necessarily means engaging globally. There’s no law that says American indie films can only be watched by a small group of American cinephiles. Creators don’t stop at American borders when chasing a story to tell, so why don’t we think about audience in the same sky’s-the-limit way? In China, storytelling is not allowed to be boundless, and truly independent films cannot be distributed legally. So, to tell the stories they want to tell, Chinese filmmakers must think about audience beyond Chinese borders. They’ve found an international audience to support their work, and that enables them to fight hard-won battles to show their films for free in China. These may be two very disparate realities, but Asian-American YouTube stars and Chinese indie filmmakers have this common: they prioritize audience above all else, and they know that the value of engaging with their core audience is priceless.

Audience, simply put, is the new independence. For purposes of sustainability of our makers and our industry, as well as the innovation of content and distribution, we must start investing time, money and resources in developing audience. For what good is a well-developed story if it falls in a theater and no one is there to see it?