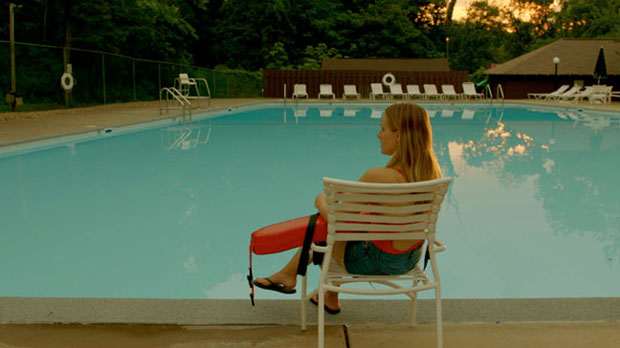 In order to make The Lifeguard this summer, I had to sacrifice time with my son, nine months old when we began prep in Pittsburgh. He moved with us – me, my husband (a producer on the film) and his babysitter from LA, and we set up camp at a residence hotel. There were days when we barely saw him, because we shot all night and slept into the afternoon, only to leave again just as he was having his evening bath. What time we had together was spent in this place that was not at all home. He practiced crawling in the hallway as people wheeled suitcases past. He fell in love with buttons because of the elevator. He learned to pull himself up on a hotel coffee table. We taught him to wave at the housekeepers. His first birthday was during the shoot, and I worked all day. I longed for him, but I didn’t feel guilty. Because when he’s old enough he’ll hear about his mother stepped into typically male territory in directing her first film. And how his father made his mother’s dream come true by producing her film. I want him to work hard, be brave, take risks, and love women who do the same, and love men who love that about them.