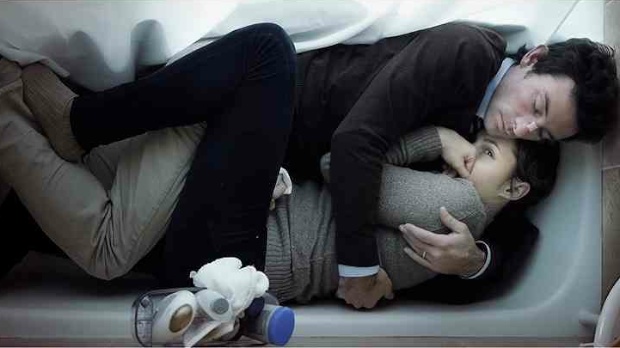 by Tom Hall
in Distribution, Festivals & Events, Filmmaking
on Jan 17, 2013

This past Monday night, as temperatures dipped well below zero, film curators and programmers from America’s art house cinemas gathered in a screening room in Midway, Utah, for a unique screening opportunity at the annual Art House Convergence. Shane Carruth, the Sundance award winning director of Primer, brought his new film, the highly anticipated Upstream Color, to the conference to show the film directly to art house cinema programmers a full week before the film’s World Premiere at the Sundance Film Festival. And while writers (like I) have been asked to embargo our thoughts on the film itself until the World Premiere happens next Monday afternoon, Carruth’s decision to screen the film at the Convergence deserves examination in light of not only the film’s pedigree, but the filmmaker’s strategy for distributing and marketing the film himself.

Joseph Beyer, Director of Digital Initiatives for The Sundance Institute’s Artist Services program, told me that “Shane approached Artist Services this past summer about helping him put together the re-release of Primer.“ During their work on getting Primer back in front of audiences (the film had gone out of print and is now available again through traditional digital consumer platforms via Sundance Artist Services), Shane had already made the decision about releasing Upstream Color himself. “There is no filmmaker we’ve worked with who knows more detail about distributing and marketing their own work,” Beyer said. “Shane studied every detail of his strategy, from his teaser trailer roll out, premiering his digital stills online, to booking the film and releasing the film’s booking dates online in conjunction with his full trailer release. He paid close attention not only to the release of Primer, but to the distribution landscape as it has changed.” Indeed, if you visit Upstream Color’s website, you will find that Carruth has precisely executed his marketing plan for the film.

As part of their discussion of the film’s World Premiere at The Sundance Film Festival, Beyer joined Michael Tuckman of mTuckman Media, one of Carruth’s distribution partners on Upstream Color, to begin the process of exploring the Art House Convergence as a possible venue for a screening. The Convergence, a four-day conference that brings art house cinemas from all over the country together to build community among theater owners and curators, is also a partner of the Sundance Institute. Tuckman has been a frequent visitor to the event and proposed that, since Upstream Color was headed to Sundance with no rights on the table, the Convergence offered a perfect opportunity to get the film seen by all of the art house programmers in the country in a single screening. After receiving the blessing of John Cooper and the Sundance Film Festival to move ahead with the screening, Tuckman and Beyer approached the Convergence about hosting a screening.

The Convergence, however, has some reservations about hosting screenings at the conference. Russ Collins, the Executive Director of The Michigan Theater in Ann Arbor, MI (under whose auspices the Art House Convergence is organized) worried that the conference, which is focused on mission driven, community-based art house cinemas, should not become a trade show for distributors and self-distributors to set up screenings and draw attendees away from the Convergence’s important professional programs. Instead, the Convergence, partnering with the Sundance Institute, literally put a few carefully curated titles in a hat and drew out the name of the film that would screen. Upstream Color it was. Couple that with a screening of Sony’s 4K restoration of 1970’s Investigation Of a Citizen Above Suspicion and you have the conference’s entire screening schedule. Upstream Color represents the first time a film has screened at the Convergence ahead of its World Premiere.

Tuckman and Beyer spoke to Carruth, who was eager to come to the Convergence and present the film in person, to meet the art house programmers and owners whose decisions and thoughts about his film would have a profound impact on his film’s ability to find an audience. The decision to screen and attend, from a purely strategic point of view, was a savvy partnership for Carruth, who was able to get his eyes in front of decision makers, for the Institute, who were able to present an opportunity of great relevance to both the filmmaker (Carruth) and their partner the Convergence, who gave their delegates a chance to discover a new film that could be of great relevance for their programming calendars.

Still, one can’t help but see how the Sundance Institute, with its talent development and Artist Services program, would want to develop Convergence as a vital platform for supporting both organization’s missions. And while the Convergence will rightly protect the organization’s core programs by not going too far in opening its doors to screenings and events, the screening of Upstream Color this past Monday night proved a brilliant move for all involved. What remains to be seen is how effective the screening will be in attracting bookings for the film, which opens April 5 in New York City, followed by a theatrical rollout throughout the U.S. and digital/VOD scheduled for May (as of this writing). According to Beyer, Carruth has promised to come back to the Institute and present a case study of Upstream Color’s unique strategy; it will be of great interest to see how the pieces all come together as, certainly, Carruth’s plan for success is as meticulous as it is ambitious.