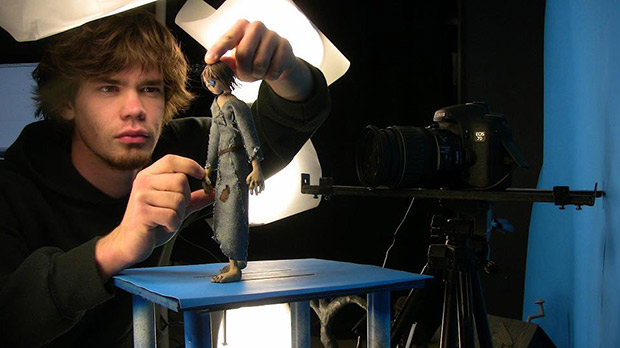 by Michael Murie
in Cinematographers, Directors, Filmmaking, Interviews
on Jan 31, 2013

At 20 years of age, Charlie Collier of Zapamation may be a young filmmaker, but he’s already got almost eight years of stop-motion experience behind him. A self-taught animator, he says he was able to get into this partly because of the flexibility he gained from being homeschooled; he was able to incorporate animation into the curriculum. When he finished high school he decided to try his luck as a full-time freelancer. He hopes to attend film school some time in the future when he has built up “a little bit of a portfolio.”

Collier has already created animations for clients in South Korea, a band in Slovenia, and for Boinx software (the makers of iStopMotion.) He adds, “I’m kind of doing this to see if it is really a career I want to do, or if it’s just kind of a fun thing to do.”

Collier recently talked to us about his process and the tools he uses. He’s also been blogging extensively on his website about his latest project, a music video for singer-songwriter Lincoln Durham.

Filmmaker: What is it about stop motion that attracted you?
Collier: I really like having the creativity to make something look like whatever I want. I like stop motion in particular because I like the idea of inanimate objects coming alive. You could recreate it with CGI, but there’s just something about using raw, physical objects to tell your story that I really enjoy.

Filmmaker: What were you using when you first started?
Collier: I started out with a Sony digital still camera and Apple iMovie. I’d make little Lego animations, taking the photos off the camera and putting them into iMovie. That’s how I found iStopMotion because I was thinking, “There’s got to be a better way to do this.” I came across iStopMotion and I was like, “W=ow, that’s pretty cool” and it seemed to do all the stuff that I wanted. Plus I’m a huge Mac geek and it’s for Macs so that was good. I’ve been using iStopMotion for about eight years. 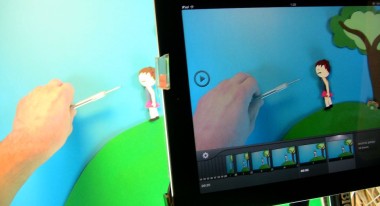 Filmmaker: What camera are you using now?
Collier: I’m using a Canon 7D as my main camera, and for editing I use Adobe After Effects and Premier Pro.

Filmmaker: What about lenses?
Collier: I mainly use the kit lens that came with the 7D, the 18-135mm zoom lens. I’m going to upgrade to a better zoom — the kit lens is alright, but it’s not great. I personally like using zoom lenses because you get multiple focal lengths and you don’t have to switch lenses for each shot.

Filmmaker: What kind of lens do you want to get?
Collier: I want all of them! The one I’m looking at now is a higher end 28 to 135mm. It’s basically the kit lens, but better put together, it’s metal, not plastic. I just want to upgrade what I have, because what I have seems to work really well.

Filmmaker: What f stop are you usually using?
Collier: It really depends on the shot I’m trying to get. For the project I’m working on now, I’m shooting a lot of it in front of a blue screen so I really don’t have to have a huge depth of field and I have good control over the lighting so I usually use a pretty low f-stop. But it all depends on the project I am working on and what I am going for. 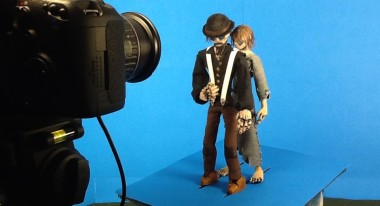 A behind-the-scenes shot of an upcoming music video

Filmmaker: What are you doing for lighting?
Collier: It’s pretty basic, just work lights from a hardware store. I use three-point lighting techniques but I try and either make or find most of my gear. I’m all about trying to get what you need without spending outrageous amounts of money on it.

Filmmaker: Do you have much trouble with variations in lighting from frame to frame?
Collier: That actually is an issue with flickering and that’s really all about the bulbs you use for the lighting. If you use tungsten light it has some flicker and wobble in the way the light spreads out from the light bulb. You don’t notice it with the naked eye but if you’re taking still frames you’re going to see the variations. Usually LED lights or CFL lights tend to have a much quicker wobble and reduce that flickering effect — you still can have that problem, but if you use LED lights it’s dramatically reduced.

Filmmaker: Are you fixing variations in After Effects?
Collier: You can fix it in After Effects. What I try and do is fix it right there. If I take a frame and I notice there’s a little bit of light difference I’ll just delete it and take the frame again. But sometimes there is the occasional flicker and in After Effects I’ll up the saturation on that one frame just to make it match.

Filmmaker: What’s your process for making an animation?
Collier: I write up a screenplay or a description of what I’m wanting, and then I storyboard it and go through and animate based on the storyboard.

If it’s a short I usually don’t storyboard that, I just come up with the concept and go for it. If it’s a longer story that I’m trying to tell, I’ll break it up into sections as far as, “This shot would be easier to film, or this shot has more props, so I’ll film that last.”

I try and get all the easy stuff out of the way and then work on the harder shots.

Filmmaker: For the music video for The Puppetz, who are in Slovenia, how did you work with them?
Collier: They let me have almost all the creative freedom. They pretty much said, “This is the concept we want, work within those guidelines.” I wrote up a draft of what I thought and sent it to them. They did some minor edits, but it was pretty much what I wrote up.

Filmmaker: When I first looked I thought Twist Ties were a great idea as it would be easy to animate them, but then I thought some more about it…
Collier: It’s very frustrating. I’d done a few other Twist Tie animations for experimental things and I’d only been working with one or two at a time so I could just put a piece of Scotch tape on one of the little feet and it would hold it up. But working with all the multiple band members and having the Twist Ties form together, it was so frustrating … and you don’t think of it but they’re so light that if you sneeze they’ll move slightly. It was a lot of taping stuff down and a lot of wire holding it up, it was a balancing act, it was really frustrating; I don’t know if I would do that again. 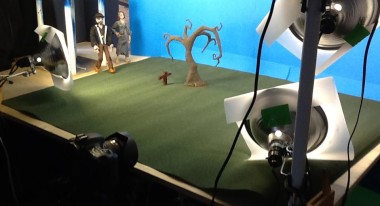 One of the sets from a test animation titled Memories

Filmmaker: What do you like about iStopMotion?
Collier: I like that it’s inexpensive because there are applications out there that do essentially the same thing that iStopMotion does that are three or four hundred dollars. The other thing is that it has a really large compatibility with equipment. I ran into that problem shopping around for animation software; a lot of them only worked with certain cameras, or they didn’t work on Macs. iStopMotion does a really good job of incorporating the whole range of Canon and Nikon cameras.

I also like the fact that it’s a really friendly layout, there’s really no learning you have to do. You go in and it is just simple, it gets the job done. It captures the frames, you set the frame rate, you set the resolution you want and it lets you control how you want it to look.

Filmmaker: What do you think the hardest thing to learn or master is?
Collier: Making stuff move fluidly is the main thing. People starting out, whether they’re doing a walk cycle or they want something to move, it’ll stop and start very abruptly. In real life things move fluidly, nothing stops or starts. If you move your hand or if you pick something up there is always this sense of motion behind it.

One of the hardest things is learning how to phase the movements in and out. Let’s say you have a character going to pick up a glass, as the character is reaching towards it you make the distance you move the hand smaller and smaller between each frame as he’s reaching the glass. When he actually grabs the glass, the glass is going to move slightly. It’s little details like that where the finished product looks realistic; it looks like there’s actual motion and things interacting with each other. That to me was the hardest part. 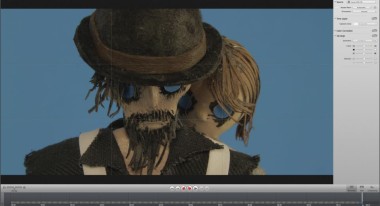 Filmmaker: Are there any books or references you’d recommend?
Collier: Any book on photography and lighting because stop motion is essentially photography. There’s a site, Stop Motion Magazine, which is really good.

Filmmaker: How has the business side of things been?
Collier: I think it’s gone really well. I really didn’t know how it would turn out when I started doing freelance stuff and so far I’m kind of surprised I’ve made it this long without having to get a 9 to 5.

Filmmaker: Any advice for someone interested in this?
Collier: I’ve had people approach me before and be like, “Oh how do you get into it?” You just have to do it. Watch tutorials online, take classes, you just have to start animating. You’re never going to reach a point where you’re ready to start animating. If you’re interested, you just start doing it. And keep doing it.