Gael García Bernal on the Oscar-Nominated No 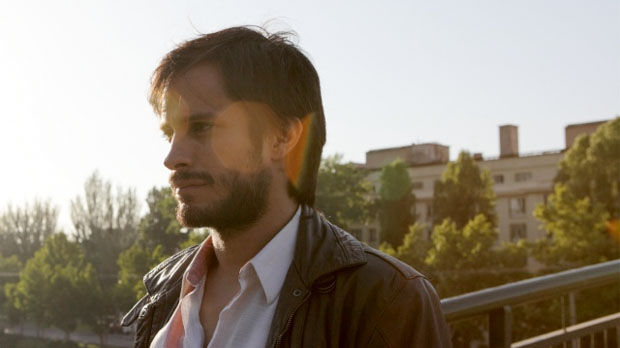 Gael Garcia Bernal in No

Ever since the start of the Aughts, when he broke through in memorable dramas like Amores Perros and Y Tu Mamá También, Gael García Bernal has grown to become one of the most compelling actors of his generation, an international star who attracts a great bevy of gifted filmmakers. He’s played muse to Pedro Almodóvar, starred as Che Guevara for Walter Salles, and explored the subconscious with Michel Gondry. In addition to developing his own projects (like The Invisibles, a recent immigration-themed collection of documentary shorts; Sundance 2013 success Who Is Dayani Cristal?, a doc he appears in and co-produced; and a number of films that team him up with longtime friend Diego Luna), Bernal can now be seen in Pablo Larraín’s No, a genuinely uplifting and visually novel historic account of the 1988 Chilean national plebiscite.

The narrative homes in on the landmark period’s underdog “No” campaign, which stood up against the “Yes” party to ensure an end to dictator Augusto Pinochet’s reign. Bernal plays René Saavedra, a modest ad man who bucks tradition and spearheads the “No” team with buoyant, wholly upbeat vote-baiting commercials. Using the immersive, unique approach of filming with U-Matic tape, thus blending his own footage with that of archival videos, Larraín achieves an unlikely beauty that may just be unmatched, and furthermore, his film combats cynicism without the slightest bit of sap. Serving as the film’s crucial center is Bernal, whose character moves through an evolution of his own, his inner arc mirroring the metamorphosis of a nation. The actor, who’s as impressive as ever in the now Oscar-nominated movie (it’s up against Amour for Best Foreign Language Film), chatted with Filmmaker about the appeal of nostalgia, the links between No and current global politics, and what we may be able to expect from him in the future.

Filmmaker: At this point in your career, you’ve had the privilege of working with some incredible filmmakers — Pedro Almodóvar, Alejandro González Inarítu, Alfonso Cuarón. How does Pablo Larraín compare to, or differ from, the other directors you’ve worked with?

Bernal: Fortunately, for all filmmakers, what makes them similar is exactly what makes them different, for me. They all have a very specific point of view, and a very personal point of view. And they defend that, and they play with that, and that what makes them different. Every one is different. They all are very intense, and they construct an atmosphere around the film, and you’re there to interpret that point of view. With Pablo, he’s a person who, I felt, we speak a similar cinematic language. [He’s a] very nice guy, very lovely, very fun. And he’s the youngest director I’ve ever worked with. I’ve been working with people that have been way older than me, and [here] I was working with someone who’s only a couple of years older than me. So that was interesting.

Filmmaker: Were you very familiar with Larraín’s work prior to being cast in No?

Bernal: Yes. I mean, I had seen Tony Manero, and when he approached me to play René [Saavedra] in No, he had just finished Post Mortem, so I am, of course, familiar with Post Mortem.

Filmmaker: No sees you play a man who’s not only instrumental in the end of a dictatorship, but essentially the embodiment of a whole nation’s political evolution. Did you feel a lot of responsibility taking on this role?

Bernal: Yeah, yeah, quite a lot. There was a responsibility, but, at the same time, we were working with many people [on location] who were part of the “No” campaign for real. And being around them, and playing with the character, and seeing that we could add this layer that could make the character an exile as well, sort of gave the character a complexity that allowed me to be able to feel free. What was very daunting was having to do a Chilean accent. That was definitely very complicated. It’s very different.

Filmmaker: One of the things that is, of course, very notable about this film is the aesthetic, and the visual choices that Pablo made. What was your reaction when you found out he’d be shooting on a U-Matic camera?

Bernal: Well, I was there when the decision was made, because it had a lot of steps. We were trying out different things, and then the U-Matic came along. And it just looked fantastic. You know, what was really interesting about this is, if we would had looked at the outcome, say 10 years, or even five years, ago, we would have said, “Oh, no. That looks horrible. No, that won’t work.” But now, we have more time behind us, and time has a way of fixing things. When we saw it for the first time, we were like, “Whoa, this looks so nostalgic nowadays.” It’s like what Super 8 would have been like for our parents. It was a great opportunity to work this way. It was excellent.

Filmmaker: Yeah, there’s a very unique and unexpected beauty to it as it unfolds.

Bernal: Yes. It was unexpected for us, too. Looking at the film, it’s like you open a door into the period, like you’re coming from outer space or something.

Filmmaker: And, of course, the film’s been nominated for an Academy Award for Best Foreign Language Film. Congratulations for that.

Filmmaker: Was that something that anyone was thinking about or talking about on set? Of course, you can never quite know what’s going to happen with these sort of things, but were awards discussed at all during production or release?

Bernal: No, no. Never. Especially given the type of film this is. Maybe if you’re working on something big, with certain actors or something, you might expect something like that to happen. But in the way this film was made, you never think about that. Ever.

Filmmaker: The film takes place in the 1980s, but, naturally, there’s a lot of contemporary relevance in terms of the overthrow of dictators and the rising up of oppressed people. Thirty years later, we’re still seeing similar scenarios unfold. What’s your take on all of that? Do you see progress? Or do you find it troubling that cultures are still facing similar hardships?

Bernal: I think we’ve come a long way. We’re reaching a point globally where, I think, we are in a kind of adolescence of democracy, you know? In some countries that have had a lot of experience with democracy, for example, democracy is very undervalued. It’s not about what ideas you have, it’s about how you sell those ideas. But in other countries that haven’t had experience with democracy, like some African countries recently, they’re experiencing that they have to construct everything from scratch, in a sense. They’re learning how democracy leads you to conduct yourself politically every single day. And that’s the true nature of democracy — it is conversation, it is the exchange of ideas, constant constructing of things from small to big, and eliminating a single discourse. It is, in many ways, a constant, day-to-day reinvention, and hopefully a respect for human rights. And it seems that everybody in the world, wherever we show this movie, people react by saying, “Oh, we’re going through those things,” or “We just lived that,” or “We’re right now in elections in my country,” or this or that happened. And it’s very much related to [what’s in] this movie. So that’s fantastic.

Filmmaker: Making the film, did you find that it influenced your own political beliefs?

Bernal: Oh, yes. I mean, I cannot measure how much. It shows a very introspective experience about democracy, so I think that’s something that was forcing us all to play around with what we think about democracy. So it changed me, yes. I’m not going to say for better or for worse, but, surely, [it made me] more open. And I think, for lack of a better word, more sophisticated. I mean, when I think about it, I think it was all for the better, but who knows?

Filmmaker: You also recently enjoyed critical success with The Loneliest Planet, from Julia Loktev, which is such a different film from No. Can you briefly describe what it was like going from a very stark and minimalistic couple’s tale to a nostalgic and stylistic historical piece?

Bernal: Sure. Well I really liked how The Loneliest Planet turned out, and I’m really glad to see that it has a really strong life. It was a great experience, filming that movie. And [the two films] are very different. Very different, indeed. The Loneliest Planet had three characters at the most, and No had, I don’t know, a million people demonstrating in the streets. So, that was a completely different thing, and [the latter is] a period piece, as it happened in the ’80s, in real life, in another language. So there are many things that set them apart.

Filmmaker: I wanted to ask about your partnership with Diego Luna, whom you’ve been working with for years, from Y Tu Mamá También to Canana, your joint company that recently gave us Casa de Mi Padre. What are the two of you planning to team up for next?

Bernal: Well, Diego is directing a lot, and I’m looking forward to seeing his films. And we are moving forward with our production company, but I’m also doing some other things, some additional projects. So, we haven’t really talked about what to work on next together, but hopefully some great director will come along and have a good idea.

Filmmaker: And word is you have a project called House of Stone in the works with Robert De Niro, and Martin Scorsese’s Silence with Daniel Day-Lewis. Can you divulge anything about those projects?

Bernal: Well, I’m hoping those projects will happen, but, at this point, I really have no clue if they will. I wish I could say more, but I don’t know where they stand right now.

Filmmaker: Well, hopefully we’ll see you at the Oscars.