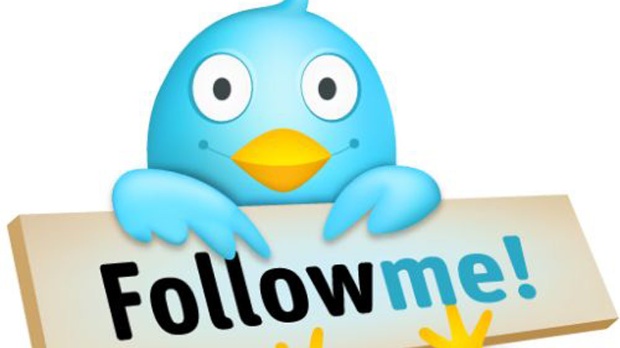 by Scott Macaulay
in Distribution, Filmmaking
on Feb 17, 2013

Since repetition in the form of rote memorization is a major element of education, I’m not going to apologize for this, one of my periodic rants on the ways in which filmmakers (and, sometimes, their publicists) fail in the promotion of their films online and through social media. I’m sure that over the years I’ve posted every one of these points before, as have other writers on our site, like Jon Reiss. But, based on my encounters with filmmakers, their films, and their websites these past few weeks, these are worth repeating.

Want to decrease press interest and the size of your audience? Then do these seven things.

1. Include, but fail to utilize, your social links. I wrote about a film recently that had been in production for several years and finally premiered at a festival. But when I decided to include the film’s Twitter handle, I noticed that the account didn’t have a single posting. If you don’t want to tweet, don’t, but if you do set up an account, make it active. Don’t give the impression you are too lazy to promote your film and don’t care about communicating with your viewers.

2. Let your blog or Facebook page lie dormant. Here’s a related one. I’ve checked out a few websites and Facebook pages recently for films I know are in post. There are blogs and timelines, yes, but no updates within the last year or even two. Did these films disappear? Has truly nothing happened?

Launching a blog or Facebook page is a double-edged sword. Once they are up, people expect updates, and wonder what’s going on when they’re not. However, a constant string of inconsequential updates can be detrimental too. It can look like a film is flailing. I have two pieces of advice here. The first is that you don’t always have to post about your film. You can update your fans and followers with posts about topics related to your film, or the work of your collaborators. You can maintain dialogue, maintain the impression that you are still alive, while not micro-announcing every festival rejection. My other piece of advice? If you’re not willing or able to keep posting, announce that you are taking a break. Inform your readers that the next time they’ll be hearing from you is when your film is ready to launch, and you’ll have a new, 2.0 version of the site. To my mind, that’s better than making your last post a 2010 folder of shots from your wrap party.

3. Don’t put press photos on your site. (Or, put them in slideshow galleries that can’t be copied.) Journalists will go to your site, and they will want a few basic things. A synopsis, list of upcoming screenings, bios of key participants, perhaps a trailer. But definitely photos. You’d be surprised, but many independent film sites fail to provide press photos. Or, more infuriatingly, photos are included in some kind of slideshow gallery that’s difficult to copy from. Even if it’s just one or two photos from the film, and a shot of the director, have shots ready on your site. It’s increasingly important now that many sites, including this one, have specific requirements for featured images to facilitate home-page placement.

4. Cut a bad trailer, post it online — and then don’t accept feedback. Trailer cutting is really hard. I know that as a producer. The best trailers I’ve had for my own films are the ones where we let go a bit and allowed a professional with a fresh perspective to give it a shot. Trailer cutters aren’t cheap, though, so I don’t expect everyone to be able to afford one. If you can’t afford a good trailer cutter, at least educate yourself on trailer editing — this article by Stephen Garrett is a great start — and, most importantly, accept feedback. Test your trailer the same way you’d test a film. Show it to people and ask them for their honest response. What’s the impression created by the trailer? Does it make people want to see the film? Demand candor, and show it to people outside of your immediate friends and family. And if you’re not confident with your trailer, then don’t post it. A bad trailer is worse than no trailer at all. (As you can tell, I’ve seen some dreadful trailers recently.)

5. Be negative. A friend sent me this week Guy Kawasaki’s “10 Social Media Tips for Authors,” and one really lept out:

Say Positive or Stay Silent. Even if the topic is an issue that perturbs the core of your soul such as gun control, women’s rights, or ObamaCare, don’t show anger. On a practical level, if you only want to sell books to people who agree with your sensibilities, you should prepare for a life of poverty. If people attack you, ignore them. If they attack you twice, block them from seeing your posts. And don’t look back.

A social media voice should primarily be a positive one, I believe. I don’t mean that you can’t be critical, or express disapproval. But that shouldn’t be all that you do. If it is, you come off as a crank and complainer. Restrain your Twitter trigger finger so you’re not drawn into counterproductive back-and-forths with trollish followers. And find stuff you generally like and are enthusiastic about to post. Venture into negativity sparingly — as I’ve done with this post.

6. Fail to create a social media policy for cast and crew. This is a delicate one. It’s a free country, and people can say what they want. I’m not a big fan of drafting NDAs at the drop of a hat. Still, a film set is a closed workplace, and a production office is the hub for private communication. During production, try to find a middle ground between being a censorious control freak and an oblivious Luddite to the social media postings of cast and crew. Encourage them to be respectful of their colleagues and their processes by not leaking private information and production news on their personal social feeds. Casually leaked info can complicate deal closings, create negative impressions, or simply cause you to lose control of the narrative of your film.

7. Take your followers for granted. If you do venture into the realm of social media marketing, understand that your relationship with your followers goes both ways. That means you need to respond to their questions and acknowledge their feedback, even if it’s just in the form of a “like” or a “favorite.” In the current issue of Filmmaker, directors Lisanne Pajot and James Swirsky discuss the self-distribution success of their film, Indie Game. Over the course of two successful Kickstarter campaigns and lot of blog postings, they responded to every comment. Every one. And when their film hit iTunes, Steam and other platforms, those followers responded by buying or renting.