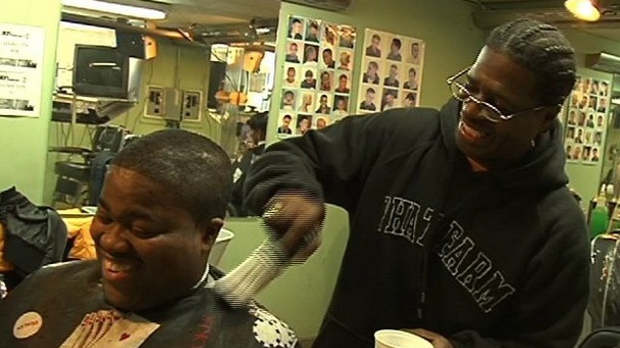 by Nick Dawson
in Distribution, Filmmaking
on Mar 6, 2013

Over at the IFP website, Filmmaker‘s Associate Editor Dan Schoenbrun has a comprehensive case study of Kelly Anderson’s My Brooklyn. The doc has had unprecedented success at the reRun Theater, selling out countless shows and bringing highly engaged audiences to the theater to both watch the film and discuss the issues it tackles surrounding local gentrification.

I think that it gets at this deep question of – why do you make films? Maybe that’s what people need to do – sit back and think about why they made the film that they made. Do you just want people to come into a theater and look at it and go home, or do you want people to talk about it afterwards? If you think people are going to want to talk about your film, then I think, yes, this model can work. What you want is for someone to leave and go tell someone else to go see it, so why not start the discussion right there.

If you have a film that you think has value for people – whether it’s political or not – then this model can help. But you have to think very specifically about the types of people that your film might speak to, and then you need to think about how to find those people. So if your film’s about music, you find people who are really into thinking and talking about music, right? And then you find those organizations and places that can reach those people, and you get them involved.

IFP: I also think that it goes to the question of, why a theatrical at all? What’s the point of putting your film on a screen and asking people to come out and see it when they can stream it at home on their couch for five dollars. Turning each night into an event, or at least a conversation, it lets people participate in the experience rather than just view passively.

And discussing the film’s unconventional route to success:

IFP: Has this whole experience changed the way that you’re thinking about the filmmaking process and how you’ll approach your next project?

Anderson: I guess in a certain way I’ve realized that it’s okay if your film doesn’t get sanctioned in the traditional sense. This film is not on POV, it didn’t get money from Sundance, it didn’t go to Sundance Film Festival or SXSW, and it’s not going to be on Independent Lens. I guess what I’ve realized is that despite all of that, the film is kicking ass. And I think it’s really important to realize that your film can do really well, even if it’s not one of that small handful of films that gets a huge spotlight shown on it. And I think that’s really encouraging. I know friends of mine who are filmmakers who are encouraged by what’s happening with this film. Because it used to be easier, you know? A lot of my friends have been making films for twenty years, thirty years, even longer. And it’s hard – it’s very hard now. It used to be easier to make a film and get it shown. I think that what I’m learning with My Brooklyn is, yeah – do I wish it was going to be on POV? Of course. But that doesn’t mean that it’s not a tremendous success in its own way. And I think it’s really important to not peg everything to those few names, you know?