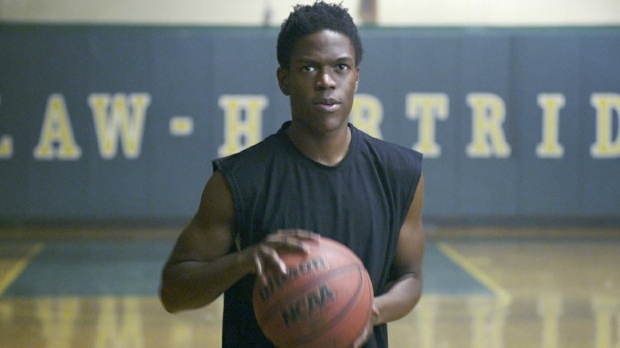 by Scott Macaulay
in Filmmaking, Financing, Production
on Apr 17, 2013

In the Fall of 2011, filmmaker Ryan Koo — featured along with then-partner Zachary Lieberman on our 2008 “25 New Faces” — announced his debut feature, Man-child. Embarking on an ambitious Kickstarter campaign, Koo leveraged not only the community he had been building via his excellent website, No Film School, but also his project’s selection for the IFP and Film Society of Lincoln Center’s Emerging Visions program. The campaign was a success, raising $125,100, and, as he’s moved his story of youth basketball forward, Koo has been, essentially, open-sourcing his progress, giving advice on not only social-media fundraising but screenplay development, finding a producer, and seeking financing.

You can only be as transparent as Koo has been if you check your ego at the door, and the filmmaker has been candid about Man-child‘s lengthening production timeline. Following the Kickstarter campaign Koo went to work assimilating feedback and rewriting his script. And now, 18 months after the campaign, he is further demonstrating his directorial skills by making and releasing a short film, Amateur, set in the same world as his feature. (Koo notes that no Kickstarter funds were used in the making of the short.)

It’s a high-stakes move. While there are many great short films that have motivated financiers and led to strong first features —- Five Feet High and Rising, Gowanus, Brooklyn and Short Term 12 all come to mind — these shorts were festival hits made prior to the development of the feature scripts. With Amateur, Koo takes a big risk by working in the opposite direction. By releasing online, Koo is forgoing the possibility of the kind of festival awards that boost the prospects of the director’s next feature. And by being so public about the short and its place in Man-child‘s funding campaign, Koo sets a high bar for himself. What if the film isn’t successful? Won’t that make Man-child even more difficult to produce?

Fortunately, these worries turn out to be purely theoretical ones as Amateur, which Koo debuted yesterday at its own site (and which I’ve embedded below), is a sharply acted, skillfully directed drama with an extremely clever final twist. With strong production values, Amateur introduces us to a hustling basketball recruiter who, in a darkly lit gym, plies his trade on a naive high-school player. What does the player need in his life? What does his family need? What can he do to steer the player towards a school that will make these problems go away? How Koo plays all this out will bring a smile to your face while also interesting you in what the recruiter will do next… and that’s the story of Man-child.

Below, I talk to Koo about his decision to make this short, its production and his feature’s post-Kickstarter ticking clock.

Filmmaker: When did you first come up with the idea for this short — both the idea of doing a short in the first place, and then the specific story?

Koo: I had the idea and I wrote it in December. At that point I felt I had done everything possible to get the feature off the ground, and there was one thing I was lacking: my director’s reel was dated, mostly because i spent so long building up No Film School. So, I felt if I did a piece in the same genre with the same tone and in the same world, that would be checking off the last box to get [the feature made] made. Once I had the idea for making the short about an older kid who is more worldly, that was the hook. That’s what could drive the reveal and the narrative. I only did two drafts of the script.

Filmmaker: But it seems like a high-stakes strategy, being so public about the production of the short and its goal of advancing the feature. Were you ever worried that the short wouldn’t be strong enough and that people would then be less interested in the feature?

Koo: I felt the short had to have a turn, a reward. That’s what I got in there in the second draft, and that’s what I knew would make the short rewarding. Once that was in there, I felt good about it. Quite frankly, after having worked on the feature script for two years, I felt I was a better screenwriter when I wrote this short than when I started writing the feature. I have researched this world for two years, and the difference [in my abilities] felt palpable.

Filmmaker: You say your director’s reel was lacking. Was that criticism you heard from other folks, like producers or financiers, as you were shopping the feature?

Koo: That was all coming from me — reading between the lines after a year and half of meetings and wondering why I wasn’t able to get this made. I feel it has a definite target market, I have a good grasp of the material, and I’m the right person to make this movie. It can be hard on an indie film if you don’t have a rich relative, so for me, the short was the next step. [It reminds people], just because you don’t have something new out there, doesn’t mean you are not getting better at your craft.

Filmmaker: Did you always intend the short to have this level of production value?

Koo: When I had the idea for the short, I envisioned it a much smaller production — quick and dirty, shoot it myself. But I had been talking to [producer] Chip Hourihan about being involved in the feature, so I shot him the draft. I then met with the d.p., Greg Wilson. Once the three of us were on board and we could call in a number of favors and have a much higher production value — there would be no making excuses. And we were able to do our post at Goldcrest. That’s sort of how it developed into being the largest production I’ve worked on.

Filmmaker: When you say this was the largest production you’ve been involved with, what did that expansion involve?

Koo: Everything I’ve done on the past has been all DIY. With The West Side, Zack Lieberman and I were the entire crew. I’m used to directing while having to pull focus, monitor audio and be the camera operator. Just stepping foot on set and having my name on the slate, an AC and an operator — that to me was a great crew.

Filmmaker: What about lighting?

Koo: Greg, the d.p. and I, had a lot of talks about this genre of film having a high contrast, saturated, gritty, crushed blacks look. I wanted to have a flatter, European naturalistic feel, and to light it in a very controlled manner that would make it feel like it wasn’t “lit.” We couldn’t afford a grip truck but we got a sprinter, a Euro van, and the crew pulled equipment out of that. We used a 12 x 12 book light, which we bounced an HMI off of to have a soft source. We were just moving that around as we shot in different locations in the gym, using various diffusions and bounce cards.

Filmmaker: So here’s the other half of my question about the riskiness of the approach of making a short to demo a feature: tell me about the decision to premiere online instead of at a festival, where acclaim and the gathered business community could help the feature?

Koo: In an ideal world, a hybrid approach would be great, [including] going to a festival and gaining laurels. But going back to The West Side, it’s been an objective of mine to put drama online that’s not what you’d expect. The complaint about The West Side is that it was slow, and I expect the complaint [about Amateur] to be that it is slow. It’s an eight-minute conversation, but that’s intentional, and we earn it. Also, NBA players and basketball players in general are active on Twitter and aren’t at film festivals, and it’s an objective of this short to reach them.

Filmmaker: How are you doing to do that?

Koo: The other goal of the short is to drive traffic to a website I launched with Assemble, who are trying to build a kind of WordPress or CMS specific for film websites. I worked with them to launch the site, which is focused on trying to reach the amplifiers in the Twitter world — people like LeBron James, who has a million followers. One retweet from him is more valuable than a thousand tweets. I’m taking a page from Kony 2012!

Filmmaker: You’re an accomplished designer — what made you want to work with Assemble?

Koo: I learned about Assemble from a tweet by Sheri Candler, and when I talked to them we were on the same page about how bad movie websites are. Coming from the web world, in terms of design, analytics, and conversion rates, most movie websites are terrible. Their objective is to be not terrible, so we were on the same page. My site is not a site for a feature with something to sell; it’s a short film aiming to build up a following with social media. I thought, what if there was a way to target specific high-value users of Twitter with pre-populated messages, so that every time you come to the site you get new messages and new people? And Assemble was able to do that programmatically and to plug it into their existing system.

Filmmaker: It’s been a year-and-a-half since the Kickstarter campaign, in which you raised over $100,000. If you had to do it over again, would you have launched the campaign so early?

Koo: I think the reasons why I did the campaign when I did it were sound. The project got into Emerging Visions, the script was read on stage at Lincoln Center, and those selections were when the idea of the movie was going public. So, the idea was out there, and [the campaign] was an organic way to leverage those selections to gain credibility. The Kickstarter campaign would also be a way to attract people to my team. I wish things had moved faster since then. I understand the frustration among some of my backers that it has taken so long. But it was not my intention. I guess if Ted Hope says the average independent film takes five-and-a-half years, then this is not out of the ordinary. My original estimated delivery date was August, 2013. I expect we will miss that but I was never expecting to send out DVDs six months later.