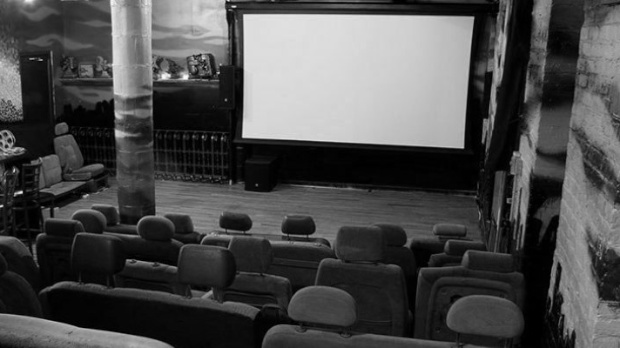 by Nandan Rao and Zach Weintraub
in Distribution, Filmmaking
on May 29, 2013

Filmmaker and cinematographer Nandan Rao co-founded Simple Machine, an online distribution platform that connects filmmakers with non-theatrical exhibition venues. In this guest editorial, he advocates that we stop looking to others for our exhibition opportunities and invent them ourselves. — SM

We Don’t Fit Into Their Business Model

“The arthouse theater” is a business like any other and right now it obviously can’t afford to promote new and challenging independent cinema, not in the face of made-up fees and conversion expenses implemented by bigger, sneakier businesses. Their primary concern is getting bodies into seats and keeping the silver-haired donors happy with the stories about hope and social justice that they’re paying to see. They don’t have time to seek out our movies, and they definitely don’t have time to generate an audience for them. That’s not their business, so don’t expect it. They need their Argos and Amours to keep the lights on. Someone else is going to have to do the legwork for the _________’s and ________’s (please fill-in the blanks with your latest festival favorites, or, if you might be so bold, your own titles).

Nobody Else Cares That Much

Your brother-in-law’s co-worker might have donated to your Kickstarter, but she still doesn’t care about movies as much as you do. Don’t expect her to start spending her free time reading HammerToNail and getting psyched about the next big festival lineup announcement. She won’t. But you will, and she trusts you, that’s why she donated to your campaign in the first place, so if anyone is going to get her to check out some off-the-radar shit, it’s going to have to be you, and she might not be reading your every status update, so reposting that Richard Brody review on your timeline doesn’t actually help her watch the film.

And it’s not just this fictional philistine co-worker who doesn’t care about movies as much as we do, nobody does. It’s hard to see that from inside this tiny bubble of film-centric blogs and Twitter feeds, so it can be frustrating when none of your friends from high school “like” the amazing movie you shared via NoBudge. But what if you liked that amazing movie enough to literally share it, like IRL?

Our Audience is Cinephiles

By definition this is true. There are many prescribed methods for accruing followers, backers, likes, loves, and favorites… All of which will supposedly translate into paying viewers. But here’s another way of looking at things: if we accept that our audience is indeed cinephiles, a relatively finite group of individuals, then logically all methods of “growing” your audience fall into two main efforts:

1) Get as many of the existing cinephiles as you can to see your movie (over other movies).

We all want a slice of the pie, but somebody has to do the baking, and we should probably all pitch in. Making a cinephile ain’t easy — it’s a slow-ish conversion process. But the main ingredient is known: exposure to a lot of interesting movies. So if you’re going to create more cinephiles, you’re going to need to find some Luddites and show them as many of said interesting movies as possible.

It’s Just Us in the Room

If you’ve ever screened your own work at a film festival but felt like “nothing happened” afterwards, it’s because I saw your movie and I didn’t do anything about it. There is no mysterious higher power that handpicks certain movies for greater recognition and exposure. It’s just people, and mostly people who read things like this, a room full of other filmmakers, bloggers, critics, die-hard fans, and the small handful of remaining distributors. So if anything’s going to “happen” to a movie post-festival, we’re the ones that are going to have to do the “happening.” It’s not of much real help to tweet good things about a movie if that movie isn’t available anywhere. End the incestuous cycle of “for us, by us”, make the movie available in your hometown, screen that shit to your neighbors, tomorrow.

Find a theater that will let you program a night, or find a business with a projector that’s not a theater, or just find a projector and turn yourself into a theater. You don’t actually need anyone’s blessing, and you don’t need a degree. You just need to have liked some movies, and you need to be able to find some people that haven’t seen those movies. If you can’t figure out how to set this up yourself, there are tools to help — hell, Filmmaker Magazine assembled a whole list of them a couple weeks ago. One of them (Simple Machine) was created by us for this very purpose, but the fact is they all work fine, there will be more to come, and you don’t actually need any of them. What you do need is to start showing movies.