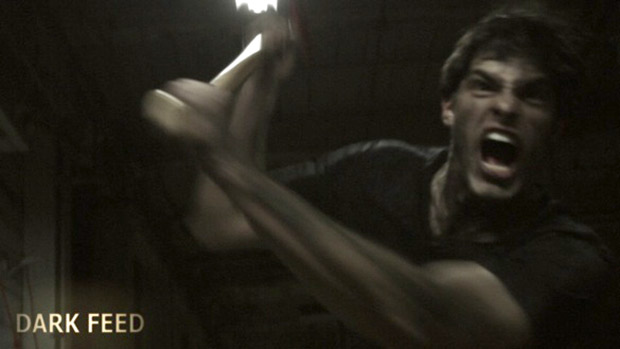 In the final part of our interview with brothers Michael and Shawn Rasmussen, they talk about the importance of music and audio, costume design, and how they found a distributor.

After writing the script for The Ward, which was directed by John Carpenter, the brothers decided they really wanted to direct their next script themselves.  They spent almost a year trying to raise money, but ultimately decided to shoot Dark Feed with a Canon 7D and the resources they had available.

Dark Feed was successfully completed and sold to a distributor, and they are now working on their second low-budget feature, Subculture. Currently in post-production, Subculture was just selected by the Fantasia Film Market to be part of their Off-Frontières Program.

Filmmaker: What did you do for music in the film?

Shawn: We were extremely fortunate in that once we had locked our edit we were able to get this fantastic composer, John Kusiak, who did the score for several of Errol Morris’s movies. It was just amazing working with him on the score.

Michael: Again, this goes back to this blind sort of ignorance, maybe blind optimism. Shawn was saying to me, “Maybe we should reach out to this John Kusiak guy, maybe he would be interested in the film,” and I said, “I don’t think so, why would he want to score our little film?” But you know, it never hurts to ask.

I think a lot of our success comes from Shawn picking up the phone and calling people who you’d never think would want to be involved and finding out that they have two months free, or a window of opportunity where they’re not doing anything and you can take advantage of it. In John’s case, who would have thought that he always wanted to do a horror film?

Filmmaker: Did you do the audio mix in Final Cut?

Michael: No our Sound Designer did it in ProTools. And we were lucky enough to mix it at National Boston, which was really helpful.

Filmmaker: Approximately how much time did it take to do the audio mix?

Shawn: We didn’t have much money so it took a lot longer. Depending upon how much money you have you might be able to get it done in a more condensed schedule. We had to find time when they weren’t using it and work around other people’s schedules.

Michael: A lot of our success came from allies we had at Boston University. Almost 80% of our cast is from BU. Two of the crew guys were faculty at BU and they knew people that got us the space to do the mix, and that was a huge help to us. 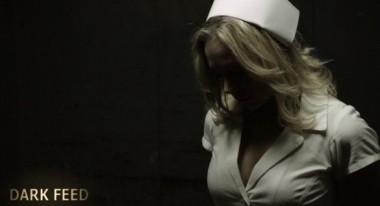 There is one more thing that was really important on our movie that we didn’t even think about when we got started, which was costume design. It’s not something you really think about in terms of an independent film, but our costume designer saved us on this film. We had 16 characters. When you’re dealing with blood and dirt and horror type things, you don’t think about the fact that you need several versions of the same outfit. She also created the nurse uniform, which turned out to be the iconic image for the movie.

I think a lot of people don’t realize how important the costume designer is to the movie, they’re extremely important.

Filmmaker: How did you find that person?

Shawn: Through Roger Danchik, our production designer, who became a producer at the end.

Michael: Whenever we were like, “Gee, we could use a sound guy or a costume designer or something,” we’d go to the people we know that are working in the industry and ask them if they know someone that they could recommend. A recommendation from someone you are already working with is always a big help.

Filmmaker: You had a plan to make it for as little money as possible; did you have any plan for what you were going to do with it once it was finished?

Shawn: We really didn’t have a fleshed out plan for the distribution. Our first goal was just to go out and make a movie.

Michael: Because both of us have backgrounds in corporate jobs — certainly that’s where we started — we were thinking of it as a business endeavor. The goal was to keep the budget down so that when we went to distributors we didn’t have as large an obstacle to climb in order to make money and to be profitable.

When it came time to find distributors, Shawn was very organized about that. We were fortunate enough to have some people we could get advice from. It was fortunate also that The Ward had just come out and had done reasonably well, so we were able to kind of piggyback on to that to help us find a distributor. 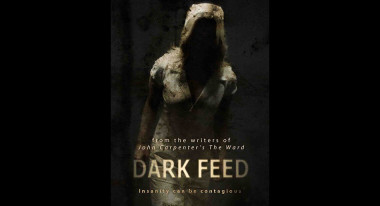 Filmmaker: What’s the agreement with the distributor?

Shawn: Lionsgate and Grindstone Entertainment picked up the movie for North American distribution. Once they buy the distribution rights to your film they really handle the marketing side of things. They did a great job with the trailer and the poster and we’re ecstatic that it’s on Redbox and in Walmart, because it’s just a tiny little film that we made.

Michael: We were very happy.

Filmmaker: Are you looking at other distributors?

Michael: If you really want to know how we found a distributor, we found a local sales rep here, Ronna Wallace, and she did a lot of legwork and had contacts at Grindstone. We had some favors that we called in to get the film to other people, but I think it really helps to have a sales rep out there hitting the pavement and we owe it all to her that we got in to Grindstone and then got Lionsgate. It was a very favorable deal too. She knew what she was looking for and she knew what to talk about.

Shawn: At first we were reaching out to agents, sending them copies of the movie, but it’s really hard to get people to spend a couple of hours watching a movie. We really didn’t have any success in getting a sales agent interested until we cut our own trailer and created our own poster image and marketing material. Once we did that we got a lot of people interested in looking at our movie.

Michael: I think a mistake that a lot of independent moviemakers make is that they just want to send the movie to the sales agents, but you really need to create some marketing materials so that they can visualize how they can market and sell the movie themselves.

I think if we had to give a big piece of advice, it would be to get a reputable sales rep and make sure it’s a favorable agreement, that they’re not going to take advantage of you, and then let them do what they do. We had to stand back and let her actually do the negotiating because we didn’t know what we were asking for.