Five Questions for A Plague So Pleasant Director Benjamin Roberds 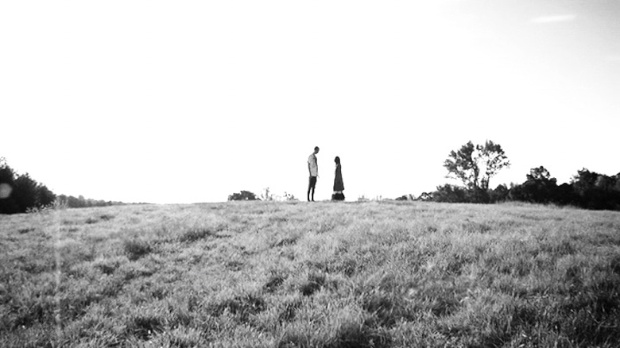 A Plague So Pleasant

by Scott Macaulay
in Directing, Distribution, Filmmaking, Production
on Aug 29, 2013

Putting a new cinematic spin on the zombie genre is Benjamin Roberds’ microbudget (under $3,000!) indie, A Plague So Pleasant. In the film’s near future, a zombie epidemic has created an undead population that is largely harmless, attacking only when threatened. It’s even a felony to shoot a zombie in the U.S. A Plague So Pleasant‘s drama turns on protagonist Clay Marshall’s desire to do just that — shoot a zombie, the boyfriend of her sister, in order to jolt her back to reality.

Also significant about A Plague So Pleasant — the filmmakers are releasing it online and for free. Below I ask them about this distribution method as the challenges of finding new gore in the zombie genre.

Filmmaker: The idea of passive, apathetic zombies — where did that come from?

Roberds: Initially the idea came to me as one scene: the main character and his sister strolling through a field of zombies with the undead functioning as an eerie background aesthetic instead of a threat. The rest of the film was then built around that first concept.

Filmmaker: Why black and white, and what did you shoot the movie on?

Roberds: I wanted the film to chronicle how the zombie genre has evolved over the years and I thought the best place to begin would be with the classic Night of the Living Dead black and white. It also helps to exhibit the sense of hopelessness and dread that comes with living in a society where everyone tries to ignore corpses walking around all day. The film was shot with a Panasonic DVX100 camera using miniDV tape.

Filmmaker: In your opinion, what’s missing in current zombie fiction. Is there anywhere new the genre can go?

Roberds: Part of the reason I wanted to go feature length with A Plague So Pleasant is that I really felt the genre was missing a dreamy slow paced psychological film and now two years later with the film done, it’s hard to say what the genre’s missing now. The variations that can be applied are virtually limitless. One of the film’s producers initially misunderstood the premise and thought that the zombies would attack not only if someone aggressed upon the undead but if people aggressed upon one another. I found that to be a very interesting concept. If zombies became a worldwide deterrent against human violence that could create a very complex story.

Filmmaker: What were the limitations and benefits of a $3,000 budget?

Roberds: At many points in the filming process we had no money at all which greatly limited what supplies we had access to, how many extras we could handle on certain days and how much blood we could use. Having David’s character covered in blood for half the film was a strenuous continuity issue but it quickly became the norm to drench him at the beginning of each shoot. The big benefit of the low budget is certainly the creative freedom that comes with not being engulfed in a professional atmosphere. On the majority of the shoots it was literally just Jordan and I with a camera and our friends were the actors and extras.’

Filmmaker: Why are you distributing the film for free?

Roberds: It’s really liberating to be able to offer free content. I’d rather lose the money we may have earned than lose the audience we may have turned away by requiring them to pay a fee or buy a disc. At times it can be troublesome to act as our own distributor when all we want to do is make movies, not promote them. It’s hard to say what we’ll do in the future but so far it’s been well worth it being able to simply say, “Go to the website, watch it and enjoy it.”