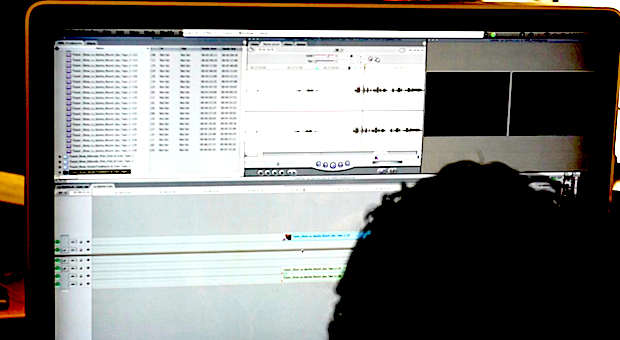 Flickr photo by torres21, used fairly thanks to Creative Commons

by Katie Carman-Lehach
in Filmmaking, Post-Production
on Aug 21, 2013

Let’s face it. Being an independent filmmaker often means having to find unusual solutions to problems that most Hollywood filmmakers would just throw money at. You can’t turn around and hire a foley artist to replace those garbled or missing footsteps, or hire a 2nd unit cameraman to film a specific shot you missed, etc. In many cases, you are the one editing your film and so you’ve gotta figure out a way to make it right, and do it free or cheaply (and hopefully fast!)

In my continuing quest to seek out the best resources for post-production goodies that are 100% gratis, I’ve come across a few really helpful websites, for sound effects, footage and photos and even After Effects templates. Some websites/content creators have varying levels of fair use though, so please make sure to read how to properly credit the artist and artwork before you use any of these resources (stealing is bad!):

I’m so thankful to have discovered Freesound.org, a user-generated collection of audio samples all created under the Creative Commons license. I’ve used downloads from Freesound in just about every one of my films, sourcing all sorts of bizarre sound effects, from zombie snarls to body slams and footsteps, etc. You name it, they’ve probably got it. The quality of each sample varies depending on the creator, but more or less they are all top-notch quality and will add a great deal of production value to your project if used right.

I also appreciate the community that Freesound has fostered — creators enjoy seeing how their work has been used, and Freesound has even created a section of the site where users can connect and ask content creators to record something specific if you can’t find it in their database. One other really helpful thing is that with your (free) login you’re able to track every single file you’ve downloaded, and later export it into a handy list for easy importing into your credits.

Videocopilot.net is mainly a commercial website for After Effects elements and packages, but what is most helpful for us no-budget filmmakers (and generous of them to offer) is their database of absolutely free downloadable After Effects template files: http://www.videocopilot.net/blog/category/project_files/

The projects range from simple text-credit rolls to more involved photo slide shows and effects, and there are files for every version of AE, each super easy to use and customize. Their tutorials are also extremely helpful in situations where no template exists, but I visit most often for the free AE templates. (Honorable mention for additional free After Effects templates which I’ve used a few times.)

Another one of my go-to websites for random fair use footage and photos I can’t easily source elsewhere is Archive.org, aka “The Internet Archive,” which is a 501(c)(3) non-profit founded to build an Internet library, providing access to historical and cultural collections that exist digitally and have been made public and fair use.

The Archive includes so many varied collections of items and media (mostly vintage or pretty strange), from texts and audio files to movies and archived webpages, you could spend an entire day just perusing through. The best place for us filmmakers to start though is the Movies page. The Spotlight Film is always quite interesting —  as of writing this article, they’re spotlighting a 1940s Russian science film titled Experiments in the Revival of Organisms. Creepy!

Also: the Prelinger Archives are great to dig through as well, and filled with all sorts of vintage commercials, instructional films and even some home movies.

Most people know Flickr for its photo-sharing capabilities but a partnership with the Creative Commons organization has also allowed photographers to make their photos public and available for commercial use by way of the Creative Commons license. It may seem time-consuming to have to search photos and then check each photo’s specific license, but Flickr has actually enhanced their Advanced Search tool to search only for photos “within Creative Commons-licensed content” that can be used commercially, or can be modified, adapted or built upon (or both), making it much easier to source photos you can legally use (as long as credited properly).

And don’t forget, the Getty Museum is now offering 4600 of their famous artworks to be downloaded in hi-resolution jpgs, for use in any way you see fit so long as you credit the original artist.

With all this free content, you could almost construct an entire film without ever leaving your editing suite (not that we suggest that). Happy editing!