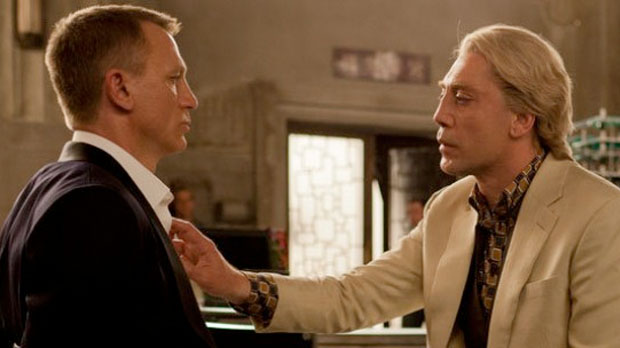 – In 2012, of the 101 releases from these major studios, only 14 of them contained characters identified as lesbian, gay, or bisexual (and not a single movie released contained a character who identified as transgender).

– Of those films which did have LGBT characters, the majority of those characters were male (55.6%).

– And of the 31 different LGBT characters they found (some only appearing for mere seconds),  26 were white (83.9%) and only four were Black/African American (12.9%). One lone character was Latino (3.2%) and there were zero Asian-Pacific Islander or multi-racial LGBT characters represented.

– The most common films to represent LGBT characters were comedies. 37.5% of comedies released by these studios in 2012 were inclusive of LGBT characters, while only 8.8% of genre films, 4.7% of dramas and 0% of children’s/family films had LGBT characters.

The takeaway? LGBT representation in Hollywood is downright pitiful. And even the few Hollywood films that are considered “diverse” still seem to gravitate towards highlighting the white, male perspective.

It’s important to mention also how they they examined these films to determine if they had sufficient LGBT representation. The six studios chosen represented the highest theatrical grosses from films in 2012 according to box office data. From these films, GLAAD counted the total number of LGBT characters as well as whether they were major or minor characters. They also took into consideration whether the film contained anti-gay language or humor.

Additionally, GLAAD has created the “The Vito Russo Test,” a more rigid set of criteria to pass (similar to the The Bechdel Test,) which takes it’s name from GLAAD co-founder and noted film historian Vito Russo, writer of The Celluloid Closet, one of the most revered books on LGBT representations in cinema.

To pass the “The Vito Russo Test”, a film must have:

It’s pretty eye-opening to consider how few films actually meet this criteria (or the Bechdel Test, for that matter) — of the 14 major films GLAAD acknowledges for representing LGBT characters, only six (including Skyfall, Pitch Perfect and Cloud Atlas) actually pass The Vito Russo Test. Thankfully the GLAAD report offers some suggestions and solutions which I think could be applied to more than a few underrepresented groups in film:

– Giving LGBT characters more substantial roles, and in higher quantity (and when the story won’t allow for an LGBT lead character, to make sure they are fairly included in the rest of the cast, and along with heterosexual couples in crowd and ensemble scenes, etc.)

LGBT citizens are a major influence in global culture and one of our country’s biggest exports, so it’s essential that we show the world we embrace them by giving them fair inclusion and representation in our films. GLAAD’s Wilson Cruz agrees. “Until LGBT characters are depicted in these films in a substantial way with more regularity, there will remain the appearance of LGBT bias on the studios’ part. Whether it’s an action hero or a supporting character, moviegoers should be able to see LGBT people as integral players in the stories told by leading Hollywood studios.”

The full report is available online, and I highly recommend reading through it, as it provides very detailed breakdowns of each studio and how well they each fared (some better than others) along with other great information.

If you agree with GLAAD’s statement, there’s an open letter to Hollywood on their website you can add your name to. I know I’ll be adding mine.