OK, Enough, Goodbye To Be Released Via Vyer Films 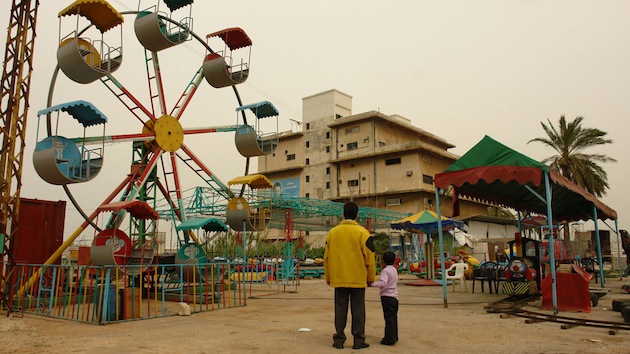 by Sarah Salovaara
in Distribution, Filmmaking
on Nov 6, 2013

Rania Attieh and Daniel Garcia, two of Filmmaker‘s 2011 “25 New Faces,” have found a home for their debut feature, OK, Enough, Goodbye, at Vyer Films. An unusual coming of age tale, Ok, Enough, Goodbye centers on a protagonist who is effectively old enough for a mid-life crisis. The aforementioned, nameless 40-year old man lives in Tripoli, Lebanon, with his mother, having long relinquished any prospects for independence. But when his mother abruptly leaves, the man is left with nothing but his surroundings. As he struggles to find his bearings adrift in the small city, he must keep his mother’s absence a secret.

Attieh and Garcia won the best new director award at the Abu Dhabi Film Festival before embarking on a lengthly festival run, which included stopovers at Karlovy Vary, BAFICI and HIFF. For the first time, the film will be available off the circuit, as the Brooklyn-based Vyer Films will begin streaming it exclusively tomorrow. Vyer’s catalogue offers supplemental features — such as director interviews, essays, statements and reviews — in addition to good company: Nathan Silver’s uniquely heartfelt Exit Elena is also available through the distributor.

View a trailer for a film below, and watch it in its entirety at Vyer beginning November 7th.