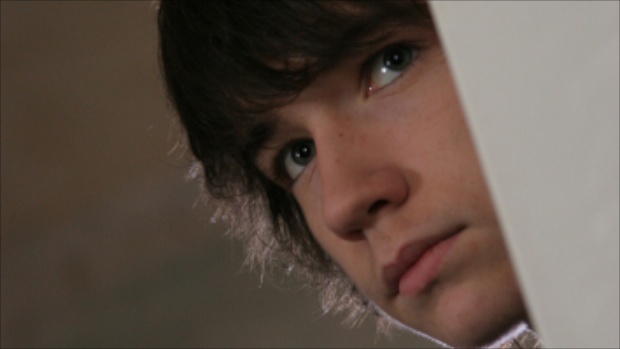 by Scott Macaulay
in Distribution, Filmmaking, Financing
on Nov 25, 2013

Please see important update at the bottom of this post.

Plenty of tech vendors use Kickstarter as a pre-sale market, so why not filmmakers? In a letter to backers of his film Ned Rifle — reprinted here with permission — director Hal Hartley announces the inclusion of territorial theatrical rights as Kickstarter rewards. Pledge $3,000 and take Hungary. $5,000 gets you Finland. And a cool $9,000 gets you Spanish-speaking Latin America. Of course, these numbers are for theatrical only. Hartley is retaining home video and electronic distribution. But, as he notes in his letter, the asking prices are low, enabling someone with a connection to one or more arthouse theaters to recoup his or her expenses.

Ned Rifle is the third film in a Hartley trilogy that includes Henry Fool and Fay Grim. With nine days to go, Hartley is hovering at just under half of the $384,000 goal needed to make the film. Read his letter below, and visit Kickstarter to back the film.

Well, since the difficulty seems to be that I make films not sufficiently mainstream for established distributors to be able to risk getting involved early (which is how we used to finance films), I thought I should just go to the people whom I know want to see my work and offer them the opportunity to distribute the film. A lot of them do seem to be business savvy people. And this is a good business opportunity. I can offer advice along the way. Me and my team have done it in the United States at least once with The Girl from Monday (2005). The cast and I can be, within reason, available for personal appearances and so on.

Since one is not allowed to offer equity through Kickstarter, I’ve made the reward the outright full purchase of distribution rights for 7 years. The backer can do whatever they want with these rights: make money, not make money, whatever. Though I hope the backers turn out to be industrious types who do try to do business with the rights. And I hope they make money.

For me Kickstarter and any other form of crowd-funding is not some sort of charity or subsidy. It’s old fashioned cyber assisted mercantilism: exactly what happens between a person who grows grain in the country and a baker who makes bread in the city. They both have something the other wants. And it’s a lovely thing.

Of course, distributing a film incurs various other costs depending on how widely you’re opening it, but—to help put this in perspective—$9000 for the US theatrical distribution rights represents 600 tickets sold at $15:00 each. There’s an art-house theater in almost every American city that has one or more colleges. And they play my films. Like any other kind of business, one tries to keep the expenses as low as possible while getting the word out to as many potential ticket buyers as possible.

I want to be clear that I’m not trying to do something here that I consider revolutionary and dreamily idealistic. In fact, I’m drawn to crowd-funding exactly because of how sensible it is for certain types of effort. (I’m still not certain my NED RIFLE effort is exactly right, but I’m willing to risk it.) I’m not trying to “buck the system” or throw a wrench into the works of the established film distribution business. I’ve had great experiences with companies in that business. I just have come to think (as I thought at the start of my career) that there are exciting marginal streams that exist on the boundaries of the mainstream and they almost constitute different businesses requiring different ways and means. By temperament, I’ve always felt more in tune with those marginal streams. Though I’ve been pleased when my films occasionally found themselves in the bigger, more established, mainstream distribution machine (it’s fun to see your poster in the subway!) my interests make my films less mainstream and less popular and harder to bet on for established distributors. I appreciate their dilemma. And I ought to just move in a different direction, devise different methods, pursue different aims.

Most of the income I earn from my films comes from the home-video market and electronic distribution, Video-on-Demand, and so on. The limited theatrical release, potentially profitable for a small distributor who keeps all her net proceeds, functions as excellent advertising for the film’s electronic life. As do festival screenings. So it can work out for all involved.

UPDATE: Shortly after Hartley sent the above letter to his backers and we posted this piece, he was required to remove these rewards from the Ned Rifle Kickstarter page. He writes, “It’s outside Kickstarter’s rewards guidelines as a form of investment. I agreed to play by their rules. But we hit a grey area in those rules. Now things are pretty black and white. It’s was pretty exciting there for a few hours, though!”