Why Didn’t Shane Carruth Change the Distribution Paradigm for this Year’s Sundance Filmmakers? 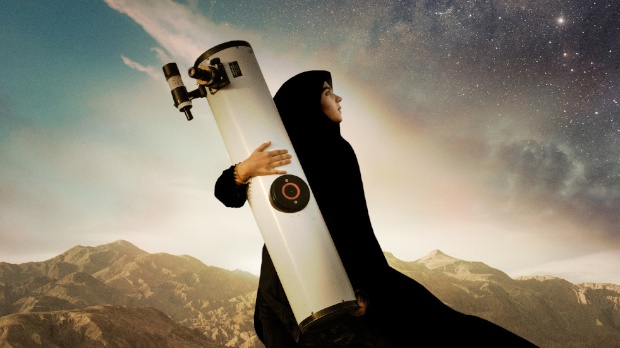 While many Sundance filmmakers last year this time were nervously awaiting distribution deals, one had done something completely different. Upstream Color director Shane Carruth entered the festival with a DIY distribution plan already in place. He partnered with Sundance Artists Services’s Joseph Beyer and distribution consultant Michael Tuckman, devised a theatrical campaign and swift VOD rollout, and was already at work on merch for the large fan base eager for the follow-up to his cult classic Primer. Carruth and his team pre-screened the film for journalists, including Filmmaker, and, we responded by endorsing both the movie and its distribution paradigm, putting it on the cover of our Winter issue.

By our standards, the film — reportedly budgeted in the low six figures — was a success, grossing approximately $460,000, selling to multiple international territories and, according to Byer ranking as one of its top 2013 titles.

So, one year later, why have no other Sundance filmmakers embraced Carruth’s model?

If there was a year to have gone DIY, it would have been this one. Although many deals will undoubtedly be announced post-festival, acquisitions have seemed sluggish — although perhaps that perception is more due to the lack of one huge buy. (Top deals, like Sony Classics buying Whiplash and the new Focus Features picking up Wish I Was Here, have hovered in the $2.5 – $3 million range.)

This is not to say that there hasn’t been distribution innovation at the festival this year. The film coming the closest to claiming Carruth’s “new model” mantle — minus the DIY element — might be Mitt, Greg Whiteley’s documentary on the presidential candidate. Netflix acquired the film as a “Netflix Original” pre-festival, and, using Sundance as a media launch, premiered it for its subscribers on the festival’s second Friday.

Another film launching digitally during the festival was Berit Madsen’s Sepideh, a documentary about an Iranian woman who dreams of being an astronaut. In Sundance’s World Documentary Competition, the film was released on iTunes for rental and purchase on Tuesday, marking the first time Apple’s service released a Sundance title during the festival.

During the festival I asked a number of filmmakers if they had considered emulating Carruth by using Sundance as the launch of their own DIY efforts. They all shook their heads, but their reasons were subtly different. Chris Ohlson, producer of the Zellner Brothers’ Competition title Kumiko, the Treasure Hunter, said, “We definitely considered that sort of model. I was a big fan of Upstream Color and what Shane was doing. But we felt like with our movie, and the mystery to it, and having this international star [Rinko Kikuchi] we wanted to go in a more traditional way.”

John Baker, producer of Tim Sutton’s Next selection, Memphis, says Carruth’s circumstances were unique. “Shane had such a strong following with Primer. People were really excited about his film, and he knew exactly knew how he wanted to release the movie. He thought about the packaging, and he also finished the film six months before Sundance, so he had a lot of lead time to strategize. I think he had a lot more in place to make that [approach] work.”

Baker also touches on something more subtle — the fact that you have to be optimistic to be an independent filmmaker. Having summoned the optimism to make a film, it can be hard to then become an austere pragmatist and assume no good distribution deal will be forthcoming. “There’s the idea you get one shot at Sundance — to leave the playing field open and see if somebody really responds to it,” he said. (Memphis was one of six films picked up by AMC Sundance Channel Global.)

Producer Mike Ryan elaborated on a point touched on by many I spoke to: the difficulty of creating awareness for an independent film title, even with Sundance as a launch pad. Said Ryan, “I think there wasn’t any real fiction film that had serious juice and a sense of confidence coming into the festival. That ‘360’ self-release model still relies on the fact you’ve got some sort of history to capitalize on. Right out of the gate, people fear, how are they going to get recognized in the crowd except with a big guy coming in helping them launch?”

But the most succinct answer to why no one rolled into Sundance with a Carruth-like DIY plan came from Sundance Artist Service’s Chris Horton, who replied via Twitter to my pre-festival query. After he noted that out of 118 films premiering at Sundance last year, 90 got distribution, we had this exchange:

@FilmmakerMag Me too. Lots of the docs have TV + agents selling other rights. Narratives w/ cast will sell. Narratives w/o cast aren't Shane