The NC-17 Rating Needs to Be Abolished (We Should Know, We Made an NC-17 Movie.) 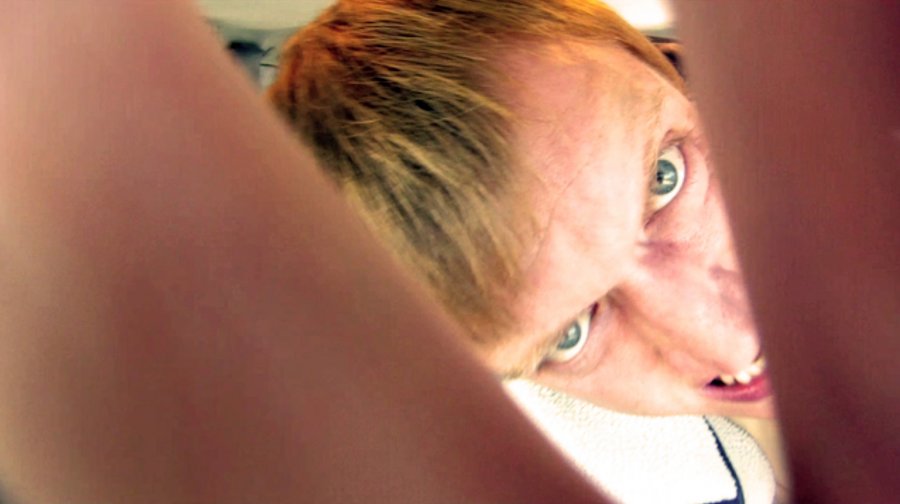 by Lukas Kendall and Robert Nathan
in Distribution, Filmmaking
on Jan 29, 2014

Concerned about our film’s intense content, we submitted it for an MPAA rating. We accepted “NC-17 for explicit sexual content” because, in all honesty, it is the correct rating. Nonetheless, the NC-17 rating is fundamentally flawed and needs to be abolished.

NC-17 is a charade, for all intents and purposes dying on the vine. It is a deterrent to ensure that a certain degree of explicit sex (and to a lesser extent, violence) is never depicted in a major studio film except for the occasional vanity project. It is rarely used, inconsistently assigned, and will never be accepted to the extent necessary to legitimize it. It pushes controversial content out of the system, distorts the kinds of movies that can be made, creates an unhealthy “forbidden fruit,” stigmatizes human sexuality and restricts artistic expression.

We are indie filmmakers who are trying to work within the system, and we feel we are being punished for it. Please consider the following hypocrisies:

1) Sex vs. violence. Our culture celebrates violence and shames sexuality. How many action films feature over-the-top mayhem, murder, torture and death, yet are rewarded with multi-million if not billion dollar grosses? Perversely, the more sanitized the violence, the more acceptable it is — “fun” violence appeals to our dark reptile hearts, and that’s good for business. Sex, on the other hand? The highly acclaimed Blue is the Warmest Color was given the NC-17 because it dared to show the single most threatening thing to Western civilization — the vaginas of gay women.

2) Film vs. television. We decided that we did not want to film actual sex in Lucky Bastard. We needed to draw a line as to what we would and would not show and looked to late-night pay-cable television as a guide: HBO’s Real Sex and Cathouse programs — those brave documentaries for our nation’s insomniac masturbators — show everything except penetration and erect penises, as does “Skinamax’s” infamous softcore porn. So we have to ask…would not these programs all be NC-17 if rated theatrically? An episode of Girls showed ejaculate on a woman’s chest after a rough sex scene — surely this would be NC- 17?

3) NC-17 vs. Unrated: NC-17 films are distributed all the time — just under the euphemism “unrated.” Distributors double-dip: one version is the (barely) sanitized, theatrical R cut, while another is the “unrated” (extra sex and violence) version — home video releases do not have to carry a rating the way theatrical releases do.

4) Major studios vs. indies: The Wolf of Wall Street stirred up a storm for its depiction of sex and drug use. If that film is R, while Lucky Bastard is NC-17 — watch the films back-to-back and you decide. Clearly, a major studio, world-famous movie star, beloved director and their high-powered representatives had the ability to dictate a rating to the MPAA the way a no-name indie does not.

The MPAA’s definition of NC-17 states that such a film contains content “most parents would consider patently too adult for their children 17 and under.” Nothing wrong with this — yet banning children from an NC-17 film applies the rule not to “most parents,” but to all parents. This is censorship and it is wrong. A movie is not an alcohol or tobacco product with a public health justification for banning its sale to minors!

Lucky Bastard has intense, extreme moments — but it is no more graphic or explicit than any number of movies and television programs widely shown on VOD, DVD and pay cable. And yet, even now that we have landed with a distributor we love, who support our use of the rating — CAVU Pictures in New York — it is an uphill battle to exhibit the film. We have neither major movie stars (as Shame did) nor international prestige (Blue is the Warmest Color). We have a rating so seldom used it seems novel to the public, but within the business it means one thing: this isn’t a movie, it’s toxic waste.

The one ironic upside of the NC-17 is that people are so conditioned for an unholy abyss of sex, gore and bodily fluids that they expect the audience’s faces to melt like in Indiana Jones. When this fails to happen, they ask what the big deal was.

Which brings us back to practical reality: Yes, label the films and let parents decide what their children should watch. R movies have always restricted children from attending unless accompanied by a parent or adult guardian. In lieu of NC-17, simply use the R with explanatory language. This is already the reality for big business (The Wolf of Wall Street); let it apply equally to the little guys. Let movie theaters exist in the same world as television, home video and the Internet — in other words, the real world of 2014.

Lucky Bastard will premiere February 14 at the Cinema Village in New York and March 7 at Laemmle NoHo 7 in Los Angeles, adding additional cities throughout March and April — without so much as a frame changed from our intentions. The MPAA (which we found surprisingly easy to work with) offered us guidance if we wished to recut the film to obtain an R — but warned it might take multiple resubmissions. We didn’t even have the coverage to cut around the things they warned would result in NC-17 — like all sex in a pornographic context, and “skin-on-skin contact” and “thrusting” during sex. (How else does one have sex?) We recalled our Yakov Smirnoff — “In Soviet Union, movie recuts you” — and said thanks but no thanks.

Lucky Bastard speaks truth to power in disturbing ways. It refuses to criticize the men and women who work in pornography, but does criticize our culture’s appalling appetite for “humiliation entertainment.” We have accepted the NC-17 so audiences know what they are getting into — but we do not wear it as a badge of honor. Make no mistake, we wear it as a descendant of the original, actual Scarlet Letter of Hawthorne’s novel — a demonization of sex and, especially, women and their bodies. The NC-17 may have been conceived with good intentions (as a replacement for the X rating) but it has never worked and is more anachronistic than ever. It is a stigma that attempts to shame the wearer and, by extension, those who come into contact with it.

If people love or hate Lucky Bastard, let them do so — but because of the movie, not its asinine rating. If the rating gets in the way of audiences even getting the chance to experience the movie, we will climb the hilltops and shout about it until we have no more breath.

Lukas Kendall is the founder of Film Score Monthly.

Robert Nathan is a Peabody Award-winning and Emmy-nominated television writer-producer who has been on the staffs of many acclaimed television series, including ER and the three series in the Law & Order franchise.