“Owning Your Own Copyright Is a Good Thing… Until It Isn’t.” Producer Jim Stark on Filmmaker Rights and Responsibilities 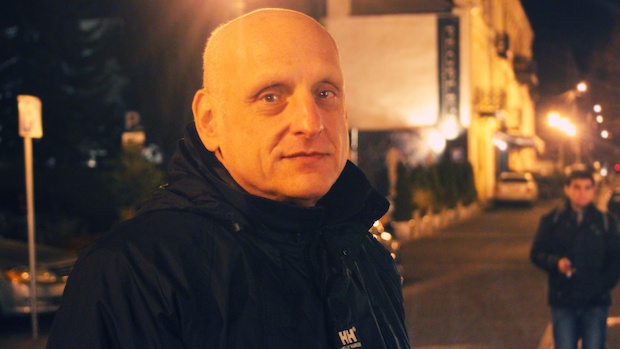 In today’s treacherous distribution environment, should filmmakers seize control of their destinies by controlling the copyright of their films? That’s the question posed — and answered in the affirmative — by Chris Dorr in a recent blog post, “We Own Our Own Copyrights.” But this argument isn’t one that’s just arisen in the digital era, and, I’d argue, Dorr’s conclusion isn’t one that filmmakers should automatically reach. Owning copyright and tending to a film’s needs over the course of a lifetime is a choice some filmmakers will benefit by making. Others will be better off taking a fee for their services and moving on, leaving the years worth of work to financiers and production companies.

After reading Dorr’s piece, I flashed back to conversations I’ve had with producer Jim Stark (Down By Law, Mystery Train, Factotum, Zenith, and Holy Days) over the last 20 years. Back when I started producing, I associated Stark with the “own your own negative” business model. But such an approach is not always easy. After reading Dorr’s piece, I asked Stark if he would discuss the issue in-depth, and, returning from the Berlin Film Festival, he graciously agreed. — SM

Ownership brings both rights and responsibilities.

With rights come control. Because we owned the rights we could require in our contracts that a film that would normally be dubbed into the local languages in various European countries would be released only in subtitled form. And, when the home video vogue was to present full screen, pan and scan, we could insist on only a letterboxed release in the original theatrical format. In one case, we made a color version of what was intended to be a black-and-white film because U.S. home video companies at the time did not want to release black-and-white films. The film was released in black and white in the theaters, and in color only on home video in the USA. After the initial home video license in the USA, we buried the color version so that the film can now only be seen as it was originally intended: in black and white. Ownership of the copyright let us do all of this.

Being the rights owners also allows the filmmakers (rather than a studio, or financier) to determine the strategy for release. We got to decide how and where (usually which festival) to launch the film. On more than one occasion we sold the film to the best distributor for less money than we were offered by another, much less concerned, or even unsavory, alternative. It also let us exercise an unusual level of control over the stills, poster, the way the film was presented and marketed and, of course, the quality of the prints and video transfers.

But there is definitely a downside. Filmmakers want to make films. By temperament they are ill equipped to faithfully deal with the headaches and pay attention to all the details that film ownership imposes on a responsible owner.

If you want to maintain the copyright you will have to file for registration, sometimes in more than one country and often with expensive deposit requirements (the U.S. Copyright Office wants a “best copy” which can be a 35mm print, DCP or whatever else they ask for). You will also at some point probably need a Certificate of Origin and perhaps proof that the owner pays taxes in the USA (to avoid double taxation on payments from abroad).

For TV sales in the English-language countries (and now for the ever popular cable channel VOD sales) you–as the copyright owner–will need to retain and perhaps repeatedly renew Errors and Omissions Insurance (against copyright, libel, privacy, publicity and related claims). This means paperwork, phone calls to your broker and an exorbitant (especially for old films against which no one has ever filed a claim) fee.

Films are usually produced and owned by single purpose corporations (or other limited liability entities). Keeping these in existence for the life of the copyright means payment of annual taxes, filing state and local tax returns and other paperwork and working with bookkeepers and accountants. If the films were made under union deals (depending on the union and the deal) there may be periodic reports to the unions. If you are lucky enough to make a film that people want to show again and again over the years, you will have to go through old files to find whatever they need to license or show the film and could find yourself searching through old storage boxes for yellowing sheets of a dialogue list (I have some that have never been on a computer!) or 35mm slides of stills.

Speaking of old storage files, each film probably generates at least 10 storage boxes of paperwork (contracts, releases, credit lists, etc.) that should be retained, some indefinitely. Someone, somewhere has to store them.

And the copyright is no good at all without the original film materials. For pre-digital films that means optical negatives, IP’s, IN’s original cut negative, trailer negative, etc. etc. Boxes of this stuff. And it should be kept in climate controlled storage. That means monthly storage bills (and it does not come cheap).

More recently produced films are both easier and harder. There is less “hard” material but how exactly do you preserve digital “original” material for decades? I honestly think no one knows. At a minimum you need multiple digital storage systems in multiple locations (hard drives, tape drives, and maybe someone’s “super secure” storage server). Some of these will also cost a monthly fee. If you are super rich and careful you would make some kind of archival film copy and keep that in climate controlled storage.

As the owner, you will have to get used to being pulled away from your latest project (hopefully your best and most successful ever) to focus on a project you did years ago, taking phone calls and sending a series of emails where you try desperately to remember where you put some document or piece of material 20 years ago.

And then when there is a major technical innovation in the way films are distributed (say, the shift from tape to download or from projection of film prints to DCPs) you have to go back to all the original film materials and make a significant investment of time and money in doing major post-production work on a film you thought you finished ages ago.

Of course, all of this is much more palatable (and easier) when the film is producing an annual income stream that allows you to be paid for your time and/or hire someone else to help you with all this work. But in recent years the sale prices of library titles have gone into free fall. With no prospect of any improvement in the future (and the almost impossible task of selling individual or a small number of titles for anything more than a hundreds of dollars per year), your ownership leaves you looking at a future of continued work in return for a declining bank balance.

Maybe the best thing is to own the copyright, release the film in the manner and form you desire and then transfer the copyright (and all the materials and paperwork) to one of the archives that are now actively seeking to preserve indie films (like the archive Sundance has created or the Academy of Motion Picture Arts archive).

Owning your own copyright is a great thing. Until it isn’t.