The Women of SXSW: The Winding Stream Director Beth Harrington 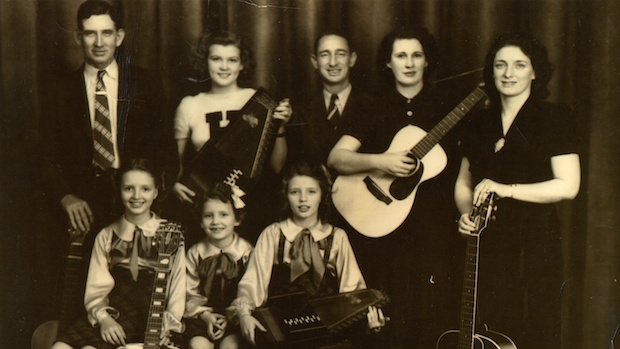 by Danielle Lurie
in Directors, Interviews
on Mar 11, 2014

Following her “The Women of Sundance” article in our print and online additions, Danielle Lurie continues her coverage of female filmmakers with a series of pieces highlighting women directors at SXSW. In this email interview, she talks with the director of the documentary The Winding Stream, Beth Harrington. The film premieres Saturday, March 15 at 7 PM at the Ritz Theater on Sixth St.

Harrington: I’m a filmmaker and a musician, and about ten years ago I made a film about women rockabilly singers called Welcome to the Club. It did well, aired on public television and screened at various festivals, including SXSW, and even got a Grammy nomination. The side story that emerged while I was making it was the story of some other musical pioneers — the Original Carter Family. I decided I wanted to make the film that showed their incredible impact on American roots music and their relationship to the legendary Johnny Cash.

Harrington: It was brutal. I was fortunate to receive funding from the National Endowment for the Arts, the Virginia Foundation for the Humanities, the Faerie Godmother Fund (a fund for Northwest women filmmakers), and the Roy W Dean grant. But the budget for this was my biggest ever, and the grants alone couldn’t cover it. I found generous executive producers, and I did numerous fundraising events and two Kickstarter campaigns. And I’m still raising money. It became the thing that consumed the most time in this production.

Harrington:My meeting with Johnny Cash. I interviewed him at his home, and he was just terrific — funny, warm, animated, kind. But the best part was he entered the room via an elevator that had a clear front. He descended from the ceiling as we looked on. If my crew and I weren’t already nervous about meeting him, having him enter from the heavens really ratcheted that up.

Harrington: I have two other female producers and two female co-producers. We had one female camera person (we used several). I tried to work with the best people I can find. And I do try to involve women filmmakers as much as possible when I evaluate talent.

Harrington:I don’t know. I do know that the Carter Family tells the tale of three musicians and two of them were women who altered the course of country music. I emphasized how being mothers affected their ability to tour and how they folded their children into the act to keep the family together.

Harrington:I’ll never know for sure. I attend markets and look around and don’t see many women. I see a certain demographic of guy on the filmmaker AND decision-maker ends of things, and I think, hmmm. People get comfortable doing business with people who are like them.

Harrington:I think we just need to persevere and honor each other’s work and support one another. And hopefully we will get over and help each other up. I have been on the boards of Women in Film chapters in Boston, Seattle and Portland, and I think it’s a great place for us to connect and rally.

Harrington:Getting The Winding Stream into wide distribution. Also, I’d like to do another music history film about a pioneering all-female rock band. But someone would have to drive the truck with the money up to my front door.

Harrington:I think it would be great to find a corporate sponsor at SXSW to help me finance the further distribution of the film!

Harrington:How long did the film take me to make? Answer: Over a decade.